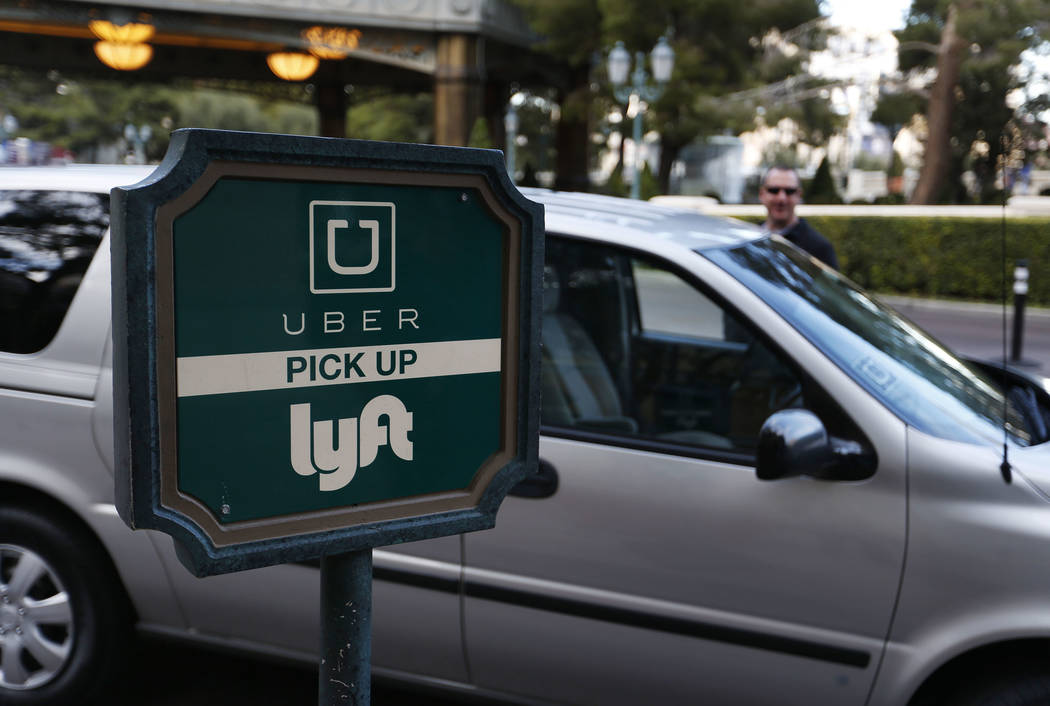 A driver waits to pick up passengers at an Uber and Lyft pick up area at the Bellagio in Las Vegas, Jan. 14, 2016. (John Locher/AP)

CARSON CITY — A bill that was amended in the Assembly late Friday could run Uber and Lyft out of business in Nevada, critics of the measure said Monday.

The transportation network companies say the amendment increasing insurance requirements and requiring drivers to get businesses licenses before they begin working would end ride-sharing in Nevada, said one press release criticizing the move.

It was heard Monday by the Assembly Ways and Means Committee, but the policy issues raised in the amended bill were not brought up for discussion.

Senate Bill 226 began as a measure designed to ensure that contractors who work for the companies obtained state business licenses.

But the amendment added by Assemblyman Richard Carrillo, D-Las Vegas, added the other requirements, including obtaining a permit from the Nevada Transportation Authority.

If passed, drivers would be required to carry a minimum of $300,000 in coverage when using the app and a minimum of $1.5 million when providing rides to passengers. The ride-sharing companies say the insurance requirements would be the highest in the country.

“The Nevada Legislature is contemplating a radical transportation proposal that will move the state backward,” association director Robert Callahan said in a statement.

“This proposed regulatory scheme is nothing more than a thinly veiled effort to recreate the old taxicab monopoly by eliminating ride-sharing services from the state,” he said. “If this proposal is passed, Nevada will become the only state in the nation to reject progress and better accessibility to transportation options for its residents.”

The bill remains in the Ways and Means Committee awaiting potential action. If approved by the Assembly, the Senate would have to concur in the changes.