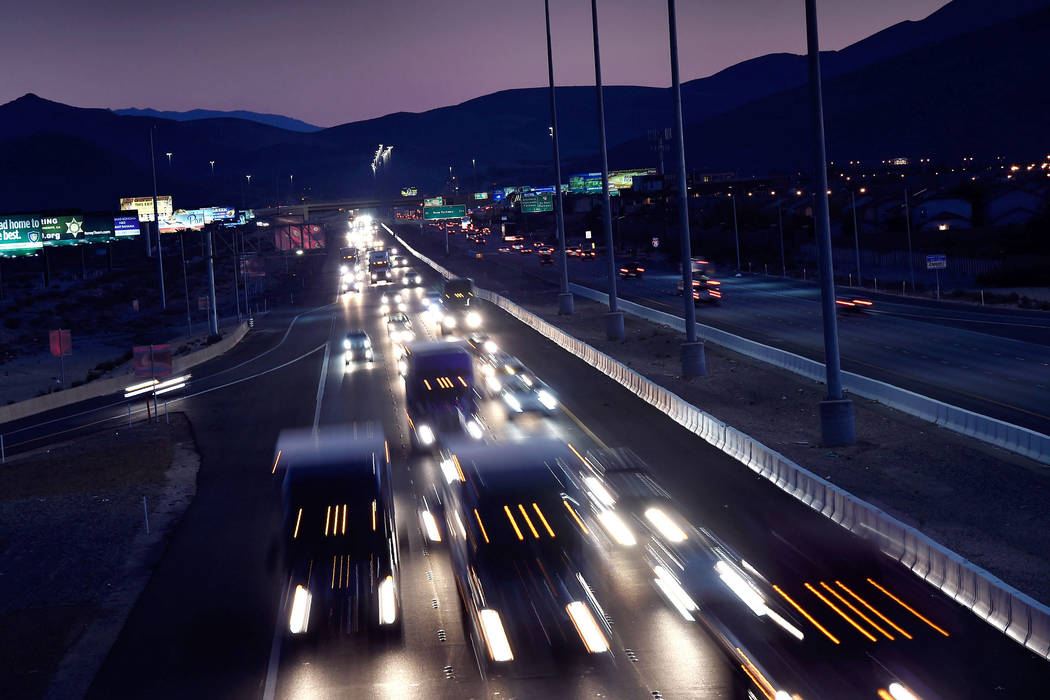 CARSON CITY — Highway slowpokes who snarl traffic by driving in the left lane could get a ticket under a bill heard Thursday by the Senate Transportation Committee.

Assembly Bill 334, sponsored by Republican Assemblymen John Ellison of Elko and Chris Edwards of Las Vegas, provides that motorists on a highway with two or more lanes cannot keep driving in the left lane if they know or should know they’re impeding the flow of traffic.

The violation is a misdemeanor.

Ellison said the Nevada Department of Transportation plans to put up signs alerting slower traffic to keep right. He added officials also learned that a question about slower traffic having to keep right is no longer part of a driver’s license exam.

“They are going to put that back in the testing,” Ellison said.

Edwards said it’s also a problem in Southern Nevada and has caused some drivers, frustrated with the slow pace in the left lane, to pass using the dirt shoulder.

In written testimony, one woman said her windshield was shattered by flying rocks and gravel when an enraged driver sped along the shoulder of the I-215 Beltway to get around slow drivers in the left lane.

The committee took no immediate action on the bill. There was no opposition.