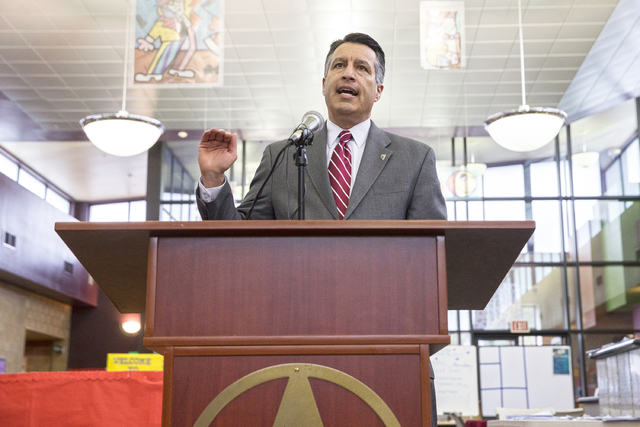 The money is part of the 21st Century Cures Act, passed by Congress late last year, which included $1 billion in grants to help states deal with growing opioid abuse.

Sandoval in a statement Thursday said the federal grant “will provide significant resources aimed at combating the opioid crisis, a sweeping epidemic which is hurting families across Nevada and our nation.”

The summit culminated with the governor’s proposals contained in Assembly Bill 474, which seeks to impose new restrictions on doctors and pharmacists when it comes to prescribing pain medication, as well as enhanced tracking mechanisms.

The bill was approved by the Assembly Committee on Health and Human Service and was re-referred to Ways and Means.

In 2015, the Legislature approved Senate Bill 459, which reduced potential criminal penalties for people who report drug overdoses. It also made Naloxone, a drug that can help reverse opioid overdoses, more accessible.

“Nevada is committed to working collaboratively with medical professionals, stakeholders and community advocates as we continue to tackle the significant health, social and economic consequences of prescription drug abuse,” he said.

The state’s grant award was based on rates of overdose deaths and unmet need for opioid addiction treatment, the governor said.