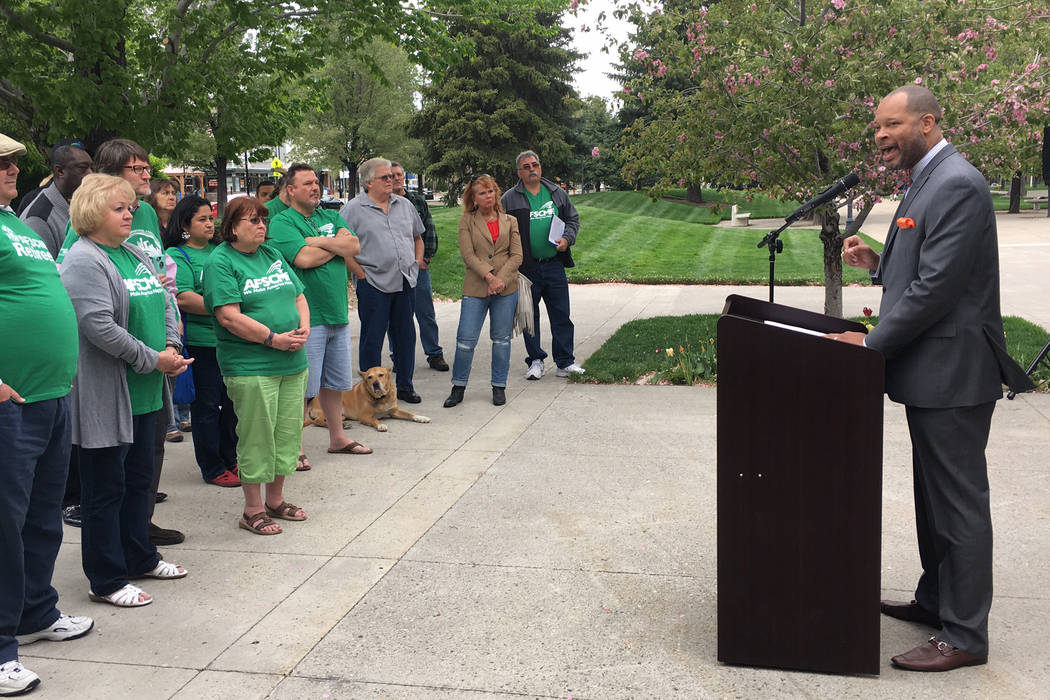 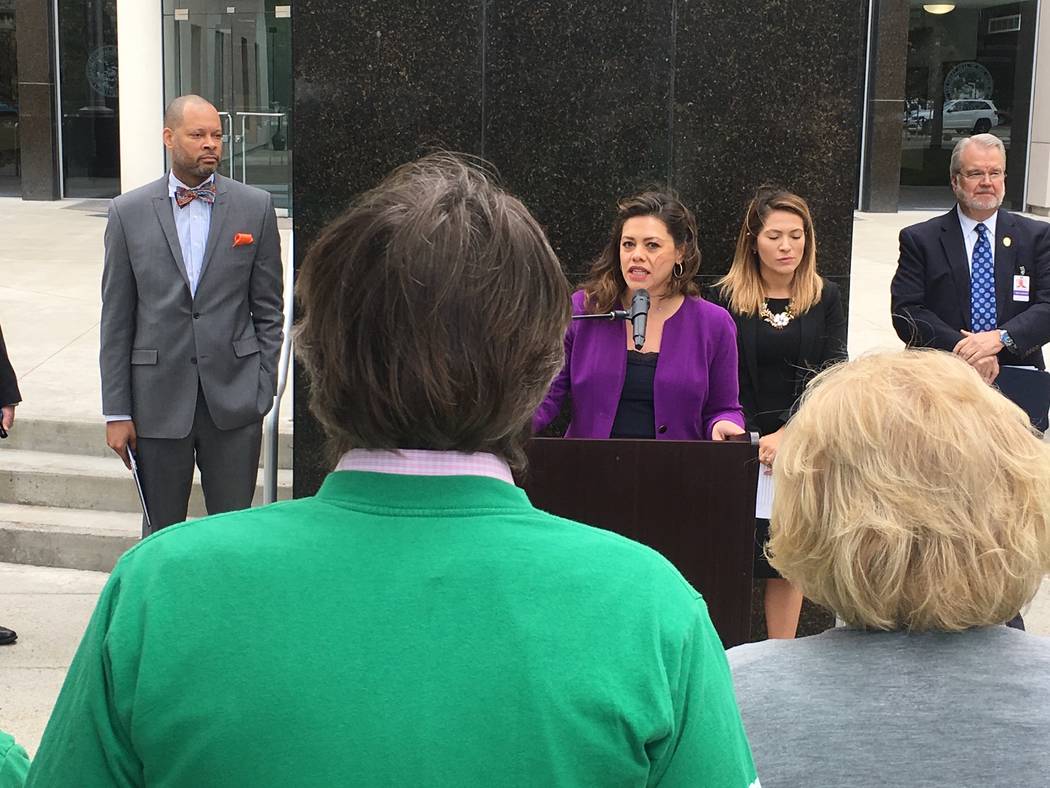 CARSON CITY — State workers rallied Friday at the Nevada Legislature for an increase in pay, arguing that they are 30 percent behind where they were before the Great Recession.

About 30 state employees gathered to hear Democratic legislative leaders say they will attempt to help state workers gain back some of the ground lost over the past decade due to furloughs, pay freezes, loss of benefits and higher health insurance and retirement costs.

Gov. Brian Sandoval has proposed 2 percent cost-of-living raises in each year of the budget. He has also recommended additional 5 percent bumps for correctional officers and information technology professionals.

“That sacrifice needs to be recognized with recompense,” he said.

Representatives of AFSCME Local 4041 representing state workers are asking for raises of 5 percent per year.

“We have employees on public assistance because salaries are too low,” said Harry Schiffman, president of the employee group. “We have a big retention problem.”

Nevada trains new employees who then go to work for local government agencies where the pay is much better, Schiffman said. Local employees have the right to collective bargaining. State employees do not.

Schiffman said lawmakers must think about the needs of the state workforce now that tax revenue projections have increased revenues by $140 million.

“Otherwise we won’t have a qualified workforce,” he said.