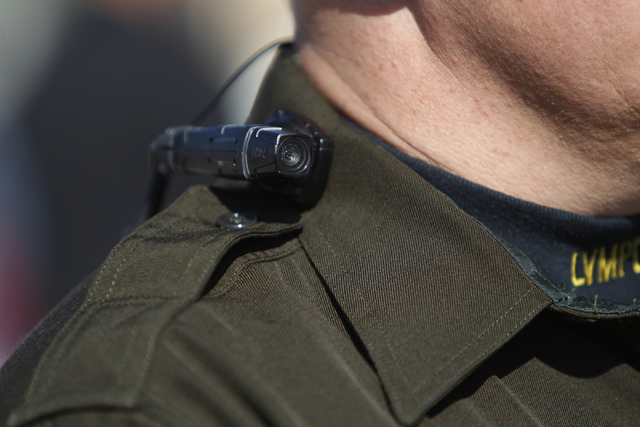 CARSON CITY — The Nevada Senate approved a bill Monday expanding the use of police body cameras statewide and raising the allowable surcharge on telecommunication systems counties can impose to support it.

Senate Bill 176, sponsored by Senate Majority Leader Aaron Ford and others, requires police agencies statewide to equip officers with portable recording devices while on duty. It expands a law passed in 2015 that imposed the requirement on the Nevada Highway Patrol.

The bill also authorizes smaller counties to increase the maximum allowable monthly surcharge on telecommunications systems from 25 cents to a maximum of $1.

The fee is currently used to finance emergency 911 systems. The bill further authorizes those fees to be used for body cameras and police dash cams.

The bill now goes to the Assembly.