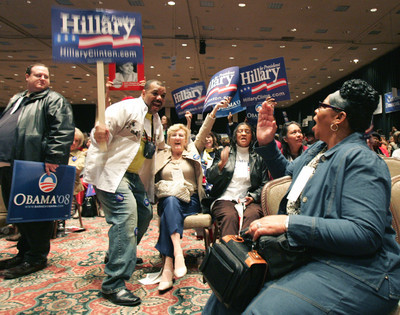 Nevada’s new Agriculture Department director is no fan of environmentalists or the federal government.

Tony Lesperance, a Paradise Valley rancher and former Elko County commissioner, was a vocal member of the Jarbidge Shovel Brigade that, back in 2000, marched down the tiny northeastern Nevada town’s Main Street in defiance of the federal government, according to reports at the time.

The man taking charge of a major state office today once nearly got into a fistfight with a fellow commissioner in the dispute over a flooded-out road leading to a rural campsite. He told a national magazine, “We will rebuild the road, come hell or high water,” and vowed never to compromise.

The article in Mother Jones in 2001 described Lesperance as one of the most radical members of a movement that energized rural anti-government crusaders, who saw their rights being violated when the U.S. Forest Service wouldn’t let the road be rebuilt because of environmental concerns.

Lesperance didn’t return a message last week at his ranch.

Gibbons’ previous pick for the post, Donna Rise, left last month after a year in the job.

According to the article, some worried that the fight would cost the county, but money was no object for Lesperance.

The so-called Shovel Brigade acquired a menacing reputation. Forest Service and other federal agency workers feared for their lives, and many quit. Lesperance’s county commission was pitted against not just federal agencies, but departments of the state government he’s now agreed to serve.

Launce Rake of the Progressive Leadership Alliance of Nevada said he was disturbed by the appointment of a man whose views appeared “alarmist and extreme.”

The liberal group has its own issues with some federal lands policies, but disagrees with the brigade’s tactics, Rake said.

“It looks like the governor is endorsing an extreme anti-government position,” he said. “We want good, responsible federal oversight of our commonly held lands.” In Jarbidge, “what happened was that the position people took was so radical and anti-government that discussions broke down and there could not be compromise.”

Assemblyman John Carpenter, R-Elko, a leader of the Shovel Brigade, said he remembered Lesperance principally from a previous fight with the feds, the 1995 dispute over a spring that originated in national forest territory and flowed onto a rancher’s land.

The Forest Service had cited the rancher for building a pipeline for the water. Carpenter, Lesperance and others had a “work party” to fence off the spring and claim it for the state.

Carpenter said the Jarbidge dispute was finally settled in an agreement between locals and the federal agencies. “We’ve had good relationships up there with the Forest Service and Fish and Wildlife Service since then.”

The road remains in place, and the fight now is with an environmental group, he said.

“This was not about the feds. It was about preserving our rights to the land,” Carpenter said. “I just am a fighter for freedom and access and things like that.”

Elsewhere in rural Nevada, Democrats in Nye County were determined to avoid a county convention plagued by intrigue on Feb. 23, when the Clark County convention descended into chaos.

So determined were they that they wouldn’t even let the media observe the proceedings, the Pahrump Valley Times reported. A reporter for the Tonopah Times-Bonanza & Goldfield News was kicked out of the meeting at the Ramada Inn Tonopah Station because Nye County Democratic Chairman Loyal Watkins said “he was worried about Republicans spying on the convention,” according to the Times.

In a brisk closed session — Watkins banned speeches in the interest of time — 29 delegates for Hillary Clinton and 26 delegates for Barack Obama were elected to attend the state convention in Reno in May.

Watkins told the Pahrump paper he spied Republicans in the room. “I guess maybe I was a little bit too gruff, but I had to get those people out of there,” he said.

That meant ejecting anyone who wasn’t a Democrat, including the nonpartisan reporter.

The county Republican Party chairwoman, Fely Quitevis, was asked about the alleged spying and responded with a laugh, the paper reported.

“We are too busy to do things like that,” she said.

At the Washoe County Democratic convention that same day, Assemblywoman Sheila Leslie, D-Reno, reportedly told the crowd to get ready to vote for Assembly Speaker Barbara Buckley, D-Las Vegas, for governor in a couple of years.

Leslie, who is close to Buckley, is far from the first to float the speaker’s name. But was she announcing Buckley’s candidacy? No, she said last week. It was just wishful thinking.

“It’s no secret that I and others have encouraged her to run,” Leslie said.

In 2010, term limits will prevent Buckley from staying on as speaker. If she chooses to run for governor, she won’t be well known in Northern Nevada, so Leslie is doing some advance work to increase her name recognition.

“People in Reno don’t know how wonderful she is,” Leslie said. “I just took the opportunity to say what a great candidate she would be.”

Buckley on Friday stuck to her standard response: “I’m focusing right now on running for the Assembly. People have been nice enough over the years to ask me to consider running for governor or attorney general or other offices. I’m flattered, and I have thought about it a bit, but I’m not doing anything official at this point. I am focusing on my race and the next legislative session, should I be honored to receive the support of my district once again.”

Pointing to Gov. Jim Gibbons, whom Buckley has frequently criticized, she said, “I can’t help it if people say, ‘Hey, don’t you think you could do a better job?’ Of course I’m going to engage in those conversations with my friends.”

This November, Buckley expects Democrats to gain at least one Assembly seat and take over the state Senate.

Several qualified Democrats are interested in running for Assembly District 5, an open seat previously held by Republican Valerie Weber, who is running for Clark County commissioner, she said. And in the past week alone, “I’ve gotten three calls from qualified candidates who are seriously interested in (another) Assembly district,” the 13th.

District 5, once evenly split, now has a pronounced Democratic edge in voter registration. And District 13, home to Republican Chad Christensen, has gone from a wide GOP advantage to a narrow Democratic one.

And where, you ask, has Robert Daskas been?

“The focus was on the latest field strategies and rapid-response tactics,” campaign manager Heather Urban said. “The purpose was to prepare the campaigns and candidates to handle attacks” from conservative independent-expenditure groups.

Daskas spoke to the Clark County convention, just after officials ordered the doors closed because the large number of people violated fire codes.

A full-time campaigner since he left the district attorney’s office in October, Daskas has been speaking to community groups, like seniors groups and Democratic clubs, and has been endorsed by several labor unions, Urban said.