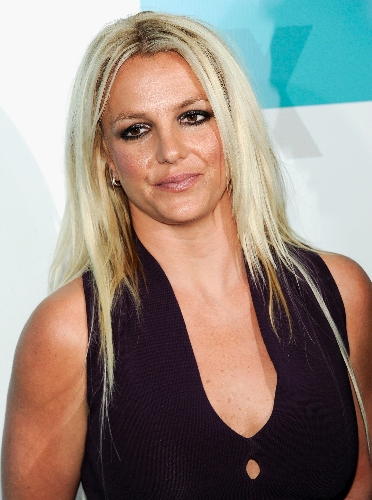 Britney Spears eventually might end up in Las Vegas for that long-rumored headliner gig, but there’s speculation her breakup with fiancé Jason Trawick could delay the process.

TMZ.com reported last week that Spears, 31, is in “serious talks” to do a multiyear contract similar to Celine Dion’s at Caesars Palace.

The report surfaced a day after Spears quit “The X Factor” as a judge amid rumors that she was going to be fired.

That came off as textbook damage control, “a pre-emptive strike by her handlers,” said a longtime Las Vegas entertainment publicist who spoke on the condition of anonymity.

Spears’ departure from “The X Factor” quickly was followed by news Saturday that Spears has split with Trawick, who had worked as her agent. They had been dating since 2009.

That split might give pause to Las Vegas hotels interested in signing Spears to a long-term deal, the publicist said.

“What was stabilizing her was ‘X Factor’ and having Jason in her life. I worry about what’s coming down the pike without that stability,” the publicist said.

Spears overcame some serious meltdowns in 2007 and ’08 with the support of her father, Jamie Spears, and manager, Larry Rudolph. She went from a train wreck, including a disastrous performance at the Palms during the MTV Video Music Awards in 2007, to a tour sensation.

She has flirted with the idea on many occasions, only to back away each time.

Offers over the years have come from the Palms and Caesars Palace.

I’m told she was interested in the Caesars deal but her husband at the time, Kevin Federline, shot it down.

“Peepshow” headliner “Coco” Austin, who replaced Holly Madison, says the burlesque show is a serious workout. She’s lost 14 pounds since joining the show at Planet Hollywood Resort in early December, she told “Morning Blend” co-hosts Dao Vu and Shawn Tempesta on Thursday on KTNV-TV, Channel 13. She’s in talks to extend her three-month deal another three months, she said. Down the road Austin hopes to open an indoor dog park in Southern Nevada and in other regions. …

Jennifer Lopez will be making a rare red carpet appearance at the Jan. 24 movie premiere of “Parker” at Planet Hollywood Resort. She will be joining co-star Jason Statham. The red carpet arrivals will wind through the casino starting at 6:30 p.m. …

In retrospect, the first misstep made by TLC was promoting the cast of “Sin City Rules” as women who “run” Las Vegas. A better title would have been “Batcrap Crazy.” …

Former Las Vegas headliner Gladys Knight shot a Food Channel segment at her Las Vegas home Thursday with “Divas Las Vegas” headliner Frank Marino, who has put together a “Dining With Divas” cookbook for charity. Knight is involved in restaurants in Atlanta.

Oakland Raiders wide receiver Darrius Heyward-Bey at Sapphire strip club Friday. … Tim Tebow, at Tao (The Venetian) on Thursday after a product launch of his headphones at the 2013 International CES. … Former President Bill Clinton, shopping at Gucci and Tiffany and Co., on Wednesday at The Forum Shops at Caesars. Clinton was in town to deliver a keynote at CES.

“The movie that got the most (Oscar) nominations was ‘Lincoln.’ It’s the first time Hollywood has ever supported a Republican.” – Craig Ferguson