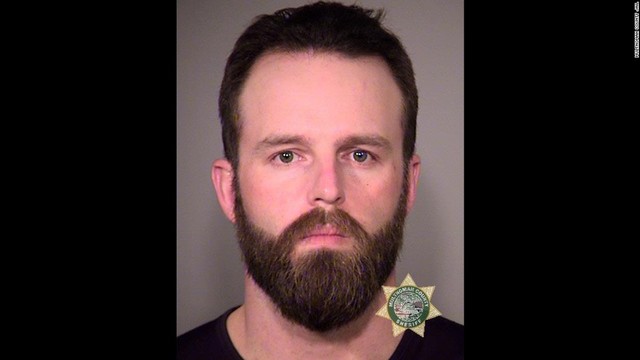 A defendant has asked to postpone next week’s trial for seven Bunkerville ranch standoff defendants in the wake of Sunday night’s massacre in Las Vegas.

“This is not the time to pick a jury and commence trial in this case,” attorneys for independent militia leader Ryan Payne wrote in court papers filed late Monday. “It is clear that this unprecedented act of violence will prevent the defendants from having a fair trial in this city one week from now.”

The shooting by a lone gunman left at least 59 dead and resulted in hundreds of injuries.

“The shooter is a white male reported to be from Mesquite, Nevada — only a few miles away from the Bundy ranch and the site of the April 12, 2014, events in the wash by Highway I-15. Regardless of the facts, when and if they all come to light, many people have and will associate him with Cliven Bundy and his supporters, who have been previously described as ‘domestic terrorists’ by (former) Nevada Senator Harry Reid and others.”

Gunmen were poised with assault rifles less than 200 yards from Bureau of Land Management agents during the Bunkerville standoff.

Two of those men have been acquitted of most charges, but are slated to face a third jury, along with Gold Butte rancher Cliven Bundy and two of his sons, on other counts, including assault and threatening federal officers. Authorities have said the gunman at the Route 91 music festival killed from about 400 yards away.

Prosecutors have alleged that Bundy conspired to thwart the federal government’s roundup of roughly 1,000 cows from public land. It will be the third trial in the case.

Many of the remaining defendants, including Payne, have pushed for fair and speedy trials. Payne’s lawyers said “that’s not possible right now,” but they also did not ask to move the venue.

Meanwhile, Pete Santilli, who has argued that he was a journalist covering the confrontation between the Bundy family and law enforcement, has agreed to plead guilty to felony conspiracy, his lawyer Chris Rasmussen told U.S. District Judge Gloria Navarro on Tuesday.

As part of the deal, which is expected to be finalized this week, Santilli, who has been jailed for nearly two years, could be released as early as in a few days.

“One of the reasons he took the deal is because of the events that happened at Mandalay Bay,” Rasmussen said. “The shooting made him realize that this is a difficult case in trying to defend Second Amendment rights, and after the shooting it’s going be onerous, or very difficult. People aren’t going to be in the mood to hear about gunmen. … He knows that this isn’t a time to be talking about the Second Amendment. It’s kind of offensive.”

After the deal was announced, Deb Jordan, Santilli’s Cincinnati-based business partner and co-host on his YouTube show who has closely followed court proceedings, said the duo planned to return to the internet broadcast, but would not cover what’s been dubbed “the Bundy trial.”

Although the negotiation calls for Santilli’s freedom, along with three years of supervision, Navarro could decide to send him to prison.

A possible plea deal for two other defendants — Eric Parker and Scott Drexler — also was referenced in court Tuesday.

Attorney Todd Leventhal, who represents Drexler, said he was negotiating with prosecutors and was hammering out the details as of Tuesday afternoon. Parker’s attorney, Jess Marchese, declined to comment.

Prosecutors declined to discuss the negotiations.

Navarro scheduled a hearing for Friday to determine whether the trial should be delayed.