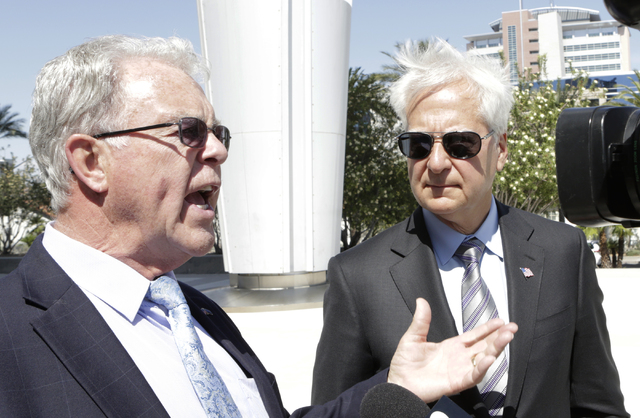 The three-judge panel voted 2-1 to uphold a decision by Chief U.S. District Judge Gloria Navarro barring Klayman from the case.

Navarro has refused to let Klayman join Bundy’s defense until he can provide proof that “ethical disciplinary proceedings” against him in Washington, D.C., have been resolved in his favor. Klayman appealed Navarro’s ruling to the 9th U.S. Circuit Court of Appeals in San Francisco.

In a telephone interview Friday, Klayman said he will ask the full court to review his appeal and, if necessary, will take the matter to the U.S. Supreme Court.

The panel’s majority opinion found that Navarro had “more than ample cause” to reject Klayman’s application. It chided Klayman for showing a “pattern of disregard for local rules, ethics and decorum” and for personally suing Navarro in federal court after she refused to let him defend Bundy. Klayman eventually dropped the lawsuit.

“Bundy is entitled to a fair trial defended by competent, vigorous counsel of his choosing,” the opinion said. “But his right to such counsel does not extend to counsel from outside the district who has made it a practice of impeding the ethical and orderly administration of justice.”

The minority opinion voiced concern about whether Bundy, with his Feb. 6 trial approaching, would have adequate representation without Klayman. It said that issue should outweigh any expressed ethical concerns about Klayman.

Longtime Las Vegas attorney Bret Whipple this week agreed to be Bundy’s lead local attorney in the standoff case after his previous local lawyer backed out because of health problems.

Bundy faces criminal charges stemming from the April 12, 2014, armed standoff with law enforcement near his ranch. Sixteen other defendants, including four of his sons, are charged with him.

The defendants are accused of conspiring to assault Bureau of Land Management agents and take back impounded cattle that had been grazing on federal land.