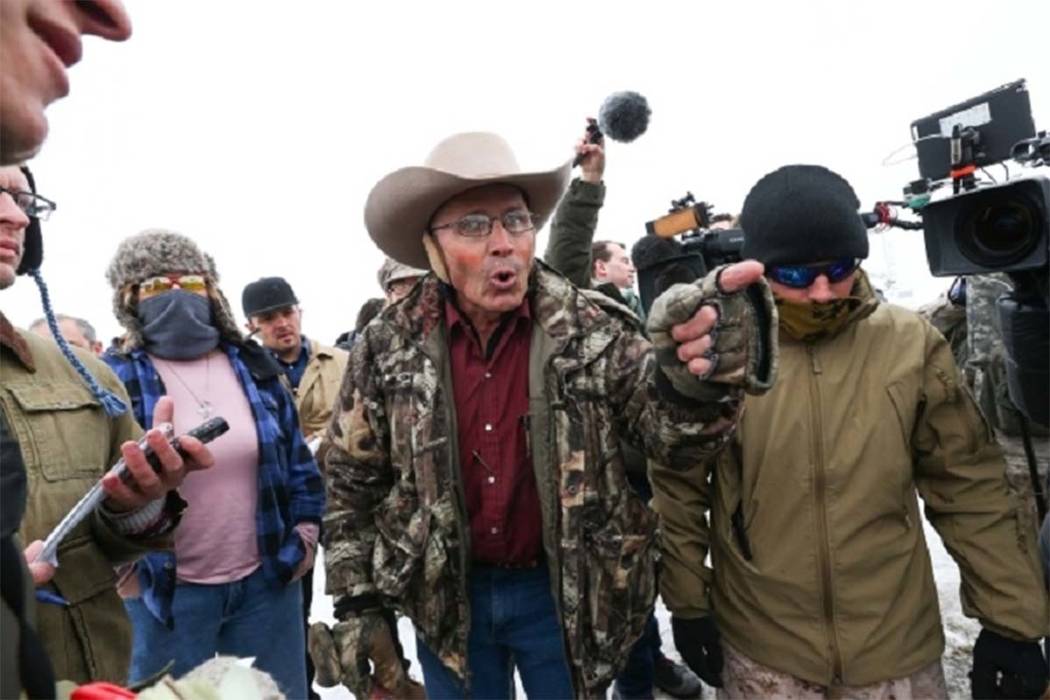 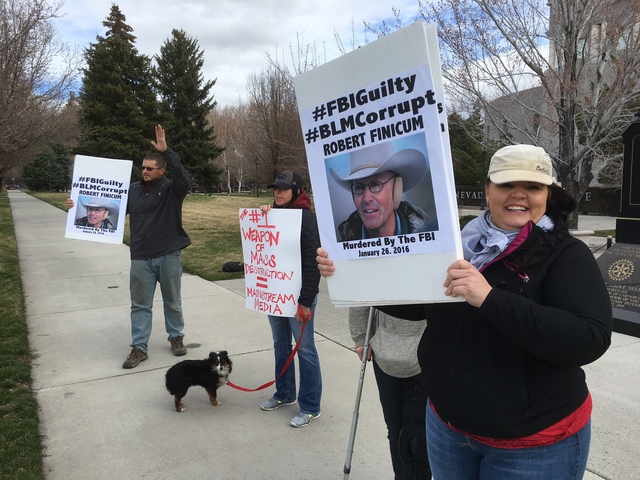 Marki Marius of Milford, Calif., protests the death of LaVoy Finicum at a rally Saturday in front of the state Capitol in Carson City. 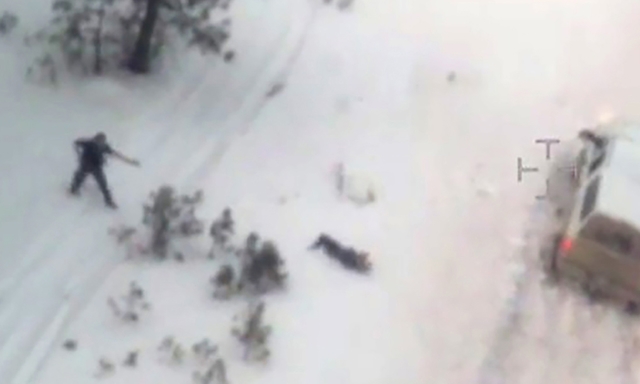 A file still image taken from aerial video released by the FBI on Jan. 28, 2016, shows a law enforcement officer, left, pointing a weapon at Robert 'LaVoy' Finicum, who had just stepped out of the white pickup truck at a police roadblock, Jan. 26, near Burns, Oregon. (FBI/Handout via Reuters) 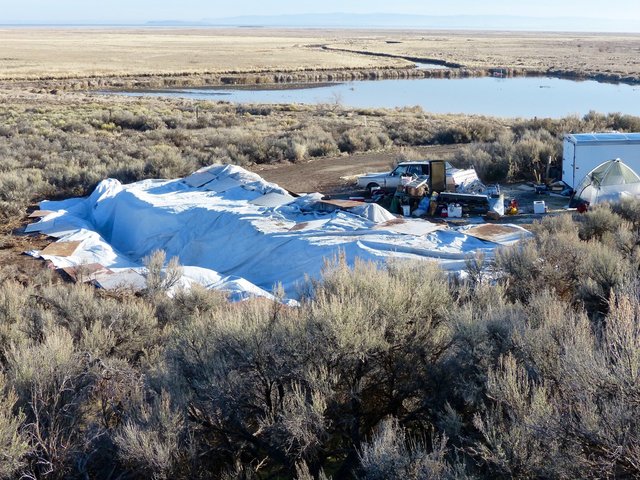 Vehicles, debris, and supplies remain Friday, Feb. 26, 2016, at what's left of Camp Finicum, the crude encampment used by the last four occupiers of the 41-day takeover of the Malheur National Wildlife Refuge outside of Burns, Oregon. Armed officers from the U.S. Fish & Wildlife Service still block access to the wildlife refuge headquarters, but they'll soon be gone as the agency takes steps to return the compound to normal. (Les Zaitz/The Oregonian/OregonLive via AP)

KINGMAN, Ariz. — A portion of a northern Arizona roadway is being renamed in honor of a controversial figure who was killed by state police during the prolonged occupation of a federal wildlife refuge 22 months ago.

Mohave County supervisors voted 3-2 during their Monday board meeting to rename a portion of Yellowstone Road near the northwest Arizona community of Cane Beds after LaVoy Finicum. Finicum, 54, was an Arizona Strip cattle rancher who served as spokesman for the Citizens for Constitutional Freedom.

The request to rename the road came from friends and family members who did not reference Finicum’s political involvement or violent death during the board meeting. Instead, they indicated that renaming the road would help recognize the long history of the Finicum family in northern Arizona.

Kingman resident Jennifer Jones-Esposito, however, called Finicum an American patriot who was “murdered” by authorities.

“He was willing to take a stand for things that most people will never have the courage to do,” she said. “We should never forget what happened to LaVoy. I would erect a monument in his honor if I could afford to do it personally, but changing the name of this one road is absolutely the very, very least we can do to honor his memory.”

The troopers were cleared of wrongdoing after an investigation, but whether the shooting was justified remains the subject of controversy and public debate.

The county Planning and Zoning Commission recommended denial of the request to rename the road, noting another nearby roadway already bears the Finicum name. Supervisors did not discuss the item before approving board member Hildy Anguis’ motion to rename the road.