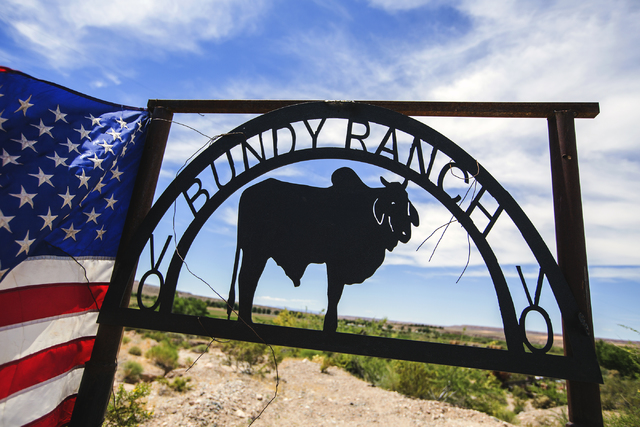 Defense attorneys in the trial against six of rancher Cliven Bundy’s supporters started calling witnesses Wednesday to testify about the militant presence of the Bureau of Land Management in Bunkerville three years ago — and protesters’ peacefulness.

Defense attorneys have tried during the two-month trial to convince jurors that their clients were not the aggressors but were acting in self-defense against an excessively forceful police presence. They called as defense witnesses other protesters who were at the armed standoff but who have not been charged in the case.

The standoff occurred after a morning rally at which Bundy’s supporters were told the BLM would stop trying to impound Bundy’s cattle from public land, amid growing protests. After the rally, Bundy ordered his supporters to go get his cows.

Defense witness Michelle Arnett testified that when she arrived at the site where BLM agents were impounding cattle, “what I saw appeared to be very militarized forces.”

“I saw snipers up on the plateau,” she said.

Protesters, however, were “walking very slowly, very nonaggressively,” Arnett said. When prosecutors showed her several pictures of armed protesters, she said she did not remember seeing them.

The six men standing trial on conspiracy, extortion and related charges are not Nevada natives. They drove to Bunkerville after reading social media postings about BLM agents’ actions in the days before the April 2014 standoff. They are charged as “gunmen,” accused of being the armed presence that led BLM agents to cease their operation and head home outnumbered.

Some of the defendants were photographed on the highway bridge above the cattle impoundment site. Defense witness Shannon Bushman, another protester, was shown a picture of defendant Scott Drexler, who was kneeling and holding a long gun. Bushman was asked whether Drexler looked ready for war.