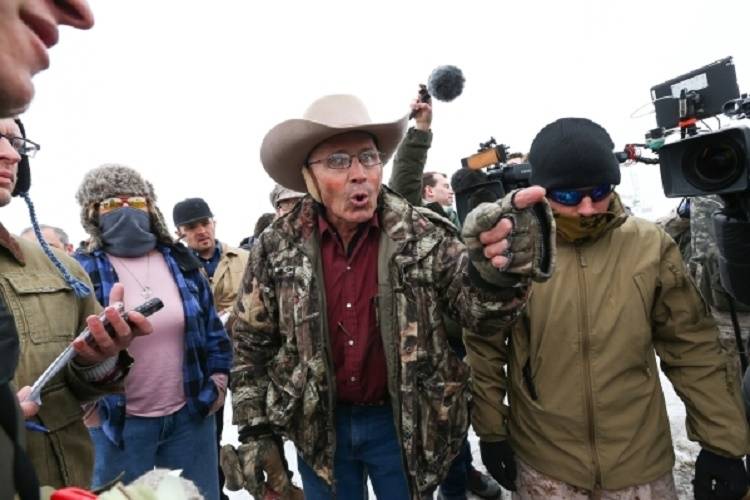 PORTLAND, Ore. — A new court filing says FBI agent W. Joseph Astarita and several colleagues on the bureau’s elite Hostage Rescue Team are under investigation for alleged “lack of candor” in their statements after the shooting of refuge occupation leader Robert “LaVoy” Finicum.

The agents are the subject of an ongoing administrative investigation and review by the U.S. Department of Justice’s Office of the Inspector General, federal prosecutors said in the document filed Wednesday, The Oregonian/OregonLive reported .

Astarita was among FBI agents and state police trying to arrest leaders of the armed takeover of the Malheur National Wildlife Refuge as they drove on a remote highway to a community meeting in Jan. 26, 2016.

Prosecutors had alleged that Astarita covered up that he fired at Finicum’s truck after it swerved into a snowbank at a police roadblock. They also alleged Astarita and his colleagues picked up and removed shell casings from the shooting scene.

In August, a jury acquitted Astarita of all federal charges.

While Justice Department officials have said the agents would be investigated for alleged misconduct, the legal brief that prosecutors wrote mentions for the first time that the inquiry regards alleged lack of candor.

Prosecutors made the notation in their legal response to a motion by Astarita’s lawyers about whether certain documents from the Astarita trial should remain under the court’s protective order.

At trial, the government prosecutors played for jurors the FBI’s aerial infrared video that they said captured Hostage Rescue Team agents scouring the scene that night for evidence, bending down and looking under trucks and appearing to pick things up.

Each federal agent testified they were conducting searches for remnants of flash-bang grenades or for lost gear. They also testified that they didn’t hear gunfire come from Astarita and didn’t see him fire any shots that day.

Astarita said he had never fired his gun on duty and didn’t know the type of ammunition he loaded into his rifle Jan. 26.

With Astarita’s acquittal, exactly who fired twice after Finicum stepped from his truck with his hands in the air and shouted, “Go ahead and shoot me,” remains unclear.

Two state police SWAT officers then shot and killed Finicum after he walked away from his truck and was seen reaching into his jacket pocket where police said he had a loaded pistol. The fatal shooting was ruled justified by the Deschutes County district attorney.

Finicum’s family has a pending wrongful death lawsuit against the FBI, Oregon State Police, the U.S. Bureau of Land Management and others.