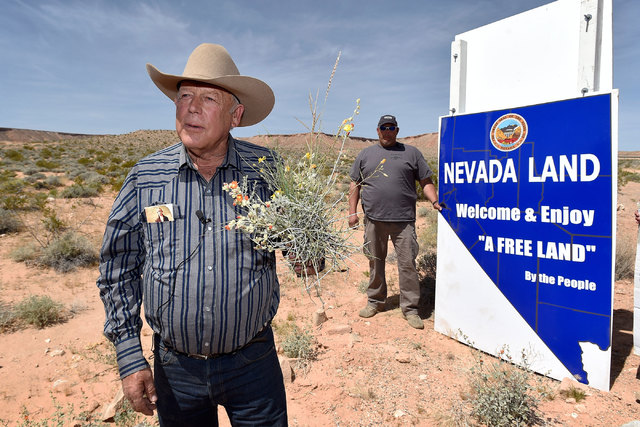 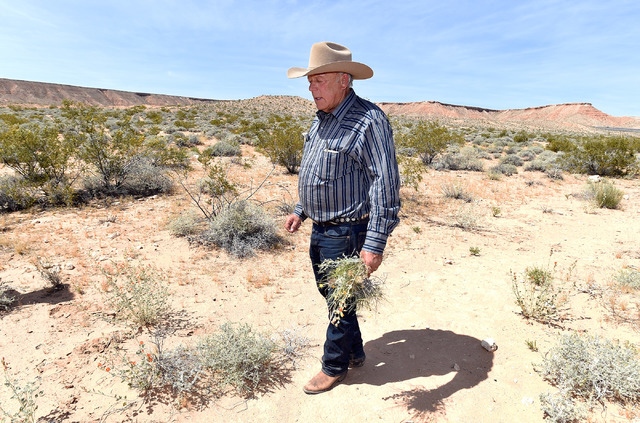 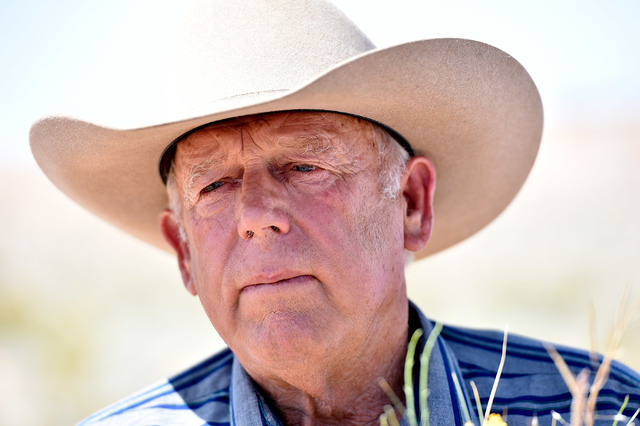 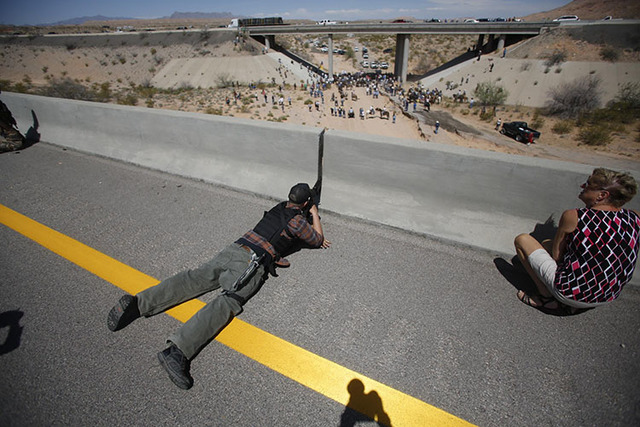 FBI agents posed as a documentary film crew to gather evidence during their investigation into the April 2014 standoff near the Bundy family ranch in Bunkerville, a defense lawyer disclosed in court papers Friday.

Attorney Chris Rasmussen said undercover agents conducted video interviews of several defendants to “extract admissions” from them before they were charged.

He identified the company as Longbow Productions, which does not appear in online Nevada licensing records.

Attorney Dan Hill, who is defending Ammon Bundy, said his client was interviewed for several hours in Phoenix by Longbow Productions months before he was charged in the Bunkerville standoff with his father, Cliven Bundy, and other defendants.

“I believe that the FBI was pretending to be members of the news media in order to have lengthy conversations with Ammon and others,” Hill said. “Ammon has nothing to hide, but I still find it troublesome that the FBI would sink to that tactic.”

Another defense lawyer, Jess Marchese, said his client Eric Parker gave the company a 90-minute interview in Idaho, where he lives.

“From everything that I’ve seen, it’s my belief that Longbow Productions was the FBI,” Marchese said. “I know that there were interviews with some of the other defendants. It was definitely unique, but I don’t think it’s overly harmful to my client because his recitation of the facts has always been the same.”

Parker posted on Facebook in August 2014 that a member of Longbow Productions told him the company was making a documentary about the standoff and wanted his opinion about it.

“I was told that the Bundys were working with them and have given interviews for it,” Parker said in the post. “If I could have that confirmed, I would feel better about talking to them.”

Natalie Collins, a spokeswoman for the Nevada U.S. attorney’s office, would not comment Friday on Longbow Productions.

The revelation came in court papers Rasmussen filed seeking to narrow a protective order that vastly restricts public disclosure of evidence in the high-profile case.

Rasmussen, who represents radio talk show host Peter Santilli, said he and other defense lawyers want to cite government evidence about Longbow Productions and other activity by federal agents during the standoff investigation in public motions challenging the government’s case.

Other government evidence expected to be the subject of defense motions includes Nevada Highway Patrol dashcam videos showing the standoff scene, bodycam videos from Bureau of Land Management and U.S. Fish and Wildlife agents capturing the events leading up to the protests, and aerial surveillance of the Bunkerville area conducted by federal agents, according to Rasmussen’s court papers.

A total of 19 defendants were charged in March with conspiring to assault BLM agents on April 12, 2014, and take back the impounded Bundy cattle that had been grazing on federal land. Two later pleaded guilty, and the rest are to stand trial Feb. 6 before Chief U.S. District Judge Gloria Navarro.

In his court papers, Rasmussen said defense lawyers should be able to remove personal identifiers from government documents and then file them publicly with their upcoming motions.

“Counsel should be allowed to make professional judgments and redact the personal information of any person outlined in police or FBI reports like counsel in this district has done in every case prior to this one,” he said.

Attorney Maggie McLetchie — who represents the Las Vegas Review-Journal, Battle Born Media and The Associated Press — has lodged objections in court papers to the protective order, calling it too broad and a blow to transparency.

Because of concerns about threats to witnesses and law enforcement officers, the order prohibits defense teams for all 17 defendants from publicly disclosing grand jury transcripts, FBI and police reports, witness statements and other documents the government collected during its two-year investigation.

McLetchie on Friday hailed Rasmussen’s bid to narrow the scope of the order, which was signed earlier this year by U.S. Magistrate Judge Peggy Leen.

“In short, the protective order in place is excessively broad,” she said. “It cloaks information that the public has a right to know about in total secrecy.”

McLetchie said there are First Amendment concerns and questions about the actions of law enforcement in the case.