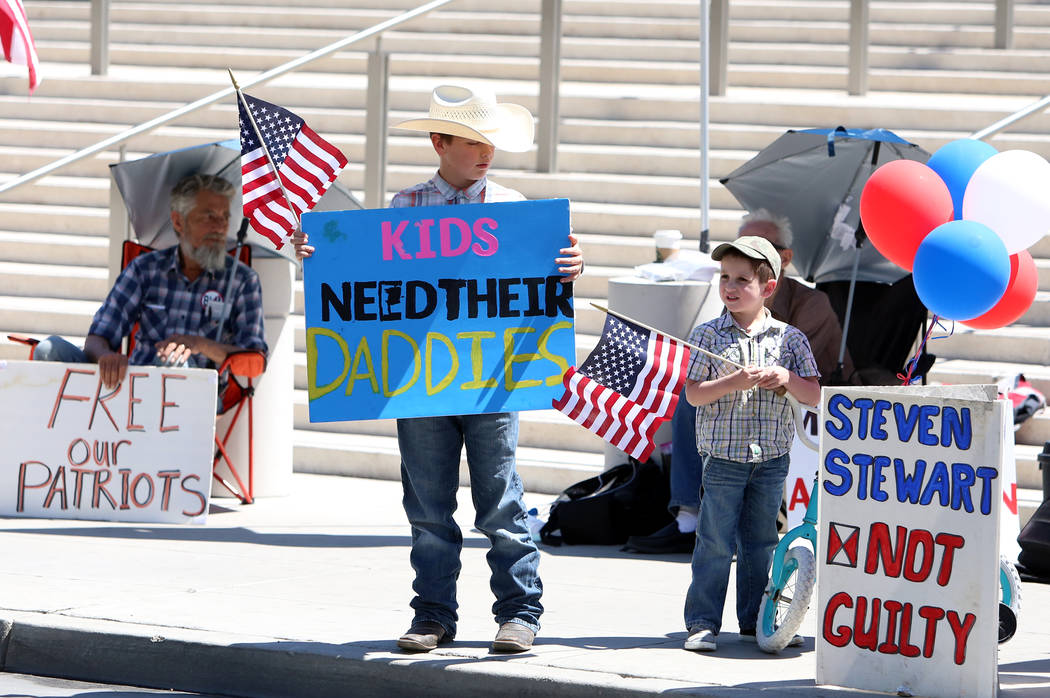 Bronco Bundy, center, 9, and his brother Payton, 5, outside the Lloyd George U.S. Courthouse during closing arguments in the first Bunkerville standoff trial on Wednesday, April 12, 2017, in Las Vegas. A mistrial was declared after jurors failed to reach unanimous verdicts on all counts. Bizuayehu Tesfaye/Las Vegas Review-Journal @bizutesfaye

The retrial in the first Bunkerville standoff case is scheduled to open with jury selection July 10.

A mistrial was declared in the case in April, after jurors deadlocked on 50 of the 60 counts against six defendants. Federal prosecutors decided this month to retry four of the men, who are accused of providing the firepower in a mass assault against federal agents. The agents were in Bunkerville to seize rancher Cliven Bundy’s cattle after decades of unpaid grazing fees.

Initially, the retrial was scheduled to open June 26. U.S. District Judge Gloria Navarro on Thursday postponed the start date due to potential attorney and juror conflicts the week of Independence Day. The defendants who will stand trial are Montana resident Ricky Lovelien and Idaho residents Scott Drexler, Eric Parker and Steven Stewart.