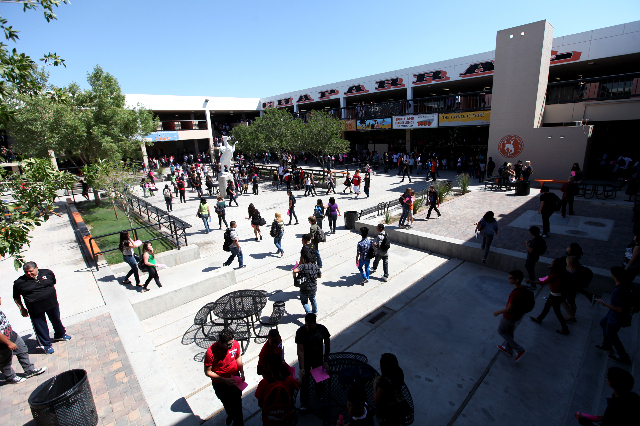 A Las Vegas high school with a homeless population of 6 percent, a minority population of 80 percent, a graduation rate of 72 percent and at least 50 student-parents at any given time has been given $10 million from the Engelstad Family Foundation.

Those numbers, reported in 2014, are part of Chaparral High School’s identity.

During the 2013-14 school year, 135 students were homeless — twice the Clark County School District’s average at that time.

Pouring money into the valley community is part of the Engelstad family’s identity.

Their most recent contribution, through the Fulfillment Fund, will be celebrated at 9 a.m. Monday at the high school, a release from the foundation said.

“The Fulfillment Fund Las Vegas provides students with the support necessary to graduate from high school and go on to college,” the foundation said.

The program provides individual advisement and instruction to students.

Eight months ago, the Engelstads donated $10 million to the Three Square Food Bank.

The family, whose Nevada roots were planted in 1961 by Ralph and Betty Engelstad, is known as one of the largest real estate owners in the country.

Ralph Engelstad has also been contributing to Opportunity Village, a not-for-profit organization serving children and adults with intellectual disabilities, since the 1970s.