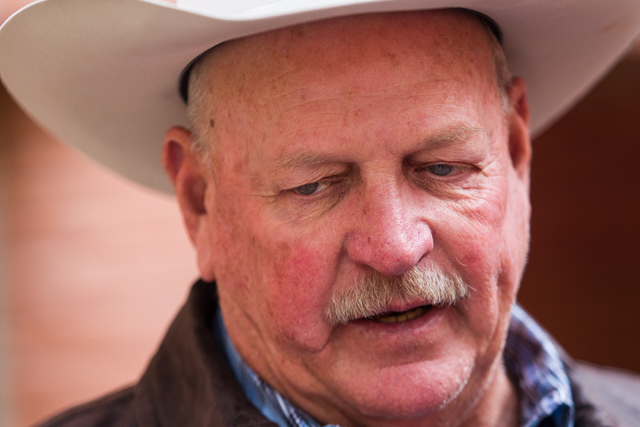 Well, I’ll be damned. Tom Collins managed to do something many Southern Nevadans thought impossible: Embarrass the office of the Clark County Commission.

Who would have believed such a thing could happen to an elected body with such a scandal-plagued history?

Previous commissioners-turned-jailbirds Erin Kenny, Dario Herrera, Mary Kincaid-Chauncey and Lance Malone wouldn’t have guessed it, that’s for sure. They went to prison after an FBI public corruption investigation, and I don’t recall the County Commission holding a hearing addressing their sleazy comportment.

But, come to think of it, that was several years ago. These days, we are told, the commission adheres to much higher standards.

Collins’ recent crude comments — which must be distinguished from his numerous previous inappropriate statements — buried county staff in angry phone calls and emails and apparently left his fellow commissioners so red-faced they decided to call him out publicly.

Collins apologized for his behavior and also admitted he’s battled what was described as “personal demons” in recent years. His statement was overdue and the right thing to do.

Later in the meeting, during the “emerging issues” item, Collins listened as two of his fellow commissioners again addressed his recent statements. Without the ability to censure or demand his resignation, all they could do was clear their throats and scold him out for his boorish behavior.

It was a little strange, to say the least.

Commission Chairman Steve Sisolak led the way, sort of. The outspoken and usually articulate Sisolak began to discuss the cowboy commissioner but then wandered into an assessment of the angry calls and email staff had received, presumably following Collins’ statements.

For his part, Sisolak’s tenure on the commission hasn’t been without controversy. It includes an incident in which his private life spilled out into the public during an imbroglio with a former girlfriend. But he can’t compete in the outrageous activity department with Collins.

“I want to say that it’s important to recognize that we as individuals, while we are individual citizens, we are always recognized as being county commissioners,” Sisolak said. “And when we say something it is every syllable, every tone, every letter, every word is scrutinized to a much higher degree than is normally the case with people that exercise the First Amendment and their free speech rights. And while that’s good and that’s bad, I think we need to be aware of it constantly. And the same is true for our staff that are in high-profile positions. And I think as a commission we need to lead by example in terms of how we handle these type situations and be cognizant of how hurtful sometimes words can be in addition to physical abuse can be.”

“Your comments earlier reminded me of the Tom Collins of old, a very caring person, a very giving person and an individual whose given tremendous to the state and the county,” Brown said. “But it’s not the person that’s been among us for the past few years. As the chairman indicated, we have suffered on the commission through comments that have been on rude malicious, hurtful and, above all, an embarrassment to the commission as a whole and the county and certainly your position as chairman of the LVCVA.”

Soon enough, the attempted intervention was over. The trip to the woodshed lasted about eight minutes. Whether Collins benefits from the public whipping with a feather duster remains to be seen.

If an election for his commission seat were held tomorrow, I suspect he would be a favorite to keep it.