Gov. Brian Sandoval and former Washington, D.C., schools Chancellor Michelle Rhee would have us believe that education reform is based on ending teacher tenure. We get rid of seniority, then magically, education will be fixed. That is a smoke screen, and it’s not real education reform.

If you truly want to reform education in Nevada, think outside the box. Why is the school year only 180 days, with a three-month vacation? No other major industrialized power in the world has such a schedule. That schedule has existed since the 1850s, when children provided much of the labor force for the family farm. Why not radically change the calendar, to better match what our competitors are doing?

Much of Europe and the Far East have school years of 200 to 220 days, with the longest break being one month. Ask teachers how much re-teaching they have to do to regain the skills lost over the summer.

Other countries have a longer school day as well. Why do we only have a day that requires students to be in school for less than seven hours?

Smaller class sizes seem to lead to better student achievement. Look at the proficiency results from the smaller school districts in the state and compare them to the individual high school results in the larger districts such as Clark County. Are the results better? More than 80 percent of high schools outside of Clark County made adequate yearly progress (AYP) in the 2009-10 school year. In Clark County, only 53 percent of the schools made AYP. Students in those small schools have the same teachers, smaller classes and — in part due to those factors — are more successful.

If that model works in the smaller counties, why won’t it work in the larger counties?

Require skills tests for promotion. The military does it all the time. A soldier has to demonstrate that he has the skills needed to be successful in the next rank. Require the same for students. End social promotion. A student has to demonstrate that he has mastered the skills needed to be successful at the next grade level. That would end social promotion, and a teacher would be assured that the new students have a certain skill set and are ready to move on.

We all want the best teachers in our classrooms. How do we recruit, train, mentor and retain teachers? We don’t. We have no selection program to get our best and our brightest to become teachers.

Look how many of the teachers in your school districts are over 45 years old. Where do the replacements come from? With the low pay, long hours and a lack of support and respect, why would anybody become a teacher?

We need to look at other models that are more successful and have demonstrated success in student achievement. In other countries, the national government recruits the best and the brightest to become teachers. There is little, if any, turnover of teachers. They are highly valued members of society, whose professional judgment is respected. They are given the resources to be successful. They are paid as professionals.

An excellent article appeared in The New York Times, “The High Cost of Low Teacher Salaries.” The article points out that when soldiers don’t succeed, we don’t blame the soldiers, we blame the leaders and work harder to give soldiers more and better resources. But when students fail, we blame the teachers, take away resources and make their jobs more difficult. Why?

We need to think differently about how we view teachers. In South Korea, teachers are viewed as nation builders. Here they are the enemy. They are not the enemy, but the persons most responsible for the future economic survival and growth of Nevada.

We also need to change the culture to value education. We are stuck with the old belief that education is not important. “I can get a job as a valet and make lots of money.” The economy has changed forever, and that way of thinking will lead to failure. We need to show that those days are gone forever, and to be successful in the 21st-century economy, a quality education is vital. More importantly, we must be willing to back it up by paying the cost necessary.

We are going through a time of huge budget deficits. We have watched the traditional sources of revenue dry up and wither away. We have resorted to one-time revenue sources to try to plug the holes and cut programs to the bone, with irreparable harm to the education and social systems of Nevada.

Now is the time to exercise the same courage in showing meaningful education reform.

Every business in Nevada must pay its fair share of the cost. The benefits in quality of life and development of new high-tech, high-pay jobs will pay off. Building warehouse complexes with a few low-skill jobs will not enhance the quality of life, nor will it help attract high-tech businesses.

In 2009, the mining industry had gross revenue of $5.8 billion. After deductions, including some that may not have complied with state law, the net profit was $1.8 billion. The tax paid to the state of Nevada was $48.6 million. In contrast, gaming reported revenue in 2010 of $5.8 billion and paid $416 million in state taxes.

Nevada is at a crossroads. The old way of doing things has failed. We need to develop new and innovative ways of providing the essential services the citizens of Nevada desire and demand. The future of our state, our children and grandchildren is dependent on what you do.

One of the lines in the Cadet Prayer from West Point is, “Lord, help me to choose the harder right, rather than the easier wrong.” Which will you choose?

The future of Nevada depends on your choice.

Richard Tellier is chairman of the math department at Burk Horizon High School in Las Vegas. 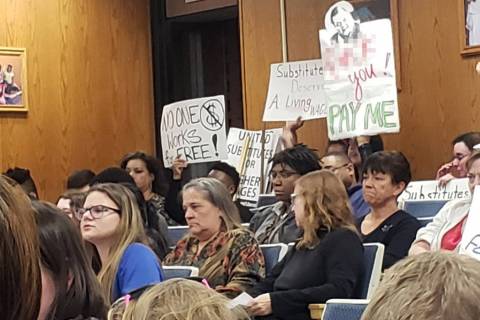 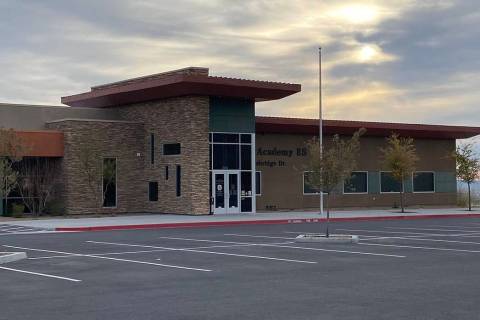 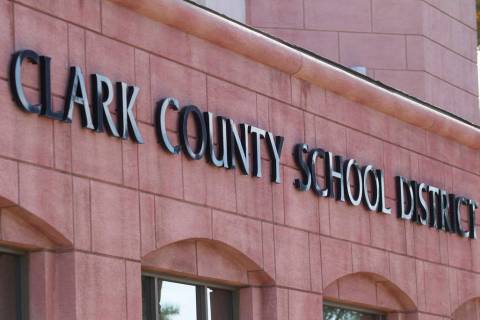 The School District made the announcement Thursday.