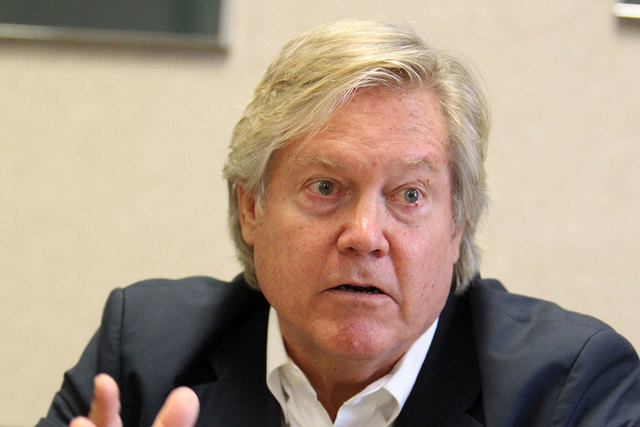 CARSON CITY — Proposals to allow betting on federal elections and monitoring taverns and slot parlors for compliance of “incidental” gambling activities failed to garner support of a legislative panel Tuesday.

Both measures were debated during the 2013 session and there was little to no appetite by members of the Committee to Conduct an Interim Study Concerning the Impact of Technology Upon Gaming to sponsor bills rehashing the issues when lawmakers meet again next year.

State Sen. Tick Segerblom, D-Las Vegas, had hoped to persuade the panel to request a bill draft for the 2015 session allowing Nevada sports books to take pari-mutuel wagers on elections for president, U.S. Senate and House of Representatives.

The Senate Judiciary Committee, chaired by Segerblom, introduced a similar bill that died in the 2013 session. Segerblom has said election betting could be a boon for state gambling revenues.

“Frankly, I think that something as import as elections, as opposed to games, should not be the subject of wagering in our state,” Brower said.

The effort for the committee’s backing fizzled when no one made a motion for a bill draft request, though the concept could still be resurrected in 2015.

Current regulations state restricted licenses for up to 15 slot machines may only be granted “if the operation of slot machines is incidental to the primary business.”

Sisolak said state law needs to more clearly define “incidental,” arguing that some taverns and slot parlors rake in a large percentage of their proceeds from gambling.

Horne, chairman of the interim panel, also urged committee intervention, if anything to define the different between traditional taverns and slot parlors, but a motion on his recommendation died when no one seconded it.

Peter Bernhard, chairman of the Nevada Gaming Commission, said the issue has been vetted several times over the past decade and suggested that local governments can set their own restrictions.

“Traditionally, local governments have determined where local taverns can be located,” he said. “The county commission and city councils should make those decisions.”

Bernhard also dismissed allegations that slot parlors have proliferated in recent years, saying they have emerged as an innovative business model to adapt to a changing market and economic conditions.

“Just because you happen to see them more than you’ve seen them before, it is because people with a competitive interest have brought them to our attention,” he said.

Bernhard suggested that a simpler way to resolve the issue was to delete the word “incidental” from the statute entirely.