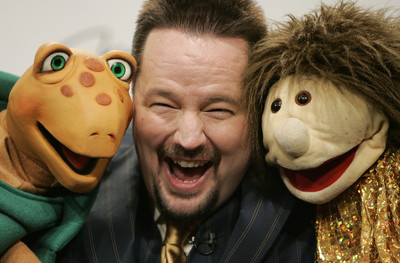 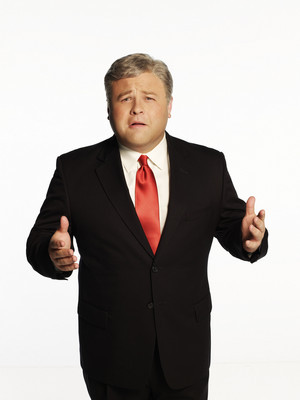 Terry Fator performs at the Hilton on Sunday, but since he won “America’s Got Talent,” The Mirage signed him to a $100 million contract, starting in 2009. And yet, people who don’t live in Vegas can’t believe he and his wife are setting up shop here.

“People always say, ‘Oh, you have to move to Vegas? How does your wife feel about that?’

“I say, ‘Well, just think if you got the contract of a lifetime. You’d WANT to move to Vegas.'”

For $100 million, the singing ventriloquist says, “You’d move to Beirut.”

“We own a time share at Polo Towers,” Fator says, then adds with a laugh: “And now we could OWN Polo Towers! … So, living here is going to be a joy.”

Fator talks about what he’s doing with some of his money — for one thing, he replaced his wife’s old Vegas pawnshop wedding band — and more, in my full interview in the back of today’s Neon section.

Maybe you’ve seen Frank Caliendo do impressions of John Madden, Al Pacino and President George W. Bush on TBS’ “Frank TV.” If you haven’t, chances are you’ve seen him prognosticate on Fox’s “NFL Sunday” or appear in commercials for satellite TV and any number of other TV ads. He’s all over the place.

Tonight, he performs stand-up at Treasure Island, which gives me the chance to ask him for inside info on “NFL Sunday’s” crazy Terry Bradshaw and Howie Long. Kindly, he obliges. He loves those guys, though working a sports show is surreal, he says.

Bradshaw “would love to be a Vegas entertainer,” Caliendo says. “He’s a motivational speaker. He can also sing. He had an album years ago.

“And he can hit you very hard,” he says. “He’s one of those guys who hits you after his joke. Like, ‘That was funny!’ Boom.”

Caliendo says people at his comedy shows sometimes stand up and cheer during his Madden impression, which I don’t doubt. It’s a pretty great portrayal of Madden as a crazy Captain Obvious.

But Caliendo might most enjoy doing his impression of Charles Barkley.

“The Charles Barkley impression makes me laugh because I can call people a knucklehead. And they just laugh at it. And I’m like, ‘No — I called you a knucklehead!'”

Doug Elfman’s column appears on Mondays, Tuesdays and Fridays. Contact him at 702-383-0391 or e-mail him at delfman@reviewjournal.com. He also blogs at reviewjournal.com/elfman.