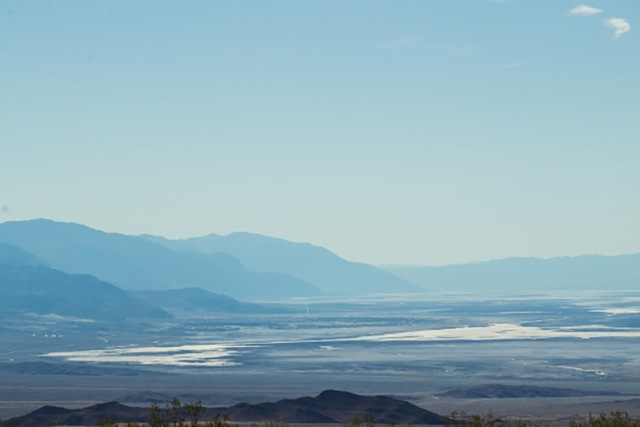 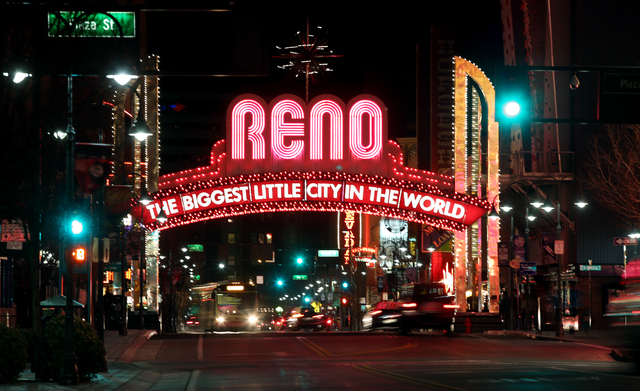 Half a dozen seismic faults along the Nevada-California border — including two within 60 miles of Reno and one about 100 miles from Las Vegas — appear primed to unleash a moderate to major earthquake, according to a new study.

A pair of scientists from Ludwig-Maximilians University in Munich, Germany, examined the behavior of a system of active faults east of the Sierra Nevada range in California over more than 1,400 years.

They found that six of those faults, from California’s Death Valley National Park in the south to Nevada’s Pyramid Lake in the north, now carry an estimated stress load high enough to trigger an earthquake of magnitude 7.0 or greater.

The study by Alessandro Verdecchia and Sara Carena appears in the July edition of “Tectonics,” a journal of the American Geophysical Union.

The researchers do not believe an earthquake is imminent, and their study does not predict when one might occur.

But Verdecchia said all six of the so-called “next-to-fail faults” appear capable of producing a major quake, so he recommends additional work to assess the seismic risk, especially for Reno.

The Pyramid Lake fault is less than 40 miles east of Reno and Sparks, while the Honey Lake fault is about 60 miles north of the metropolitan area of more than 325,000 people.

“I believe a large earthquake on this fault may affect the population in this area,” Verdecchia said by email from Munich. “I believe that more studies are necessary in order to quantify these effects, and in any case this was not the purpose of our study.”

The researchers used previously published data on historic and prehistoric earthquakes dating back to the year 587 to model the behavior of the fault zone over time.

Instead of a random pattern, they found evidence that earthquakes east of the Sierra Nevada are triggered by stress accumulated from previous quakes elsewhere in the scattered fault zone where the Pacific and North American tectonic plates move against each other.

The last major seismic event in the study area was a swarm of three quakes, each with a magnitude of at least 7.o, that struck near Fallon in 1954.

The other four stress-loaded faults highlighted in the study are located far from large population centers, but close enough to cause serious damage to the small California towns of Bishop, Big Pine and Mammoth Lakes and tiny communities in Esmeralda County, at the western edge of Nevada.

Las Vegas is roughly 100 miles from the nearest of the trouble spots, the Black Mountain fault in Death Valley National Park. But that’s close enough to pose a threat, particularly in event of a magnitude 7 earthquake, said Wanda Taylor, professor of geoscience at UNLV.

“It would shake Las Vegas,” she said. “We would feel it.”

As for specific damage, Taylor said any building or wall made from unreinforced masonry would be at risk, especially those built on clay-laden soils in the valley’s lower elevations.

Reno is at greater risk, she said, because it’s a lot closer to the faults flagged in the study and it has more old structures built before the advent of seismic building codes.

“It’s a lot closer so Reno would shake a lot more,” Taylor said. “At some point, the ground shaking transfers into an engineering problem.”

But don’t crawl under your desk just yet.

Taylor said the new study is important, but it should not be mistaken for an earthquake forecast.

As he told the American Geophysical Union, scientists must first solve the lingering mechanical mysteries of earthquakes before they can ever hope to actually predict them.