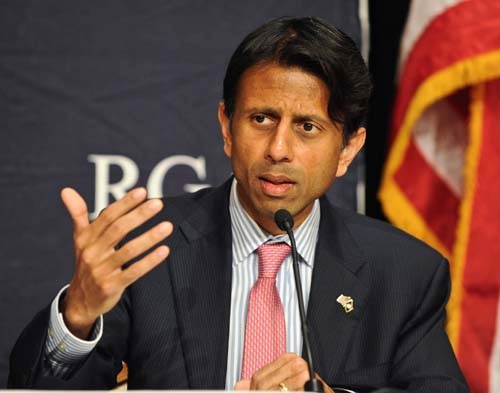 The last time a Republican governor lost re-election was 2007, and the Encore hotel-casino where the Republican Governors Association held its convention last week wasn’t yet open on the Strip.

Like the Encore, which started business in the teeth of one of the deepest U.S. recessions in 2008, the Republican governors are thriving against the economic odds, having increased their number to 30 in the Nov. 6 election.

The national Republican Party may have been badly damaged by Mitt Romney’s loss to President Barack Obama and its failed effort to take control of the U.S. Senate, but at the guber­natorial level, the GOP brand appears strong both in Nevada with Gov. Brian Sandoval and elsewhere.

Since Obama first moved into the White House in 2009, the ranks of GOP governors have increased from 22 to 30, including in North Carolina, which just elected its first Republican governor in 24 years.

“I think we can lead from the states,” said North Carolina Gov.-elect Pat McCrory, who attended the Encore meeting. “I’m convinced the leadership of this nation will not be coming out of Washington, D.C.”

The White House will be up for grabs in four years. While the other party won’t have the power of incumbency, failing to repair the GOP brand at the national level may make Republicans the underdogs as Nevada and other battle­ground states lean more toward the Democrats, thanks to a growing number of minority voters.

“Governors are probably the Republican Party’s best hope for a comeback,” said Jennifer Duffy of The Cook Political Report. “They are in a position to be innovative, to preside over recovering economies and demonstrate an ability to govern. They also face the danger of overreaching.”

As a group, the GOP governors now must decide whether to set up state health insurance exchanges under Obama’s health care law and expand the Medicaid program for the poor. Some of the most resistant governors have decided to forgo state exchanges and let the federal government take charge.

In Nevada, Sandoval has set up the state-run Silver State Health Insurance Exchange. But he hasn’t yet decided whether to expand Medicaid, which could cost the state $30 million to $50 million more a year. The federal government is supposed to pick up 100 percent of the tab during the first three years and then 90 percent of Medicaid bills thereafter, but Republican governors said they fear states will get stuck with ever-increasing costs.

Sandoval skipped the Republican Governors Association meeting last week to travel to Washington, D.C., to pick up an award from “Governing” magazine, which named him one of eight top public officials of 2012.

Politically, Sandoval may have seen no advantage in speaking out at the conference on issues such as health care, Medicaid and taxes ahead of Nevada’s biennial legislative session, which begins in February. He also sidestepped interview requests at the meeting.

The highly popular first-term governor faces re-election in 2014 and appears to be proceeding cautiously in hopes he’ll remain strong against potential Democratic opponents. Attorney General Catherine Cortez Masto, who like Sandoval is Hispanic, would be formidable if she runs. Secretary of State Ross Miller, who is eyeing a run for attorney general, is another top prospect, as is Clark County Commissioner Steve Sisolak.

Sandoval, like other GOP governors, has focused on two pillars of governing: economic development to boost jobs and education to improve school performance and the state’s workforce.

Nevada, hardest hit by the recession, still has the highest unemployment in the nation at 11.8 percent. The governor has set a goal of creating 50,000 private sector jobs by 2014. Sandoval said this year Nevada is already halfway there.

In 2010, Sandoval came to office promising not to raise taxes, although he extended $600 million worth of taxes that were supposed to sunset and he said he plans to again extend them for another two years.

Nationwide in 2014 Republicans will be defending 22 out of 36 gubernatorial seats on the ballot, putting their job-creating abilities to the election test in a preview of GOP strengths and weaknesses for 2016.

Christie, the governor of New Jersey, faces re-election in 2013 if he decides to run, as expected. He refused to speak to reporters at Encore, but he told CNN he’s focused on one thing:

“What this is about is doing our jobs,” said Christie, a popular GOP leader of a Democratic-leaning state. “And people expect that if they give you the privilege of serving. Do your job.”

During the conference Wednesday and Thursday, Jindal and Christie took different tacks. The Indian-American governor of Louisiana sought to raise his profile, while Christie maintained a private schedule on his first out-of-state trip since Hurricane Sandy devastated New Jersey.

Christie refused to take questions when he was spotted walking with former Mississippi Gov. Haley Barbour, a GOP strategist .

In contrast, Jindal, now in his second term, took part in several public forums to discuss the election and what it meant for the GOP, for the states and for the nation. He made headlines by criticizing Romney for telling donors that Obama won the election because he promised “gifts” to minorities, women and young voters.

“No, I think that’s absolutely wrong,” Jindal said at a news conference. “Two points on that: One, we have got to stop dividing the American voters. We need to go after 100 percent of the votes, not 53 percent. We need to go after every single vote. And, secondly, we need to continue to show how our policies help every voter out there achieve the American dream, which is to be in the middle class, which is to be able to give their children an opportunity to be able to get a great education.”

Behind the scenes, Jindal met with Sheldon Adelson, the Sands Corp. chairman, according to a source familiar with the meeting. Adelson donated about $70 million in the last election cycle, much of it going to political action committees that helped Romney in the general election and Newt Gingrich during the primaries.

At the end of the Republican governors meeting, Jindal was elected chairman of the group for 2013, giving him a prominent GOP leadership role, while Wisconsin Gov. Scott Walker was named vice-chairman. Jindal is expected to serve until Christie takes over in 2014.

Most are rising stars of the party, and they showcase growing diversity. Martinez is the first Latina governor of New Mexico, and Haley is Indian-American and the youngest governor at 40.

“I believe if you want to transform America, you do it one state at a time,” Walker said, touting what he called the GOP’s “pro-growth” agenda. “The best thing we can do in our country is to grow the economy.”

Walker is also on the long list of governors with potential White House prospects, which includes Jindal, Christie, Ohio Gov. John Kasich and Texas Gov. Rick Perry, who said he’s “leaving the door open” for another presidential run after dropping out of the GOP primary this year.

While the GOP governors represent a deep pool of potential candidates, they’re not alone. A top prospect is U.S. Sen. Marco Rubio, the Florida Republican who decided to travel to Iowa over the weekend to help Iowa Gov. Terry Branstad celebrate his birthday. Iowa is the first caucus state in the nation, an early testing ground for presidential hopefuls.

Romney’s former running mate, U.S. Rep. Paul Ryan, R-Wis., also is a potential presidential candidate, as is U.S. Sen. Rand Paul, R-Ky. He might inherit some of the followers of his more libertarian father, U.S. Rep. Ron Paul of Texas, a two-time candidate who challenged Romney through the GOP convention.

On the Democratic side, Secretary of State Hillary Clinton, who nearly beat Obama in the 2008 primary, is seen as the strongest 2016 contender if she decides to make another run. The former U.S. senator from New York and wife of former President Bill Clinton, who campaigned heavily for Obama this year, has said she’s not interested.

Jindal, for one, seemed to be chomping at the bit to take on anyone from the competition.

“America doesn’t need two liberal parties,” Jindal said, adding that even through the GOP needs to adapt to change it should never abandon its conservative, small government goals.

“I think we need to be true to our principles,” Jindal said.