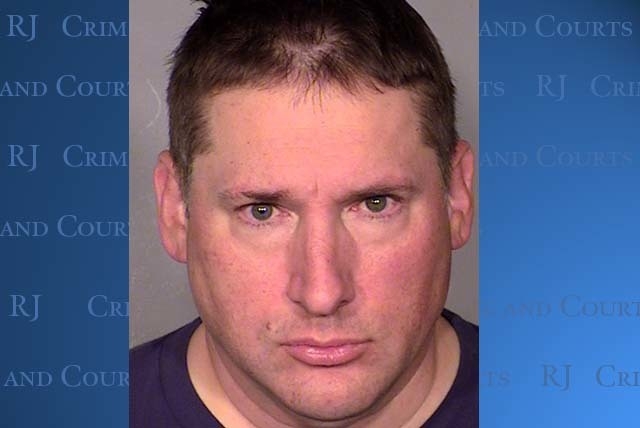 Mark Nemcek told Las Vegas police he knew his relationship with a 14-year-old girl was “inappropriate.”

Nemcek, 48, of Henderson, was arrested Sunday and faces two counts of statutory sexual seduction and seven counts of luring a minor for sexual acts.

Nemcek, the chief financial officer at a hospital in Pahrump, met the teen on the website Chathour.com, which lets people chat privately or in a chat room.

Nemcek told the girl he was in his 20s, and they talked online for several months, according to the police report obtained Thursday.

The two developed a texting relationship using textNOW, an app that lets people send free text messages from a computer or phone. The 14-year-old used her mother’s cellphone and tablet computer, the report said.

After communicating via texts for some time, Nemcek and the teen met at an IHOP. They talked in his car before Nemcek took the girl home and later chatted on Chathour.com, the report said.

Over the next few weeks, Nemcek and the teen met at least three other times, mostly in Nemcek’s car in a parking lot of a Howard Johnson’s hotel.

During the meetings, the report said, Nemcek bought the girl and one of her friends, who was with them at least twice, rum, dog collars and dog tags engraved with the nicknames “Kitty” and “Ghost,” among other items.

During one meeting, according to the report, the teen said she told Nemcek she wanted to be his “slave” and gave herself the nickname “Kitty.”

Nemcek said he and the 14-year-old twice engaged in sexual relations.

Police went to the girl’s house and received permission from her father to use the same cellphone she used to text Nemcek. Posing as the 14-year-old, police set up a meeting with Nemcek.

Nemcek continued to send sexually explicit texts up until the meeting, police said.

Officers saw Nemcek at the Howard Johnson’s at 5300 Craig Road, near Las Vegas Boulevard, where they had planned the meeting.

Nemcek went into the hotel and registered for a room. When he came out of the hotel, officers took him into custody.

In an interview with police, Nemcek admitted meeting the girl, who he said was “15 or 16,” and admitted to “inappropriate sexual contact” with her, the report said. He also said that he knew the age of consent in Nevada is 16.

Nemcek, who is married, told police that he did not have a “normal married sex life” and he was addicted to Internet pornography, which he believes fed into the encounters.

He also told police that “if he was attractive to young girls, maybe he was still attractive,” the report said.

Nemcek wrote a letter of apology to the victims and their families, according to the report.