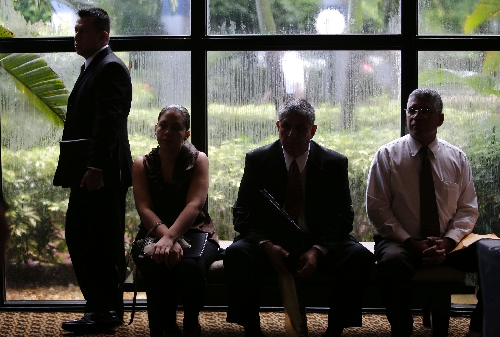 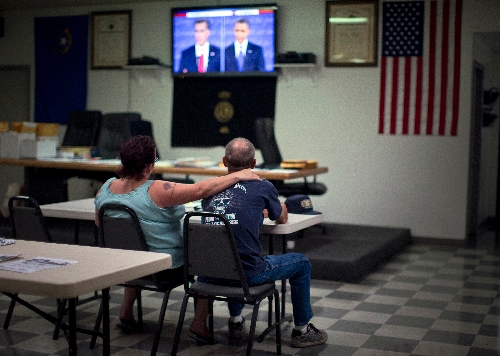 WASHINGTON – The nation’s jobless rate dropped to its lowest point in nearly four years in September. And unlike some recent declines, this one happened for the right reason: not because people gave up looking for a job but because far more people reported having one.

It is a surprising improvement in a job market that had appeared listless in recent months. Although employers added 114,000 jobs in September, the unemployment rate dropped sharply, from
8.1 percent to 7.8 percent, the government reported Friday.

Nevada data also showed a slide in recent job growth. The state’s employers created 14,300 jobs year to year in June; by August, that year-to-year job growth had slipped to 5,200 positions.

Nationally, unemployment is at its lowest level since President Barack Obama took office in January 2009, offering the president a political boost just days after his performance was judged as lackluster during a debate against GOP rival Mitt Romney.

The government said hourly wages were up, and employees worked more hours in September, meaning they were taking home bigger checks. Overall, the ratio of the U.S. population with a job reached its highest level since May 2010.

The drop in the unemployment rate was bolstered by revisions reflecting that employers had added 86,000 more jobs than previously known in July and August, recasting the troubling summer lull in job creation to a season of solid employment gains.

Although the report offered a brightening picture of the nation’s labor market, the overall rate of job creation remains less than robust. Also, unemployment remains far above normal levels, and many millions who have jobs are not working full time.

“While the September employment report was more encouraging than the ones we have seen in recent months, the job market is still a long way from rosy, good health,” Brookings Institution economist Gary Burtless said.

This year, employers have added only slightly more jobs per month than are needed to keep pace with normal labor-force expansion, and slightly fewer than the 153,000 average monthly gain the nation experienced in 2011. Also, the number of Americans who are working part-time, though they want full-time jobs, rose sharply last month to
8.6 million.

With economic growth creeping along after showing signs of more vigorous expansion last year, some economists were skeptical of the magnitude of September’s unemployment decline. A few even predicted that the jobless rate would tick up in the coming months.

“This was a pretty good report, but the drop in the unemployment rate was just too good to be true and probably overstates the degree of improvement in the job market,” PNC Financial Services Group chief economist Stuart Hoffman said.

Even at 7.8 percent, the joblessness rate remains high by any historical standard. And it could be years before the economy returns to full employment.

But Economic Outlook Group chief global economist Bernard Baumohl said the dichotomy between the recent steep decline in the jobless rate and the slow economic growth in recent months could mean that the economy is poised to surge.

“Growth may turn out to be stronger than most economists currently forecast,” he said. “Employers are, thus, cautiously turning more optimistic about the economy in 2013 and becoming less apprehensive about hiring.”

There is evidence that consumers are feeling better about the state of the economy: The Conference Board’s consumer confidence number was up in September, as was a similar University of Michigan survey of consumer sentiment.

The September unemployment rate fell dramatically despite the mediocre number of 114,000 jobs created. That is because the government’s survey of U.S. households, which determines the jobless rate, reported substantially stronger employment gains than a survey of employers, which establishes the overall job number.

Some analysts say that divergence might have been a fluke; others said it could signal that gains in self-employment and in business startups were not captured in the overall job figure.

The two numbers should even out over time, economists said. About 873,000 more Americans reported having jobs in the survey of households, the largest increase since 1983. About 456,000 fewer people reported not having a job but wanting one.

“The rule of thumb when the two surveys tell different stories in the same month is to give much more weight to what” employers say, Economic Policy Institute economist Heidi Shierholz said. “Nevertheless, the September household survey provides a reason to be a little more optimistic about job opportunities for American workers than we have been in recent months.”