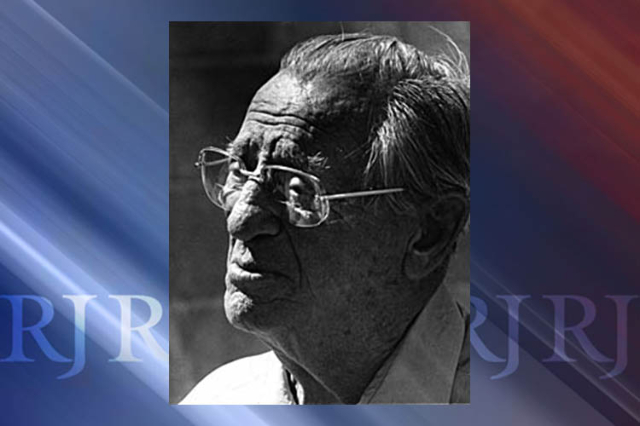 Merv Adelson was 83 years old, but he was still limber enough to play semantical Twister.

When Vanity Fair special correspondent Bryan Burrough asked the obvious question in 2013 about Adelson’s historical ties to the late mob bootlegging king and Las Vegas forefather Moe Dalitz, the octogenarian’s backflip would have made a Cirque du Soleil acrobat proud.

“So I know you’re thinking, How do you account, Merv, for the fact that Moe Dalitz was a Mob boss? All I can say is, in all the years I knew Moe, we never discussed anything criminal or illegal. I never asked him about (anything illegal),” Adelson said. “I didn’t want to know the answer. There was a line I never wanted to cross, and I didn’t.”

There it is in a fortune cookie: the double-jointed rhetoric of Vegas-speak. Adelson said, and I believe he was truthful, that he never had a conversation with Dalitz about anything illegal. In the same breath, he also said he knew better than to ask certain questions of the man once dubbed “Mr. Las Vegas.” (He was also known outside the city limits as an organized equal of Meyer Lansky, Lucky Luciano, and Tony Accardo.)

Willful ignorance, plausible deniability. Pick your term. Dummying up has worked for presidents of the United States for more than 200 years, but the practice rose to an art form in the golden era of Las Vegas. The evolution of gambling from mobbed-up vice to corporate venture was complex and at times dangerous. And avoiding delicate subjects in certain company was essential to prospering in many elements of the local business community.

Merv Adelson and others in Dalitz’s satellite knew their lines and spoke them with Shakespearean sincerity. Adelson died Sept. 8 in Canoga Park, Calif., at age 85.

In a remarkable business career, he climbed from success in the supermarket business in Los Angeles and Las Vegas, to wealth as a developer with connections to Dalitz and the notorious Teamsters Central States Pension Fund, to celebrity and riches as the head of Lorimar Productions, which gave the television world “Dallas,” “The Waltons” and many more iconic series.

The Vanity Fair profile portrayed Adelson in the gentlest terms. If he’d ever been a cutthroat business man, you wouldn’t have known it by reading about the aging former Hollywood tycoon compelled by misfortune to spend his waning days in a cramped apartment.

It has always perplexed me how so many of the men who benefitted most from the guidance, contacts and street savvy of Moe Dalitz have insisted on downplaying his role in their lives. But with each passing year, Dalitz has faded from aggressive entrepreneur with some admittedly shadowy funding sources to a mere “minority partner” on business and development ventures that have long since been eclipsed by larger deals. What a laugh. They should have been proud of their friendship and had the strength of character to say so.

Adelson admitted in the Burrough interview that he admired and respected Dalitz and saw him as a mentor, not a mobster. He insisted he failed to appreciate Dalitz’s widely publicized connections until after the publication of “The Green Felt Jungle,” an 1963 expose of the underworld influence of Las Vegas.

Who knows, perhaps Adelson didn’t tune in the Kefauver committee hearings like the rest of America more than a decade earlier.

None of it matters now.

Knowing he was approaching the end of life in relative obscurity, he wore it well.

Merv Adelson won and lost a fortune but managed to keep his sense of humor. And he even admitted the truth, that Moe Dalitz was his mentor.

That made him a winner wherever he hung his hat.