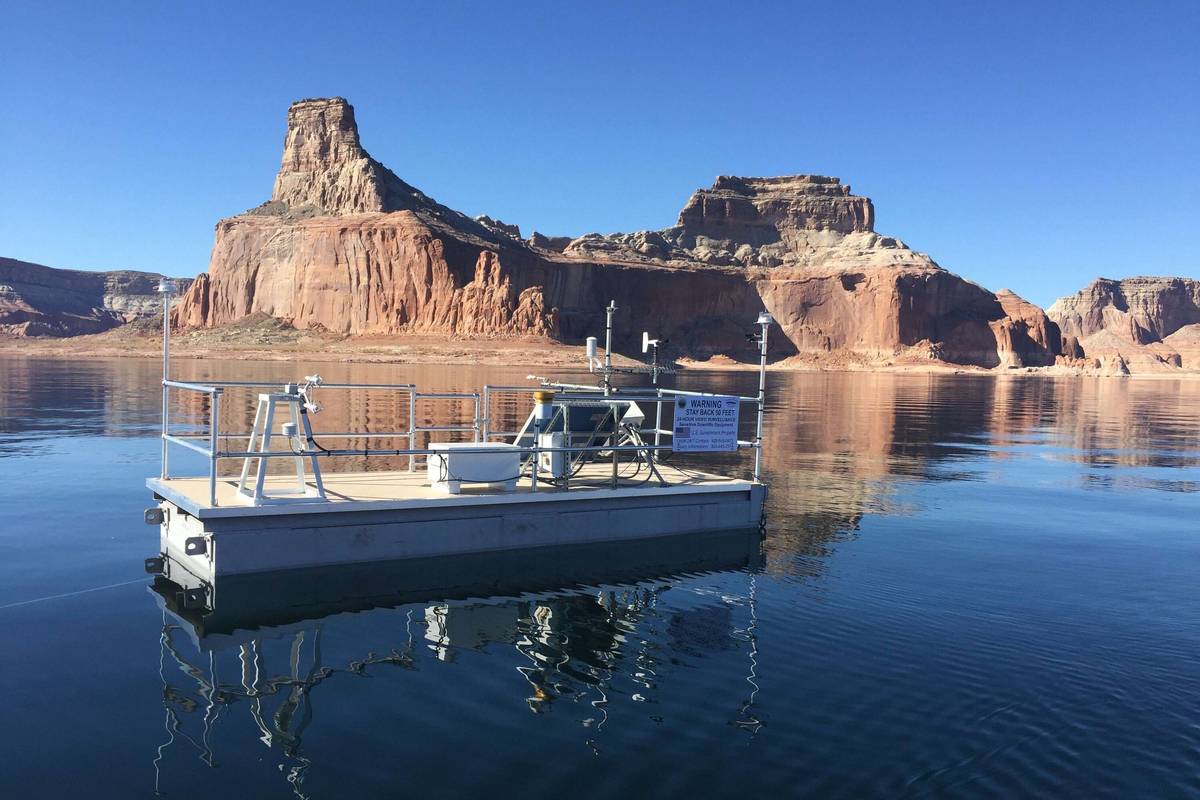 The country’s second largest reservoir is set to reach its lowest water level on record in the coming days, federal officials announced Thursday.

Lake Powell is expected to drop below an elevation of 3,555.10 feet, the previous low set in April 2005, the U.S. Bureau of Reclamation said in a news release.

The bureau’s announcement comes six days after it announced that upstream reservoirs will release extra water this year to prop up Lake Powell, protecting the lake from declining to a level that would prevent the Glen Canyon Dam from generating electricity.

Officials estimate the lake will hit its new low point on either Saturday or Sunday, according to Becki Bryant, a bureau spokeswoman in the Upper Colorado Basin. It’s a milestone that she said isn’t a surprise.

“I think what was a surprise was how fast the hydrologic conditions declined between January and June,” she said.

In the first six months of the year, Lake Powell received 2.5 million acre-feet less water than was expected, she said.

Lake Powell, located in Northern Arizona and Southern Utah, is expected to lose two feet of elevation by the end of the month, and lake level decline will likely continue until runoff season begins next year, the bureau said.

Even with the additional releases flowing into Lake Powell this year, the reservoir is expected to reach an elevation of 3,516 feet in April. Between now and then, Bryant said, the Bureau of Reclamation will continue working with Upper Basin states on a drought response operations plan.

Bryant said officials are hoping for the best, but preparing for the worst.

Lake Powell’s water level reached its pre-drought high of 3,700 feet in September 1999, according to the bureau. Since then, the lake level has dropped 145 feet, leaving the reservoir at just a third of its capacity, the agency said.

Federal officials have said the additional water being released into Lake Powell this year will not affect how much water is released downstream to Lake Mead, which is nearing its first federally declared water shortage. A shortage declaration will lead to cuts in Nevada’s allocation of Colorado River water next year.

Last month, Lake Mead broke its previous record low elevation of 1,071.61 feet, and water levels have continued to decline. As of about noon Thursday, the lake level was at 1,067.78 feet.

Water levels are expected continue declining in Lake Mead until November, when agricultural demand for water decreases, according to Patti Aaron, the Bureau of Reclamation spokeswoman for the Lower Colorado Basin.

Mack has said boosting outdoor watering schedule compliance from 50 percent to 65 percent when new watering restrictions begin in September would save Southern Nevada 5 billion gallons of water over the fall and winter.