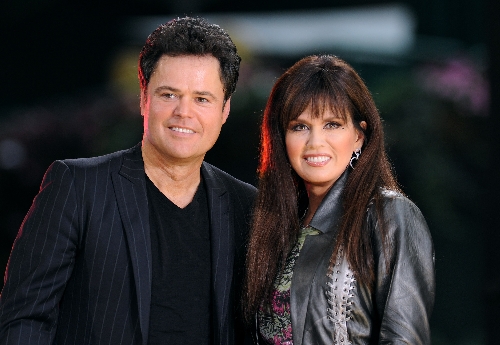 LaToya Jackson appears to be on the verge of joining the celebrity foreclosure list.

A Las Vegas condo she purchased in 1996 for about $260,000 is in default with an unpaid balance of $750,000, according to documents filed in the Clark County recorder’s office.

The property, which went into default in August 2006, is an 1,856-square foot 27th floor unit at Regency Towers inside Las Vegas Country Club.

Jackson, 53, was seen moving possessions out of Regency Towers days before the property was to go to public auction August 31.

A number of liens were placed against the condo over the years, some for delinquent homeowner fees, according to documents in the recorder’s office. In March 2006, she was sent a notice of default for $7,500 owed on the residence.

Rao’s, the legendary 10-table Italian eatery in New York City, will be seeing less of one of its more colorful characters.

Mobster Anthony “Fat Tony” Rabito has been put on notice by the feds: find some new joints for your pasta.

Rao’s is among a handful of mob hangouts deemed off limits by Rabito’s probation officers, according to the New York Post.

Rabito, 75, spent the last 21/2 years in federal prison in Pennsylvania for gambling, extortion and racketeering. He is the reputed consigliere of the Bonanno crime family. He was among a number of organized crime figures who went to jail after being implicated in the Donnie Brasco case involving an FBI agent who successfully infiltrated the Bonanno crime ring.

If Rabito is going to get his favorite Italian fare he’s going to have to order takeout from Bamonte’s, the Parkside Restaurant and Don Peppe, the other three hotspots he’s banned from, according to the New York Post.

Parkside maitre’d Alfredo Chiesa told the Post that Rabito will be missed, but he clammed up when asked about the restaurant’s mob clientele.

“We sell lobsters, not mobsters!” he said.

The only recent mobster sighting at Rao’s at Caesars Palace, I’m told, was Steve Schirripa, who played one in “The Sopranos.”

Score one for Marie Osmond in her long-running one-upsmanship act with brother Donny. One of her Twitter postings Tuesday mentioned her brother’s upcoming appearance on ABC’s “Dancing With the Stars” with professional dancer Kym Johnson. Marie called Donny “a no-quit guy. He’ll work it 100 percent. He does sweat a lot on stage, though. Kym will need a squeegee.” …

Whitney Houston‘s new album, “I Look to You,” has debuted at No. 1 on the Billboard 200 charts, with almost 305,000 copies sold. The title song was recorded at the Palms recording studios. It’s her fourth chart-topper and her best opening sales week in almost 20 years.

Mariah Carey, showing up at Ruth’s Chris Steak House on Tuesday. … Miss America 2009 Katie Stam, taking in Terry Fator‘s show (Mirage) on Tuesday. Wednesday she packed donated lunches with other volunteers at Three Square, read to children at Warren Empowerment School and then had a question-and-answer session with some young people at the Boys and Girls Club of Southern Nevada. Today she’s got an autograph-signing session in the Extra Lounge at Planet Hollywood Resort from 10:30-11:30 a.m., and at 1:30 p.m. she will have a hot dog named after her during a ceremony at Pinks, which recently opened at Planet Hollywood Resort. … Ian Ziering, former “90210” star and contestant on the fourth season of ABC’s “Dancing with the Stars,” dining at Rare 120 (Hard Rock Hotel) on Tuesday. … Comedian David Brenner, having lunch at Simon at Palms Place on Wednesday.