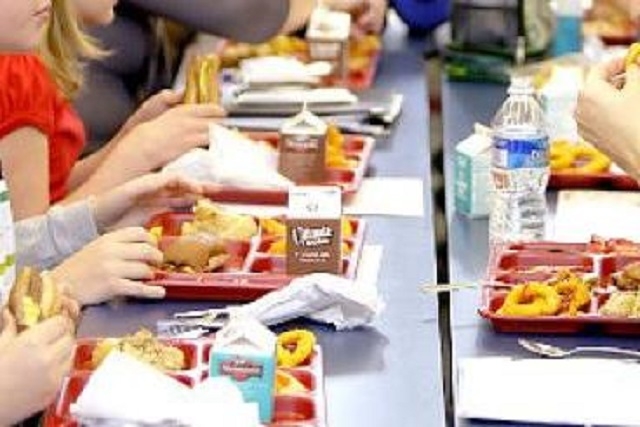 Parents in Utah say they’re outraged after up to 40 elementary school students at a Salt Lake City school had their school lunches thrown out because of outstanding balances on their account. (File/Associated Press)

SALT LAKE CITY — Parents in Utah say they’re outraged after up to 40 elementary school students at a Salt Lake City school had their school lunches thrown out because of outstanding balances on their account.

Salt Lake City District spokesman Jason Olsen said the district attempted to contact parents with negative balances via phone Monday and Tuesday, but were unable to reach all of them before the district’s child-nutrition manager decided to take away the students’ lunches.

Olsen also noted cafeteria workers weren’t able to see who was in debt until after the lunches had already been handed out.

He said the workers threw out the lunches because they can’t be served to another student. The students whose lunches were taken away were given fruit and milk per district policy.

Parent Erica Lukes told the newspaper the children shouldn’t be “punished or humiliated” for their parents’ mistakes.

A statement posted on the District’s Facebook page said, “This situation could have and should have been handled in a different manner. We apologize.”

And adds: “We understand the feelings of upset parents and students who say this was an embarrassing and humiliating situation. We again apologize and commit to working with parents in rectifying this situation and to ensuring students are never treated in this manner again.”

On Nutrition: Simple tips for making better choices in 2023