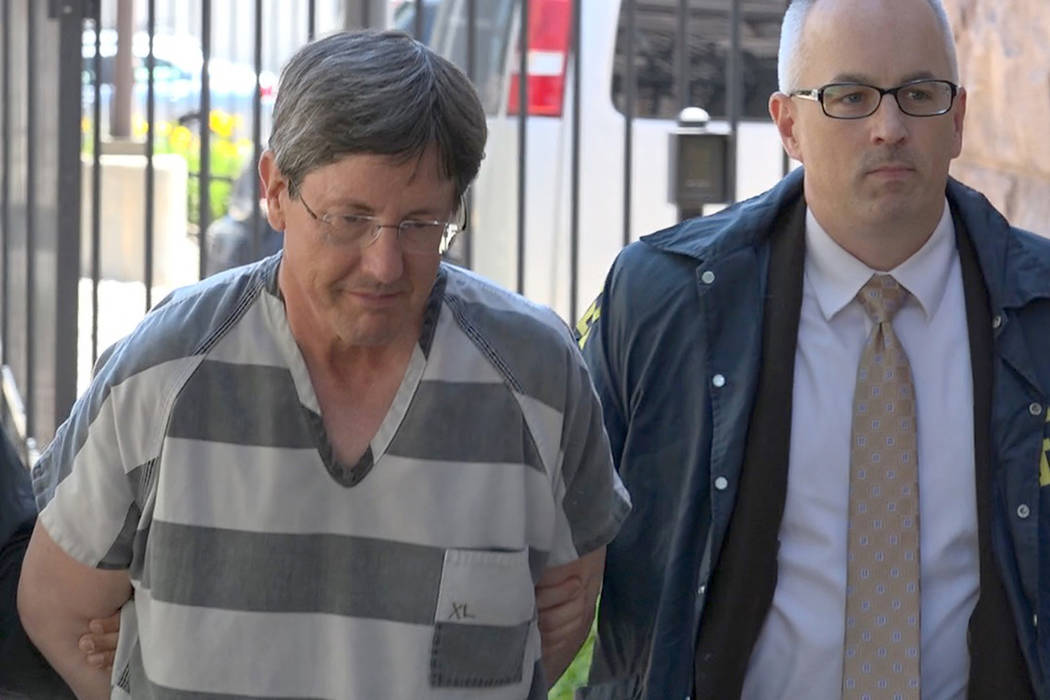 This frame grab from KSFY Television video shows polygamous sect leader Lyle Jeffs arriving at the Federal Courthouse Thursday, June 15, 2017, in Sioux Falls, S.D. Jeffs has been captured in South Dakota while apparently living out of his pickup truck after nearly a year on the run. Authorities had been hunting for Jeffs since he escaped home confinement in Utah on June 18, 2016, ahead of his trial in an alleged multimillion-dollar food stamp fraud scheme. (KSFY Television via AP)

SALT LAKE CITY — A polygamous sect leader is pleading not guilty to a failure to appear charge filed after his nearly year-long stint as a fugitive.

Lyle Jeffs appeared before a federal judge in Utah on Monday, looking thinner than he did in previous court appearances. He could face up to 10 years in prison if convicted on that charge.

Jeffs has also pleaded not guilty to charges filed in a suspected multimillion-dollar food-stamp fraud scheme. He was awaiting trial when he escaped from home confinement in Salt Lake City in June 2016.

He was recaptured in South Dakota last month after pawning two pairs of pliers while apparently living out of his pickup truck.

The two other felony counts of benefits fraud and money laundering carry possible 5- and 10-year sentences.

Many of the other 10 defendants accused in the food-stamp scheme struck plea deals with federal prosecutors, but U.S. Attorney for Utah John Huber has said Jeffs’ case will be different.

Jeffs was awaiting trial in the food-stamp fraud case in June 2016 when he used olive oil to slip out of his ankle monitor and escape home confinement in Salt Lake City.

He was apparently living out of a pickup truck in the small South Dakota town of Yankton near the Nebraska state line. He was arrested June 14 when a pawn shop employee looked online and discovered the man who had just sold him two pairs of Leatherman pliers was wanted by the FBI.

He had been in the area for about two weeks, was running low on resources and was struggling without the help of fellow sect members, the FBI has said. Investigators say he’d recently fallen out with his brother Warren Jeffs, who runs the group and is serving a life prison sentence in Texas for sexual assault of underage brides.

Their group, known as the Fundamentalist Church of Jesus Christ of Latter Day Saints, is based in a small community on the Utah-Arizona border. Members of the sect believe polygamy brings exaltation in heaven.

The group is an offshoot of mainstream Mormonism, which disavowed polygamy more than 100 years ago.

Lyle Jeffs was the last of the defendants in the food stamp fraud case still behind bars when U.S. District Judge Ted Stewart reversed an earlier decision and granted his release to home confinement last year.

Prosecutors say Jeffs and the other defendants diverted at least $12 million in food stamps to buy tractors, trucks and other items.