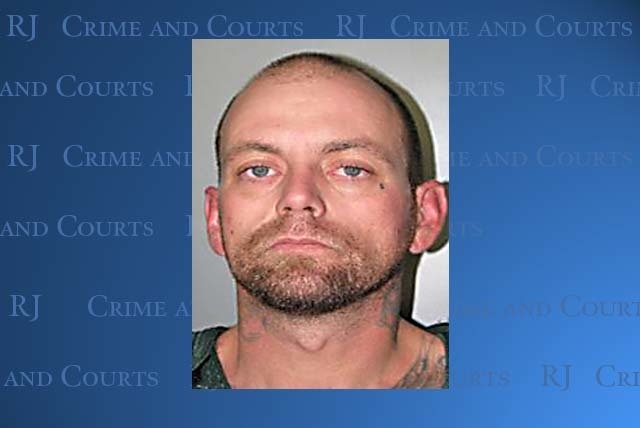 A 43-year-old man was found guilty of first-degree murder and other charges in the October 2010 shooting in Henderson of another man involved in a love triangle, prosecutors said.

Following a week-long trial and about 90 minutes of deliberation on Tuesday, a jury found James Finias guilty of first-degree murder with use of a deadly weapon, discharging a firearm from a motor vehicle and possession of a firearm by an ex-felon.

Finias will be sentenced by District Judge David Barker at a hearing set for March 10. He faces 21 years to life in prison without the possibility of parole.

Prosecutors Marc Schifalacqua and Jay Raman said Finias lured Chad Coleman, 36, via text messages to a secluded area on the edge of a desert area near Wagonwheel and Foothills drives.

The two men were dating the same woman, which prompted the shooting, prosecutors said.

Authorities gathered a plethora of evidence that placed Finias at the location of the shooting, including a smoldering cigarette with Finias’ DNA on it and text messages sent 20 minutes prior to the shooting.

Finias was arrested about a week later. Investigators found a .45-caliber handgun hidden in a vehicle Finias was driving.

Schifalacqua and Raman argued that Finias tried to change the signature of the gun by tooling the barrel of the weapon. But the defendant never changed the markings made from the ejector.

Special public defender David Schieck represented Finias. The defense argued Finias and Coleman had no beef with each other and Finias’ other girlfriend may have shot Coleman.

The jury didn’t buy it and quickly returned a guilty verdict.

Finias, who is jailed at the Clark County Detention Center, also faces one count of battery by a prisoner in an unrelated case. A status check is set in that case for Jan. 9.