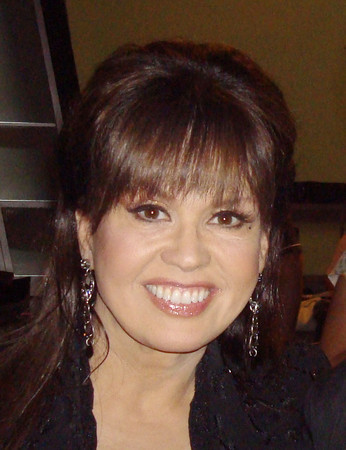 Flamingo headliner Marie Osmond has fired her longtime manager, P. Karl Engemann, 79, who has countered with a breach of contract action.

According to legal documents, Engemann was informed Oct. 23 by the Los Angeles law firm of Lavely and Singer that he was being dismissed for repeated defamatory and derogatory comments to third parties, multiple breaches of fiduciary duties, entering into unauthorized commitments, seeking to obtain monies outside the purview of the management agreement and other violations of his obligations.

Engemann, in a demand for arbitration filed Oct. 27, contends there is no basis for Osmond’s refusal to pay. His filing said he has represented her for 35 years and helped her "sustain a vibrant career which continues to flourish."

He is seeking overdue commissions. His filing indicated he was responsible for her 2008 $1.5 million deal for six months at the Flamingo with brother Donny. That deal was extended through 2010 for $125,000 per show for each of them, according to the document.

An offer to extend the engagement through 2012 is pending, the filing said.

Engemann is seeking at least $88,000. He claims that Marie Osmond came to his hotel room at 5 a.m. on Sept. 12 and informed him that she wanted out of her contract.

Engemann’s daughter, Shawn, is married to CNN host Larry King. Two years ago, the rift between Engemann and Osmond widened when Donny and Marie appeared on "Larry King Live" and felt ambushed when the host asked her about her teenage son going into rehab, according to a published report.

King reportedly was upset that he had been working on the Osmonds for some time to celebrate their 50 years in show business on his show, only to see them go on "Oprah."

They are mentioned among two dozen "dedicated team of first readers," those who helped check the autobiography.

Agassi thanks wife Stefanie for her "constant inspiration" and children Jaden and Jaz for their energizing daily smiles.

He also thanks brother Phillip and his wife, Marti, coaches Darren Cahill and Brad Gilbert, and other friends.

Agassi’s final words in the book are directed to his children in the acknowledgments.

"It was written for them, but also to them," wrote Agassi. "I hope it helps them avoid some of the traps I walked right into. More, I hope it will be one of the many books that give them comfort guidance, pleasure. I was late in discovering the magic of books.

"Of all the many mistakes that I want my children to avoid, I put that one near the top of the list."

"Is that the finish line or crime scene tape?" — From David Letterman‘s Top Ten Thoughts That Go Through Your Mind When Running The New York City Marathon.