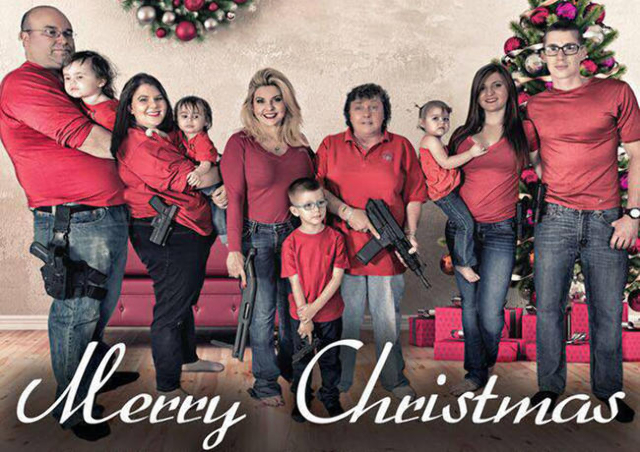 In case you had any doubt, state Assemblywoman Michele Fiore (R-Las Vegas) has made clear yet again her stance on the right to bear arms.

A Christmas card on Fiore’s Facebook page shows the assemblywoman with nine members of her family wearing matching red shirts and holding a variety of firearms, from handguns to rifles and a shotgun.

“It’s up to Americans to protect America. We’re just your ordinary American family,” Fiore wrote on the Nov. 30 post.

Fiore is a lifetime member of the National Rifle Association, the Front Sight Firearms Training Institute and a member of Second Amendment Sisters, according to her campaign website. Last month, she released a 2016 calendar titled “Walk the Talk 2nd Amendment.”