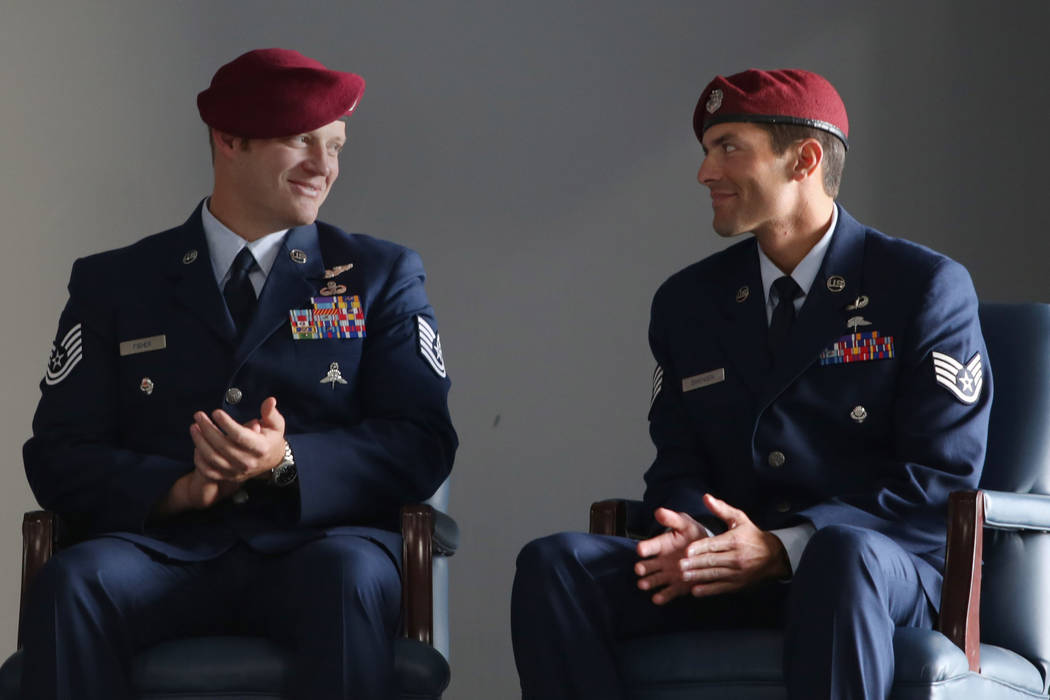 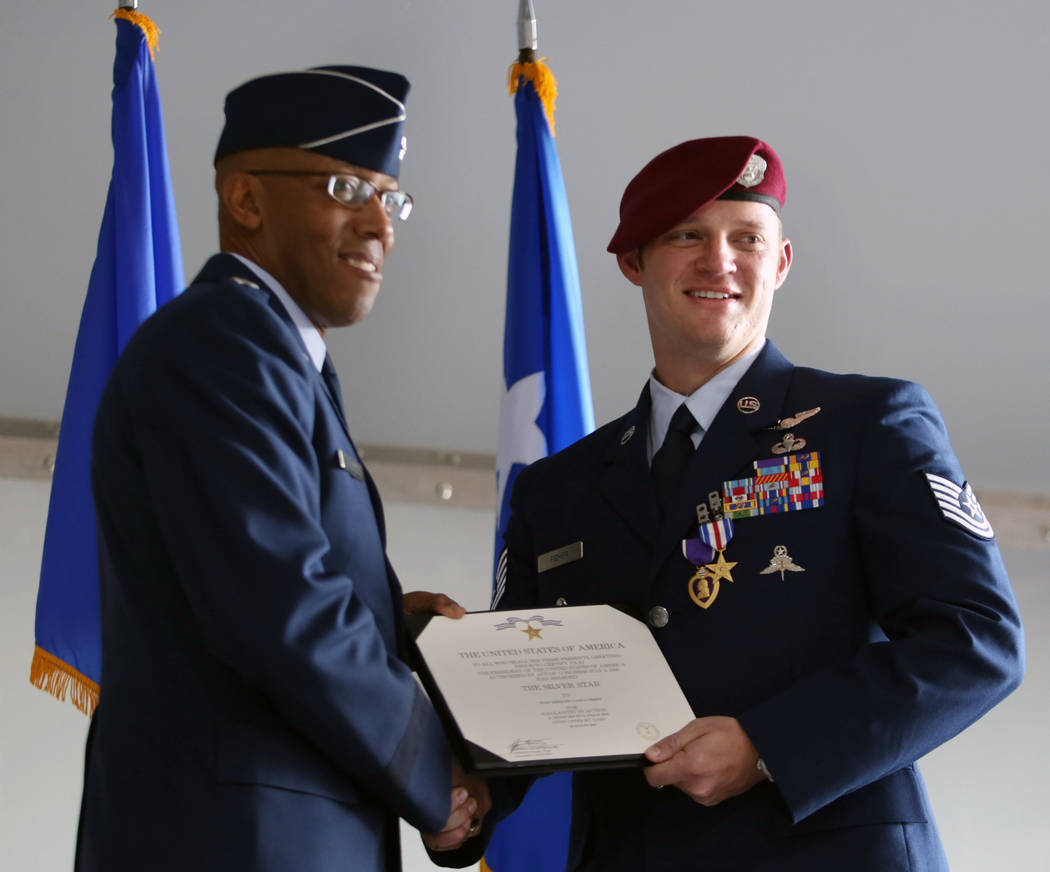 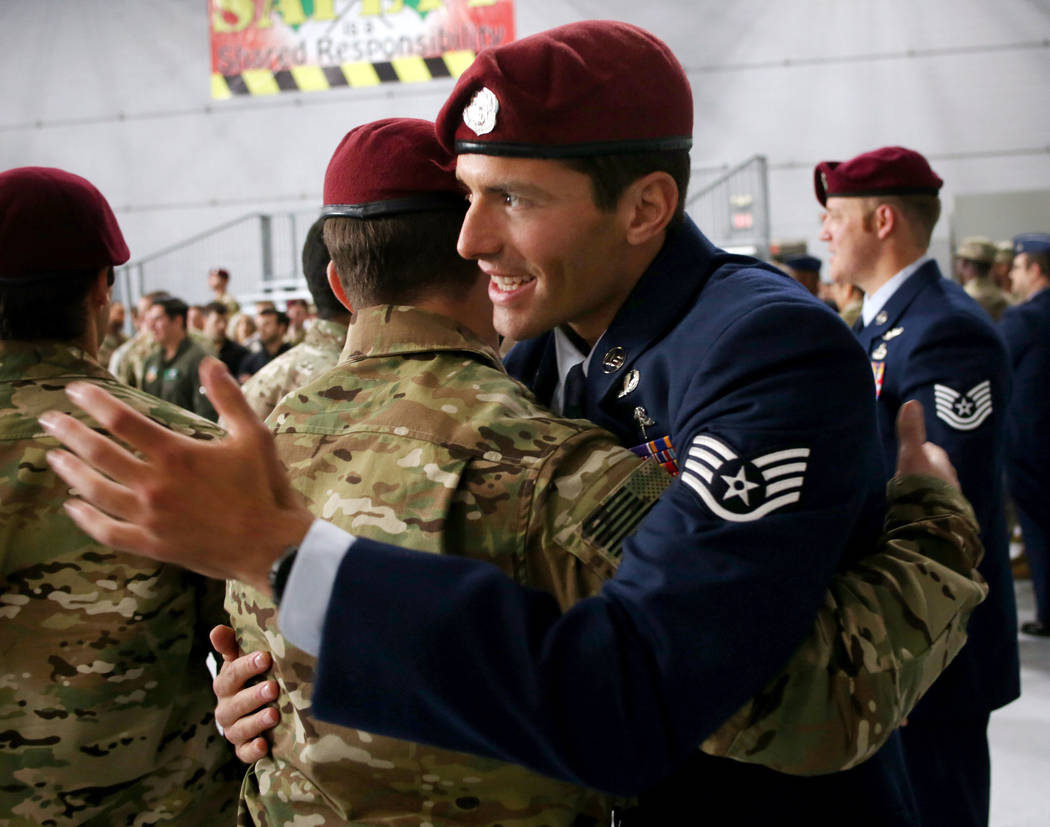 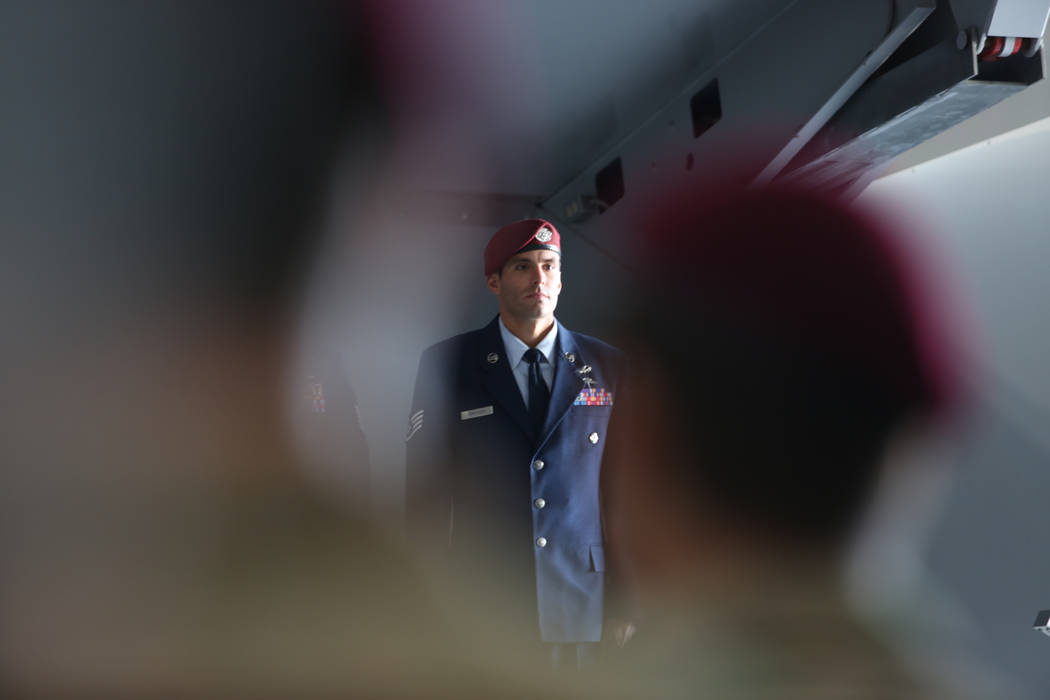 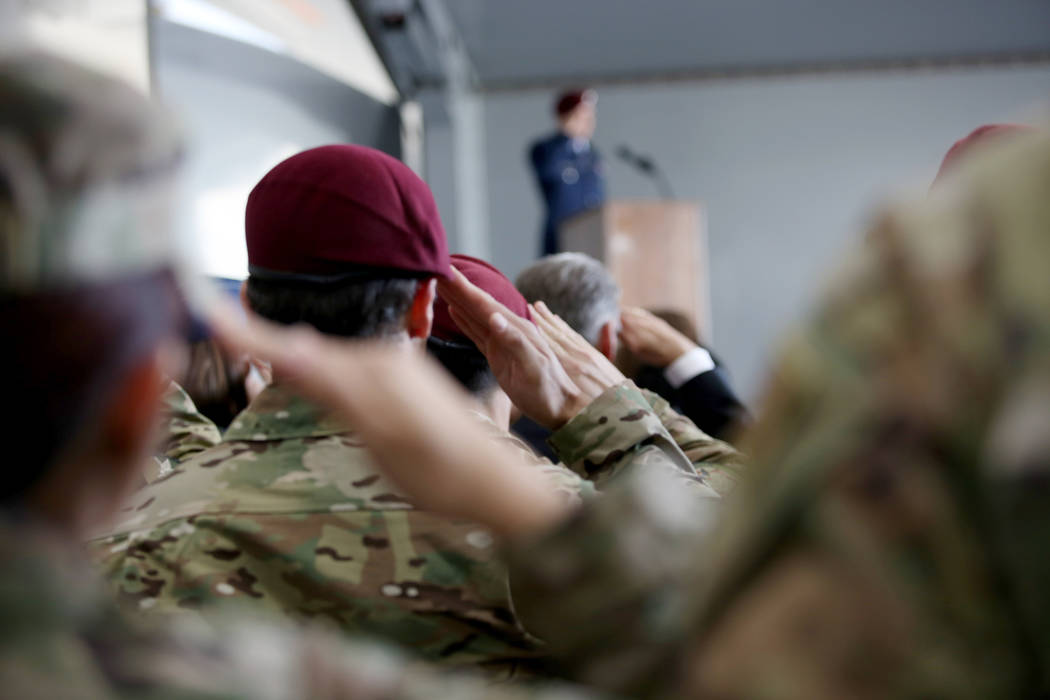 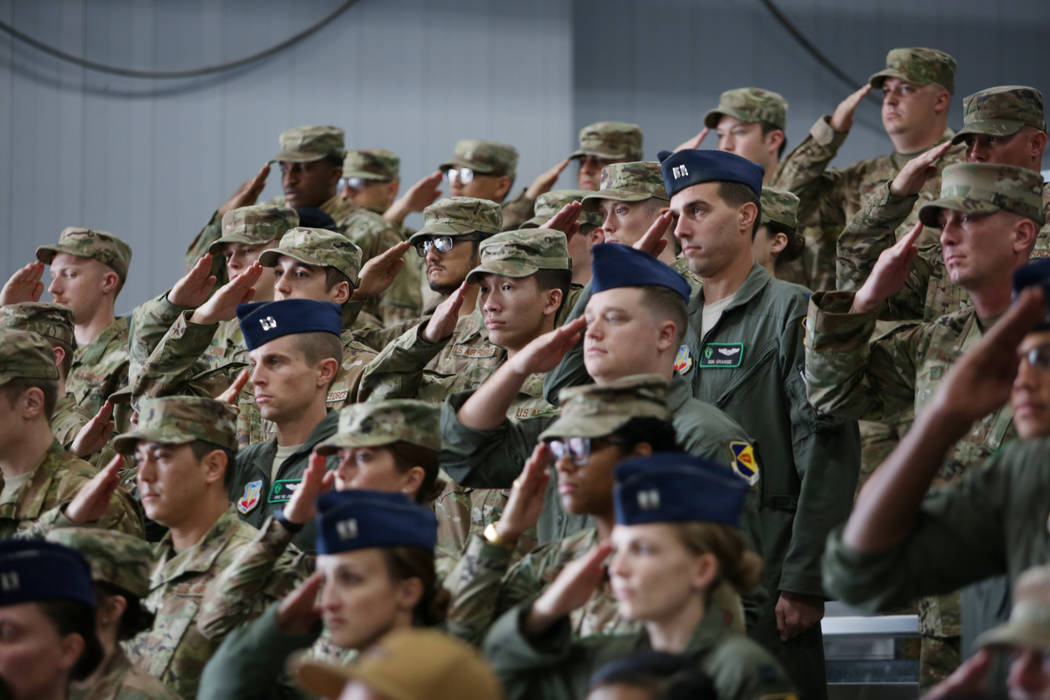 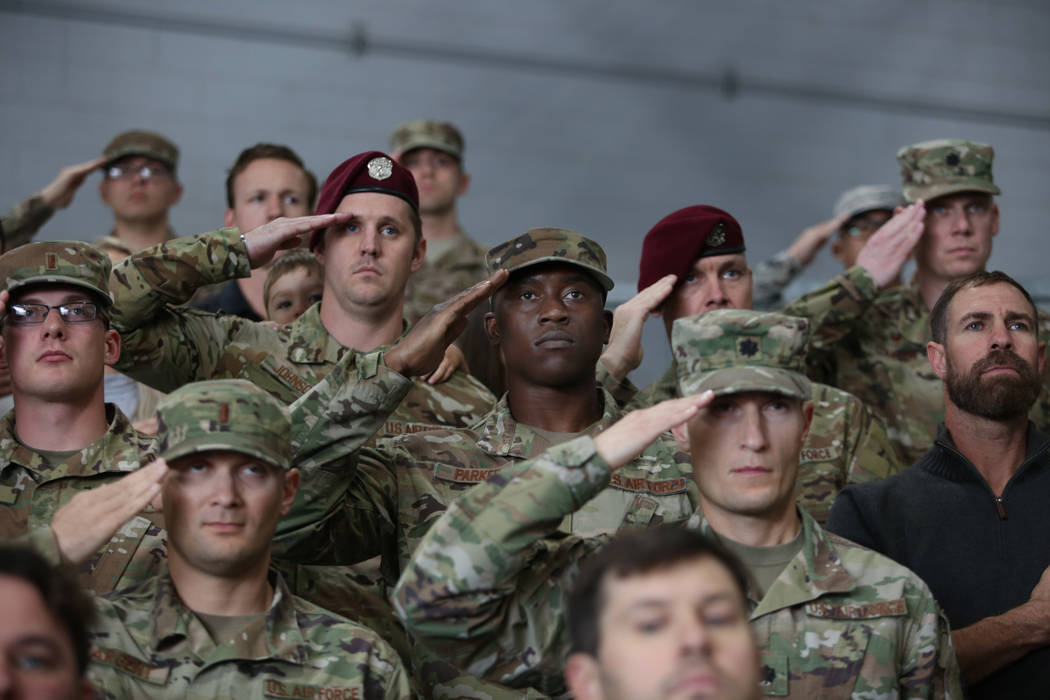 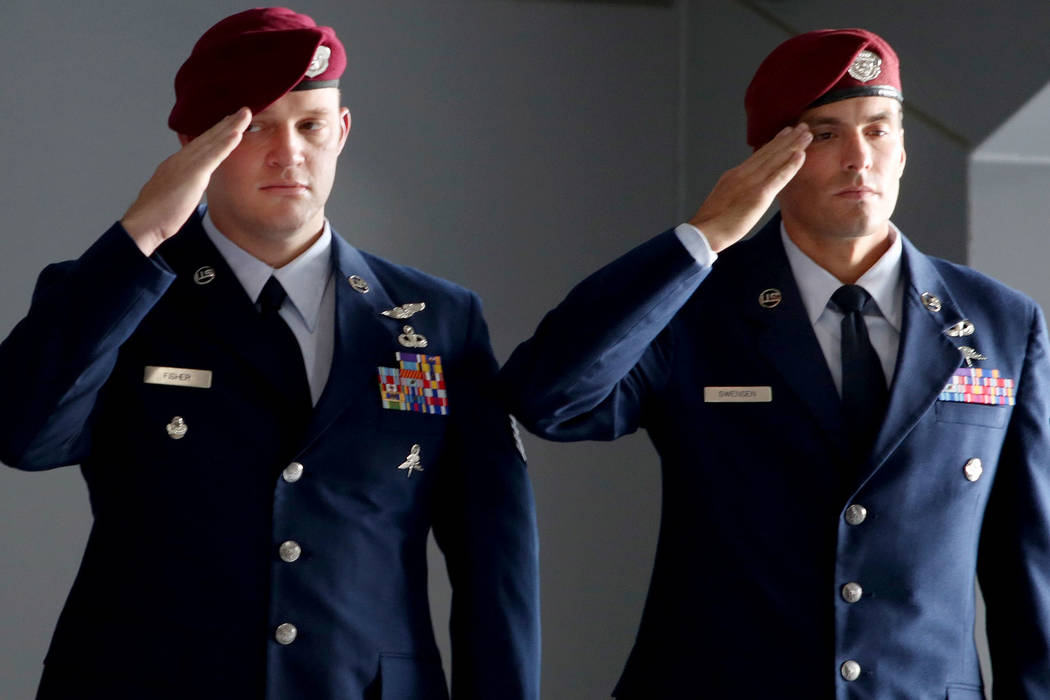 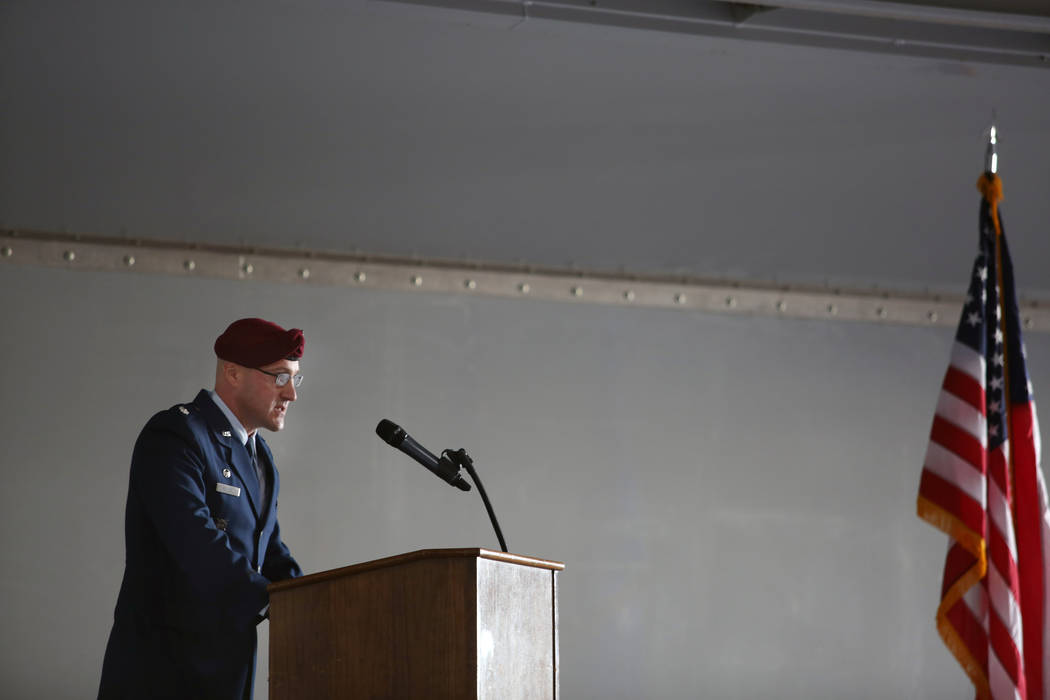 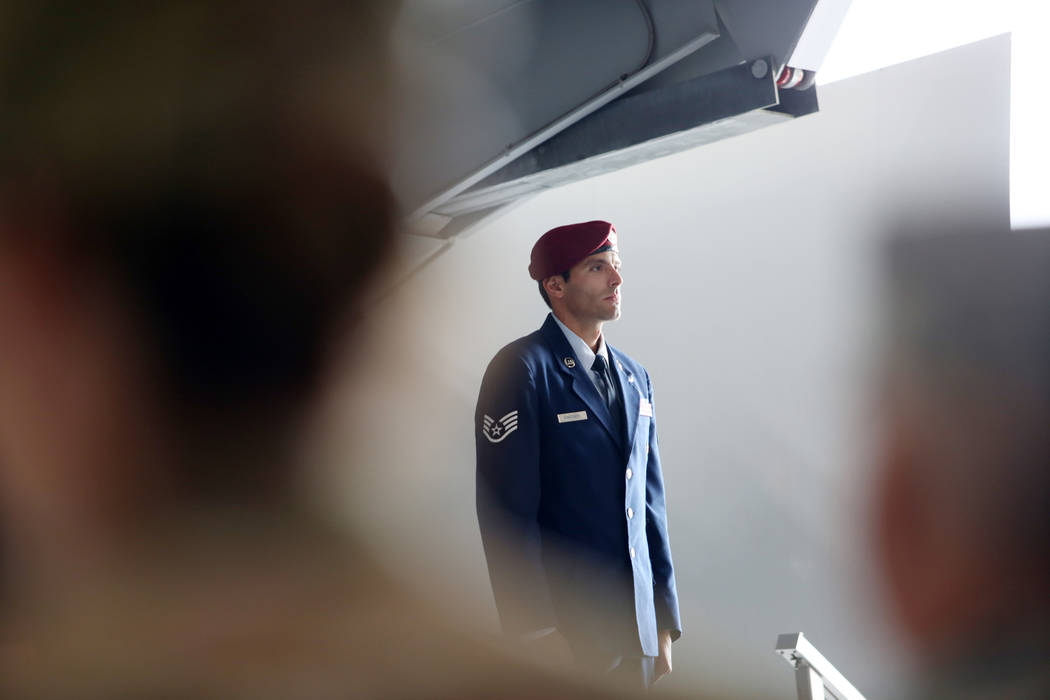 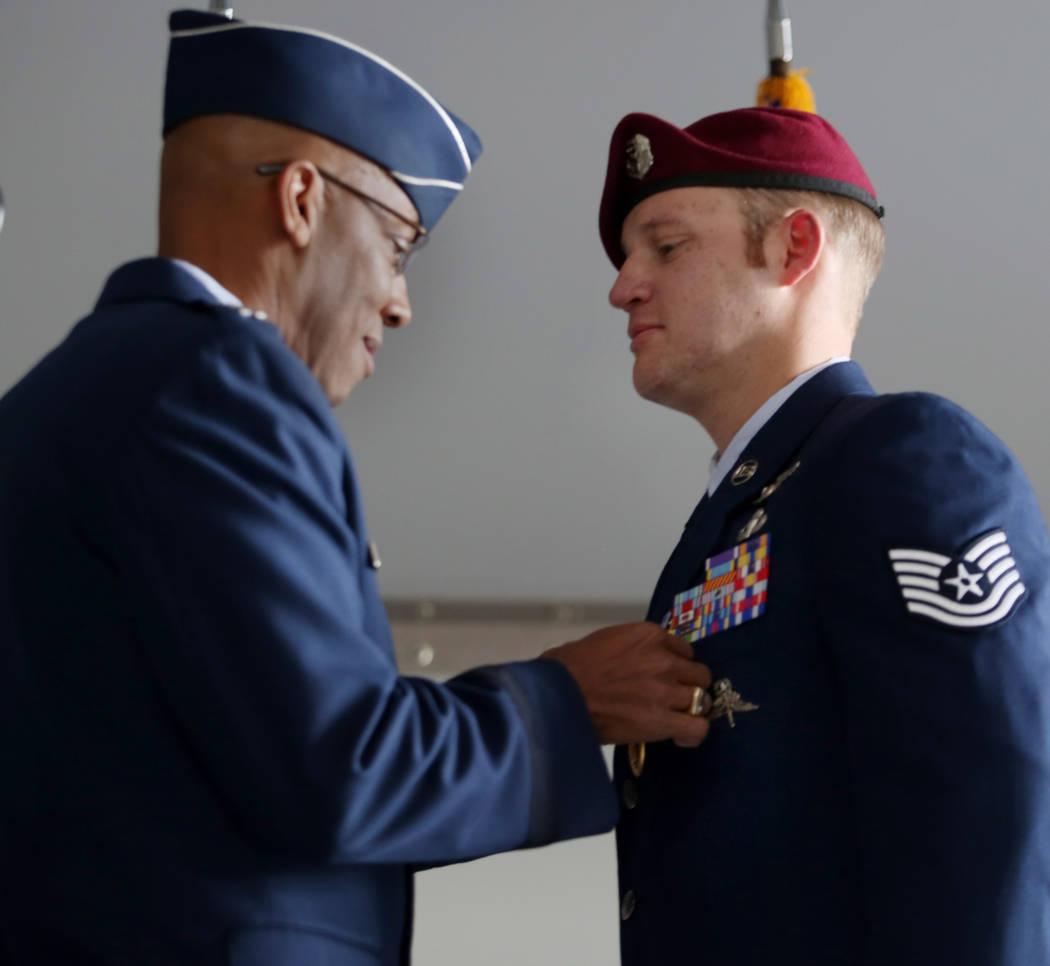 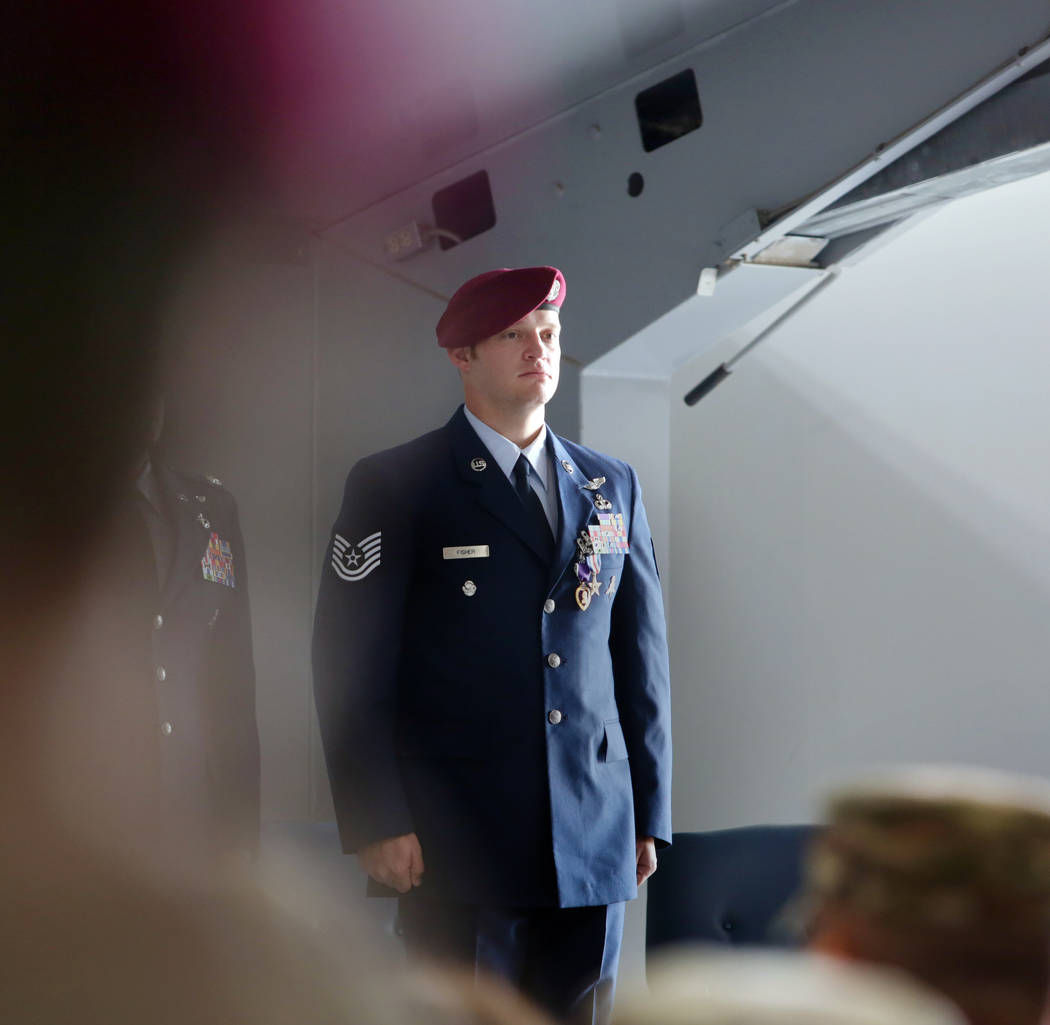 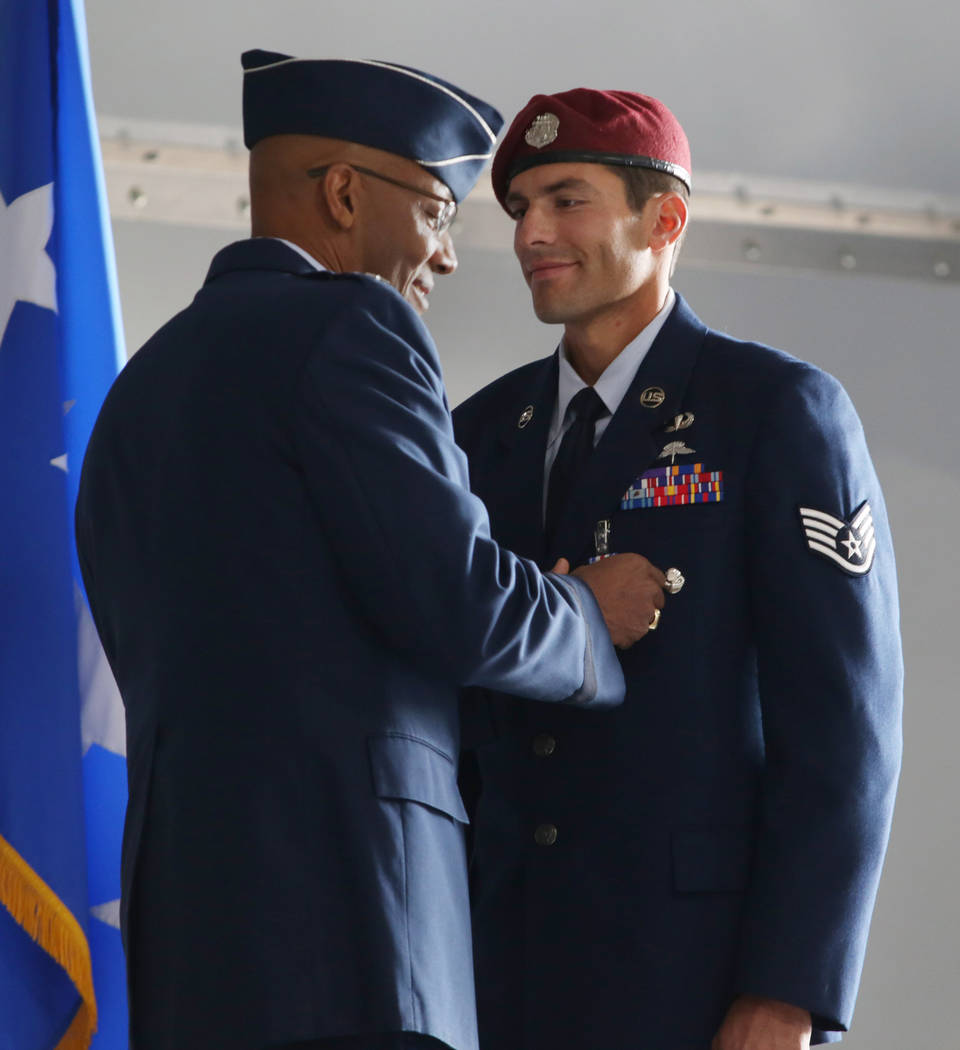 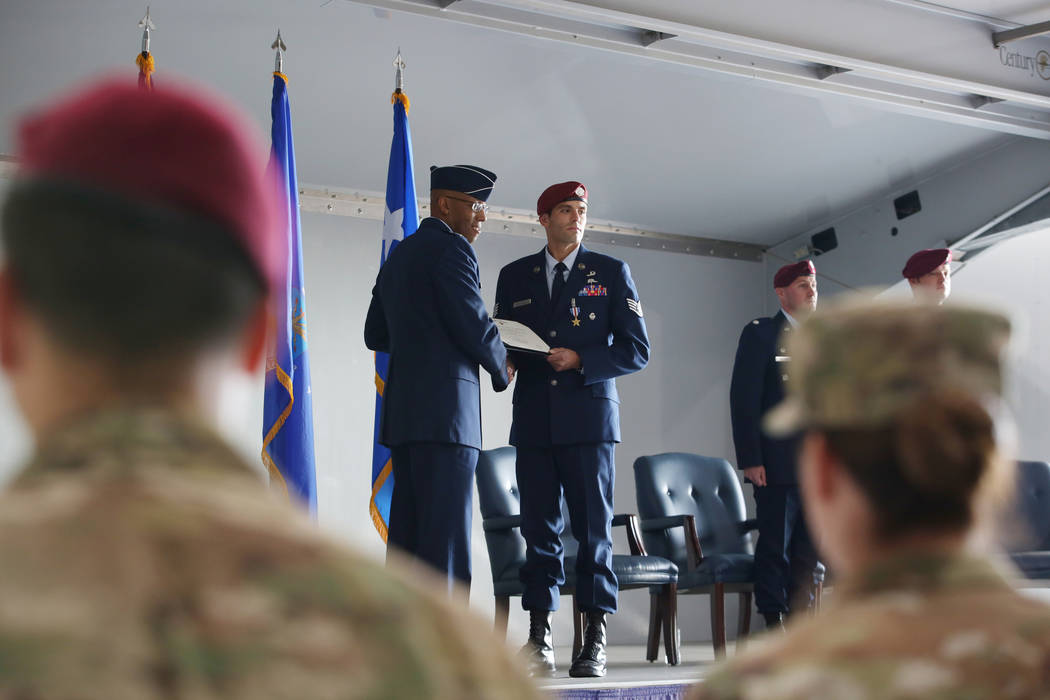 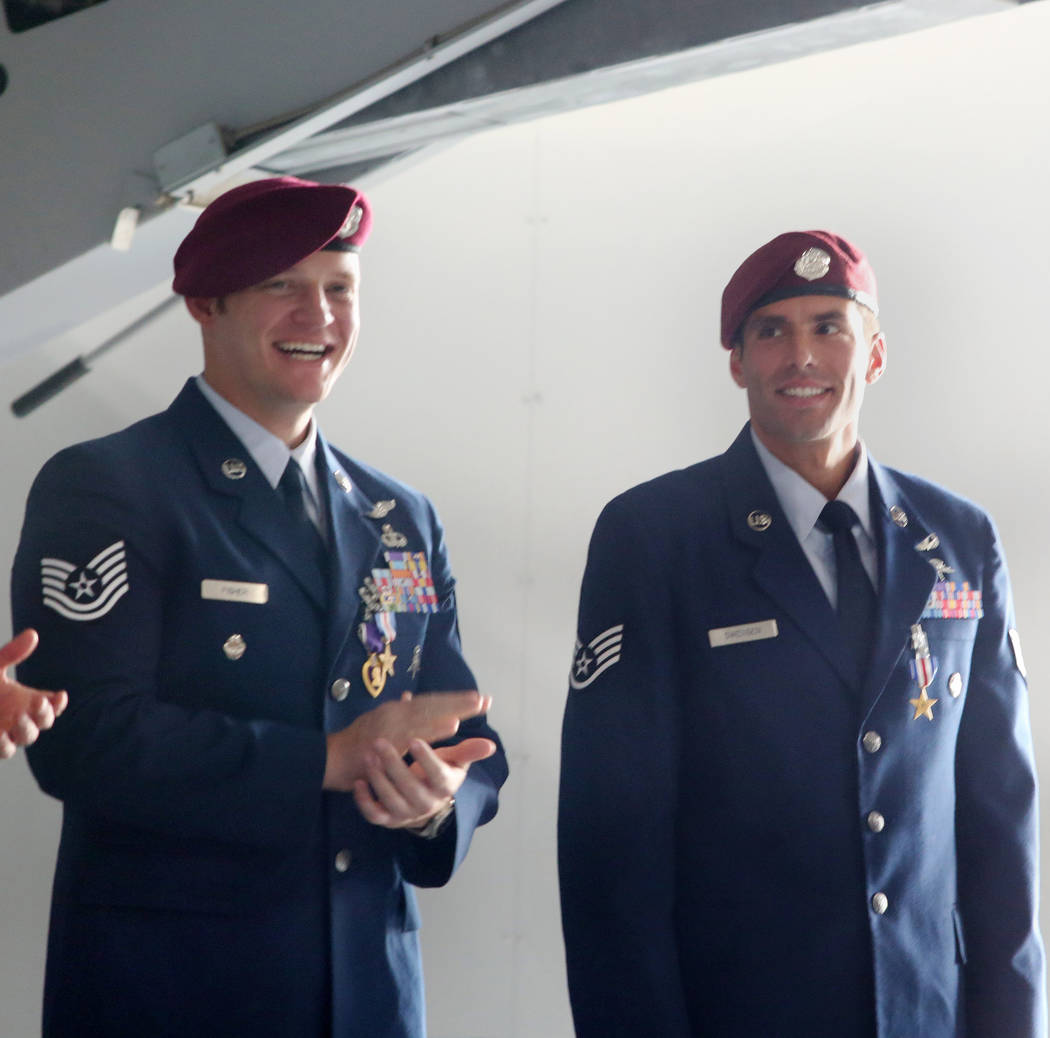 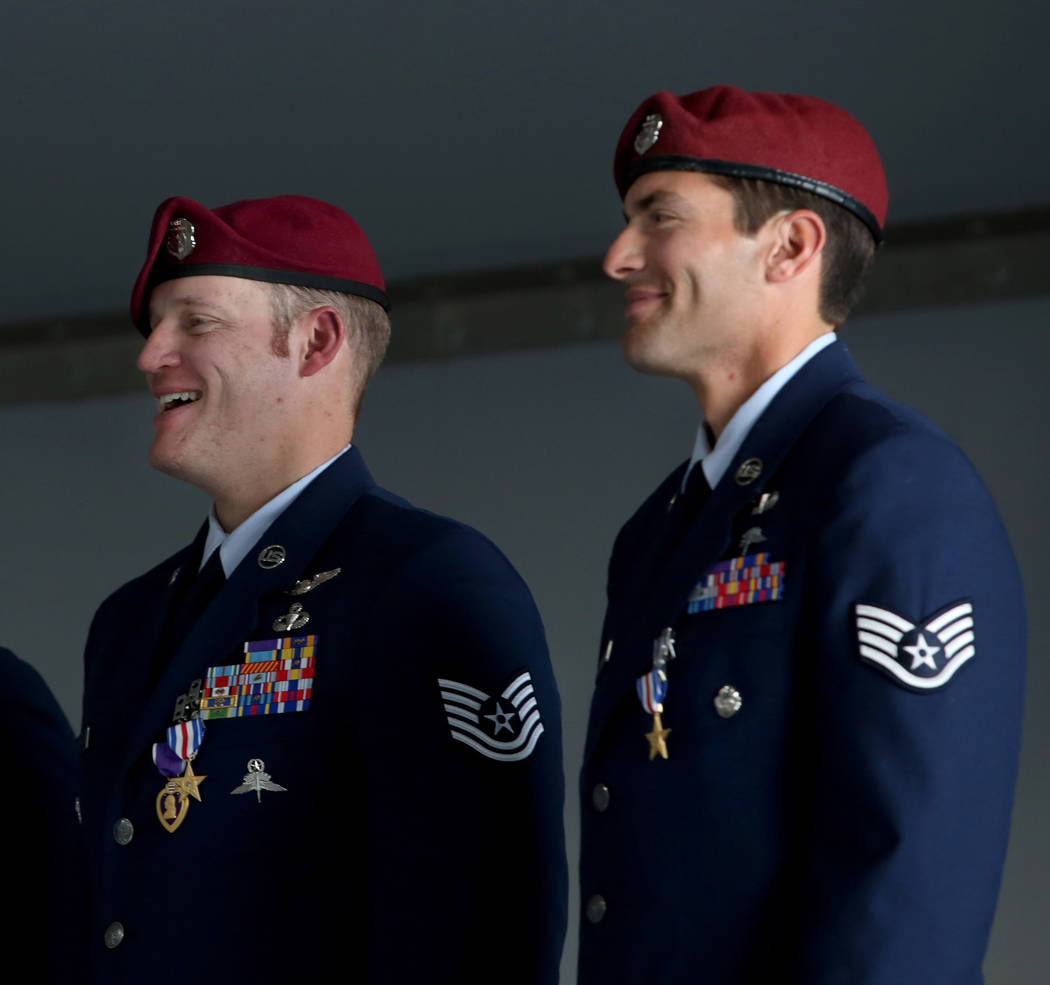 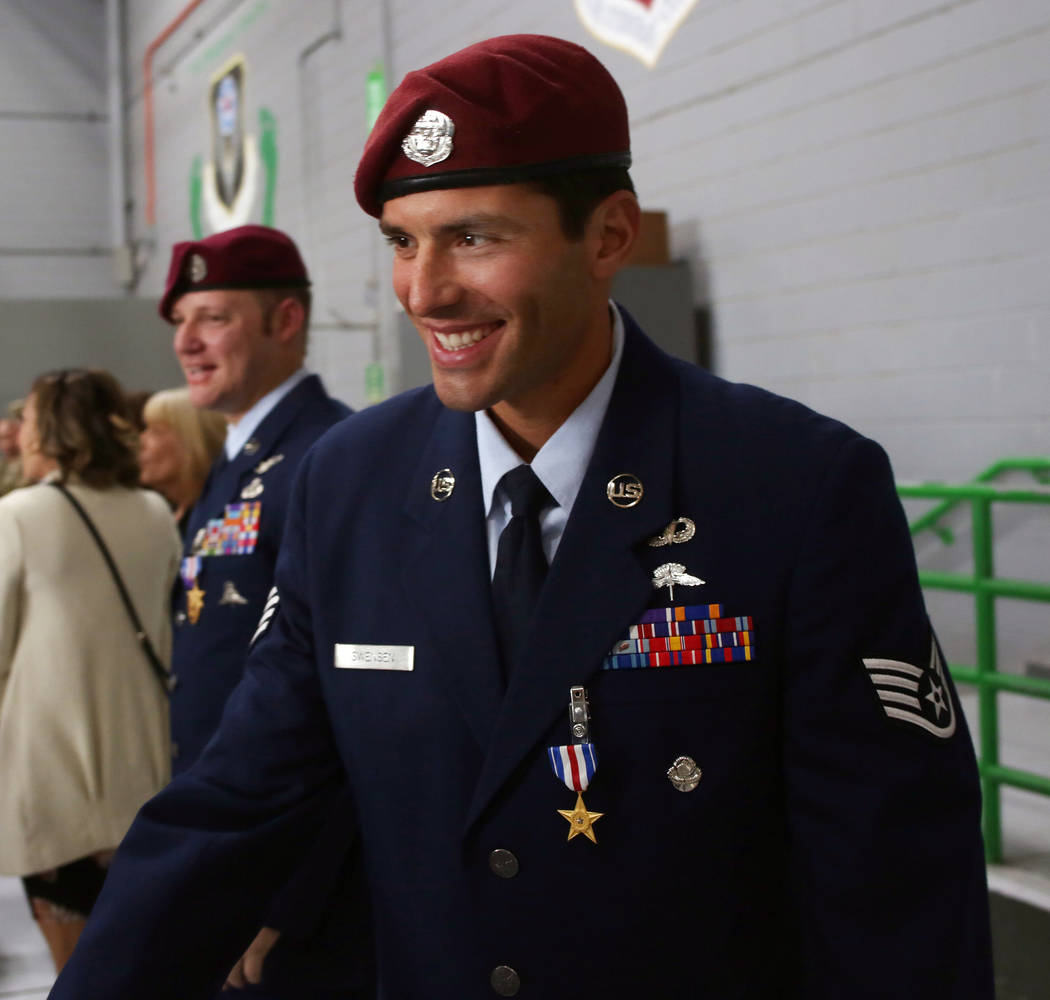 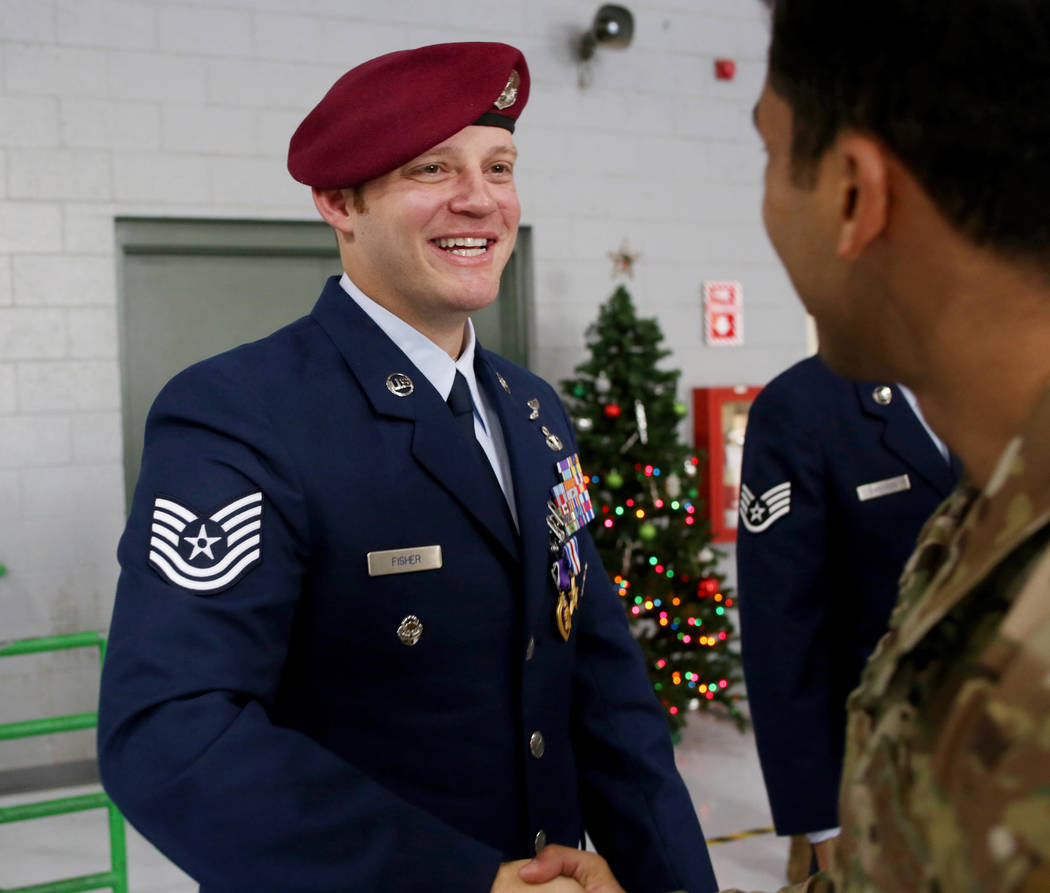 Technical Sgt. Gavin Fisher shakes the hand of a member of the military after a ceremony awarding the Purple Heart and Silver Star Medal to Sgt. Fisher at Nellis Air Force Base in Las Vegas on Friday, Dec. 13, 2019. (Elizabeth Page Brumley/Las Vegas Review-Journal) @EliPagePhoto

Two Nellis Air Force Base servicemen received Silver Star Medals Friday afternoon for heroism in battles with hundreds of Taliban assailants in Afghanistan that officials say saved the lives of at least a dozen comrades.

Technical Sgt. Gavin S. Fisher and Staff Sgt. Daniel C. Swensen each received a Silver Star Medal — the military’s third-highest combat award for gallantry in action — in a ceremony at the sprawling air base northeast of Las Vegas. Fisher also was given a Purple Heart, for continuing to fight for two days with shrapnel scattered throughout his back and down his legs.

“I’m proud of both of them, and they have been humble about the awards,” said their commander, Lt. Col. Douglas R. Holliday, after the ceremony. Their actions resulted from years of training, intelligence, determination and a strong desire to serve their country, he added.

Fisher and Swensen remained straight-faced as their citations were read aloud to more than 200 people.

Each flashed a smile after the award was pinned to their uniform, and the crowd — filled with people serving in the armed forces and their friends and family — erupted in applause. Fisher and Swensen are on active military duty and will be deployed again, according to Holliday. Both declined to be interviewed and did not speak during the ceremony.

There have been only about 150,000 Silver Stars awarded, Gen. Charles Q. Brown Jr. said during the award ceremony.

Brown commended the courage and abilities they showed in combat and said it exceeded that of any fictional superhero.

“Technical Sgt. Fisher and Staff Sgt. Swensen employed their training and expertise at such a high level of proficiency that their actions and reactions were almost second nature,” he said. “Their ability to prepare, predict and execute in a dynamic environment is nothing short of extraordinary. It would put Spider-Man to shame.”

Fisher was part of a task force dispatched on a 10-day crisis response mission to clear Taliban fighters from Ghazni city in central Afghanistan in August 2018. He was the rear gunner for the lead vehicle in a convoy when it was ambushed with rocket-propelled grenades and machine gun fire, according to his citation.

He was struck with shrapnel from his back down to his leg but continued to fight and directed the vehicle out of the area, Holliday said.

“Sergeant Fisher, without hesitation or regard for his own personal safety, dismounted his armored vehicle and began to assess and treat four wounded soldiers while at the same time engaging two enemy fighters within 50 meters (about 165 feet) of his position,” the citation said.

Then he provided medical treatment to two soldiers — including administering blood transfusions — until the convoy reached a medical evacuation site.

The force was ambushed again, and he treated five critically wounded soldiers and facilitated a second medical evacuation, while refusing to be evacuated himself, the citation said.

Fisher also maneuvered nearly 250 feet through “overwhelming heavy machine gun fire, as well as small arms fire to assess and treat five wounded soldiers during (an) engagement before tending to his own wounds,” it said.

As the team conducted clearance operations through the city, a rocket-propelled grenade directly struck his vehicle, severely wounding him.

During the combat, Fisher was again the rear gunner and reached for his gun on his body because the vehicle’s equipment could not reach a combatant. In that moment, a plate on the vehicle exploded from enemy fire and shrapnel was sprayed toward his face, according to Holliday.

“He continued to engage the enemy with his primary weapon, directing his team to safety, until ultimately relenting to medical care,” according to the citation.

Swensen’s story is no less dramatic.

He saved nine American and other special operators during a mission in September, according his citation.

Swensen was part of a task force leading an assault to clear a Taliban compound in Farah Province in western Afghanistan, according to an Air Force news release. He was taking part in a helicopter assault to reclaim the central district and police headquarters from the Taliban when the aircraft was ambushed from less than 100 yards away, according to his citation.

“The enemy engaged his team with heavy machine gun fire and rocket-propelled grenades, pinning them down and separating them from their supporting fire team,” according to the citation.

One rocket struck a wall just behind Swensen, knocking him off his feet and injuring him and five teammates with shrapnel.

Later, he spotted an American solider incapacitated and bleeding in the line of fire.

“Ignoring his own wounds and with complete disregard for his own personal safety, Sergeant Swensen exposed himself to the intense enemy fire to sprint out to the soldier, treat his life-threatening wounds and move him behind cover,” according to his citation.

Swensen also directed five other wounded soldiers to a helicopter landing zone while carrying another injured team member on his shoulders.

At the extraction site, a Taliban force ambushed his team with machine gun fire, and he continued to treat the injured, the citation said. After evacuating the five team members, he went through a city with his team to evacuate four more casualties — moving nearly a half mile through enemy territory.

“Only after securing medical evacuation for all remaining casualties, Sergeant Swensen allowed medical attention for his own wounds,” according to his citation. 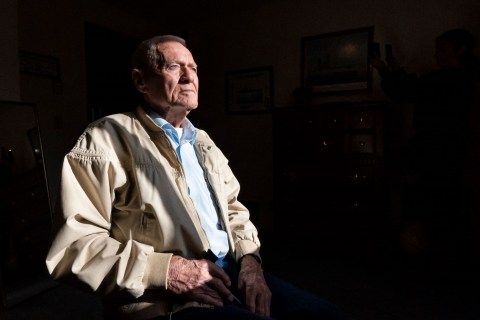 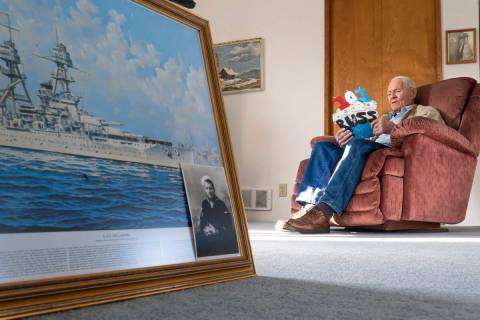 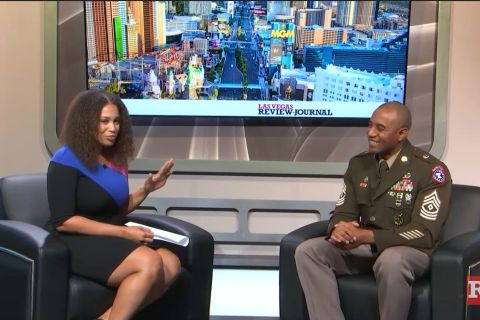 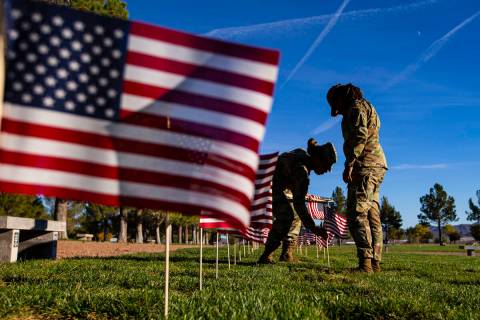 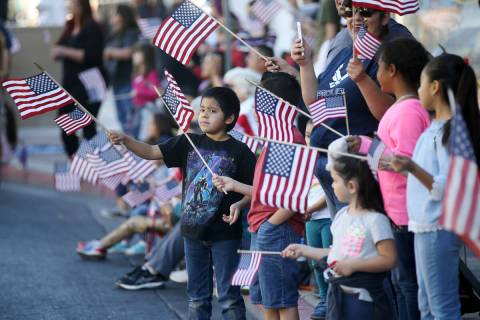 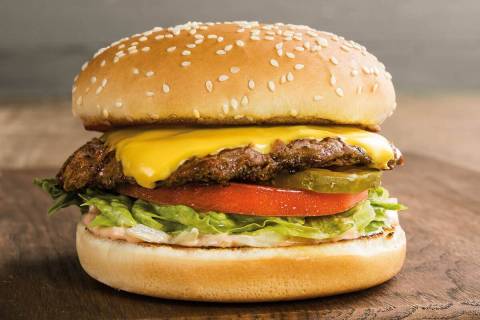 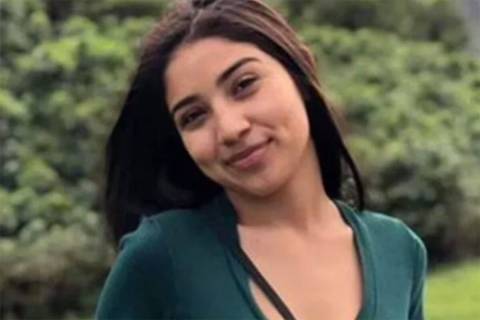