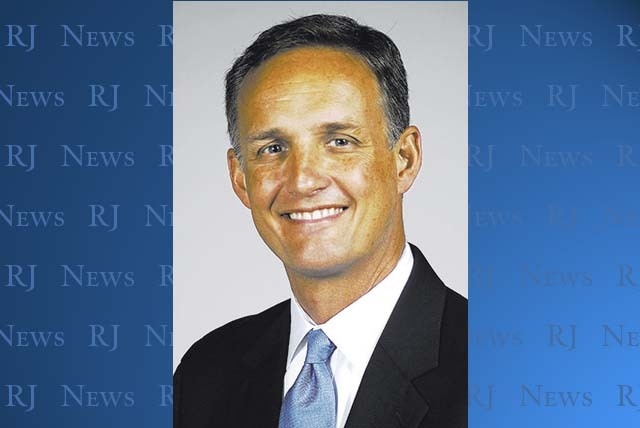 Scott Spiker, CEO of a long-standing financial planning company sees doom on the horizon affecting retirements and promotions. Air Force officials are braced for cutbacks in Red Flag and weakens school training and say it's too early to tell about the Thunderbirds schedule.

Pentagon officials say it’s too soon to tell how a second round of spending cuts under the sequester law could affect military families, but a long-standing financial planner for families of military and government employees says the anxiety alone has cast a cloud of concern about retirement and health care.

“It’s getting back to the sky is falling again,” said Scott Spiker CEO of First Command Financial Services Inc. “Folks are dealing with the eventuality that their promotion rate and ability to retire are diminished. They are very apprehensive that they may not make it to retire.”

And that hits home at Southern Nevada’s Nellis Air Force Base on the Las Vegas Valley’s north end and Creech Air Force Base at Indian Springs, 45 miles northwest. Combined they employ 8,425 in the military and 4,065 civilians, accounting for an annual payroll of more than $694 million. On any given day, 1,000 temporary duty personnel depend on the bases and operations at the sprawling Nevada Test and Training Range.

“These findings represent the latest development in a continuing consumer concern that we have been monitoring for the past two years, a concern triggered in part by proposed changes to the military’s health insurance program known as Tricare,” Spiker said.

First Command has checked the financial pulse of military families for 54 years in gauging how to reduce debt, build wealth and achieve financial goals.

The company’s Financial Behaviors Index is based on a monthly survey of 530 U.S. consumers 25 to 70 years old with annual household incomes of at least $50,000.

Spiker said of immediate concern on the minds of military families is whether a budget or continuing resolution will be put in place by Congress by Sept. 30 in time for mid-October paychecks.

“It’s an irritation to a major pain depending on how long that gets strung out,” he said Thursday.

If cutbacks in promotions or reductions in force take hold, then military personnel will start to wonder whether Congress will tinker with their retirement benefits, or cut short their 20-year career goals.

“It makes them say, ‘Do I want to stay in and make this a career?’ So there is a compounding effect, and it’s more severe than the drawdown in the Vietnam War because the employment market for returning vets is abysmal,” he said.

“Unfortunately, sequestration has brought the problems of our society squarely on the military and our federal employees,” Spiker said. “What we have to do is make sure we are sustaining the career viability of the military. We need lifers to fight our wars.”

Nellis and Creech public affairs staffs have deferred questions about specific sequestration impacts to the Office of the Secretary of the Air Force.

Capt. Erika Yepsen, an Air Force spokeswoman at the Pentagon, said, “It’s a little too soon to tell” how the Air Force budget will unfold in fiscal year 2014, especially if defense programs are expected to shoulder half the burden of sequestration, or about $50 billion in automatic cuts that could take effect in January.

That translates to roughly 9 percent in cuts to planned defense spending, according to a White House report.

“Depending on a year, or a goal, it can involve anything from early retirement to force-shaping. It’s too early to say what’s going to happen,” Yepsen said last week. “What we want right now is budgetary certainty so we can plan.”

Maj. Gen. Jim Martin, the Air Force budget chief, has weighed in, saying he hopes for full support of the president’s budget.

“If something less comes in, we’re in a position to where we’ll make the necessary tradeoffs to limit the impact to readiness and people,” Martin said.

The Air Force still is smarting from the sting of this year’s automatic budget cuts that caused furloughs for civilian workers and historic reductions in flight hours that canceled July’s Red Flag air combat exercise and the next graduate-level Weapons School for pilots.

The unprecedented move in the Air Force’s 66-year history to resort to a “tiered readiness” strategy, also stopped the Thunderbirds midstream in its schedule, prompting cancelation of November’s Aviation Nation air show at Nellis and putting a $19 million dent in the local tourism industry.

“I think at the very least we’ve got to be able to give the agency heads the flexibility to make deliberate cuts and not across-the-board cuts. We gave that authority to (the Department of Defense), and that’s how they were able to move some money around the rest of the fiscal year.”

That move helped lessen the furlough burden that civilian defense workers had to shoulder. It demonstrated, in Heck’s view, that the government should be run more like a business.

“The CEO of a business needs to have the flexibility to shift money around to be able to keep their priorities funded. I think at the very least that’s what we need to do.”

Heck said he would “like to see sequestration go away.”

If it doesn’t, not only will local Air Force operations be affected, but the Army and the Marines will see force reductions as the Pentagon tries to absorb $487 billion worth of cuts during sequestration’s 10-year span.