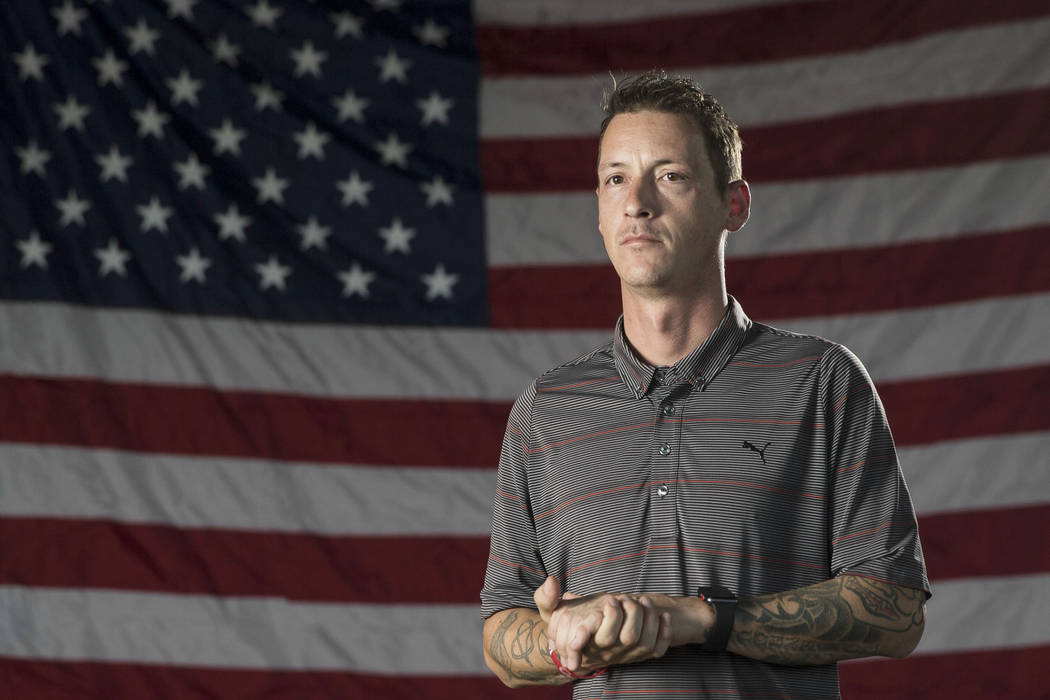 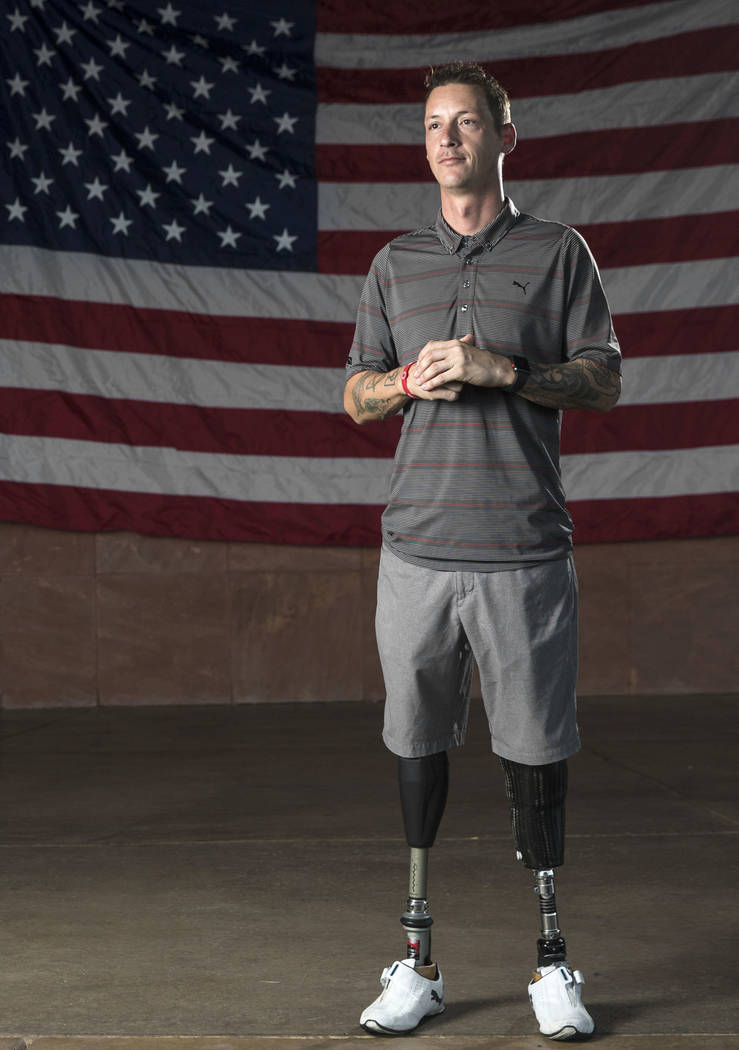 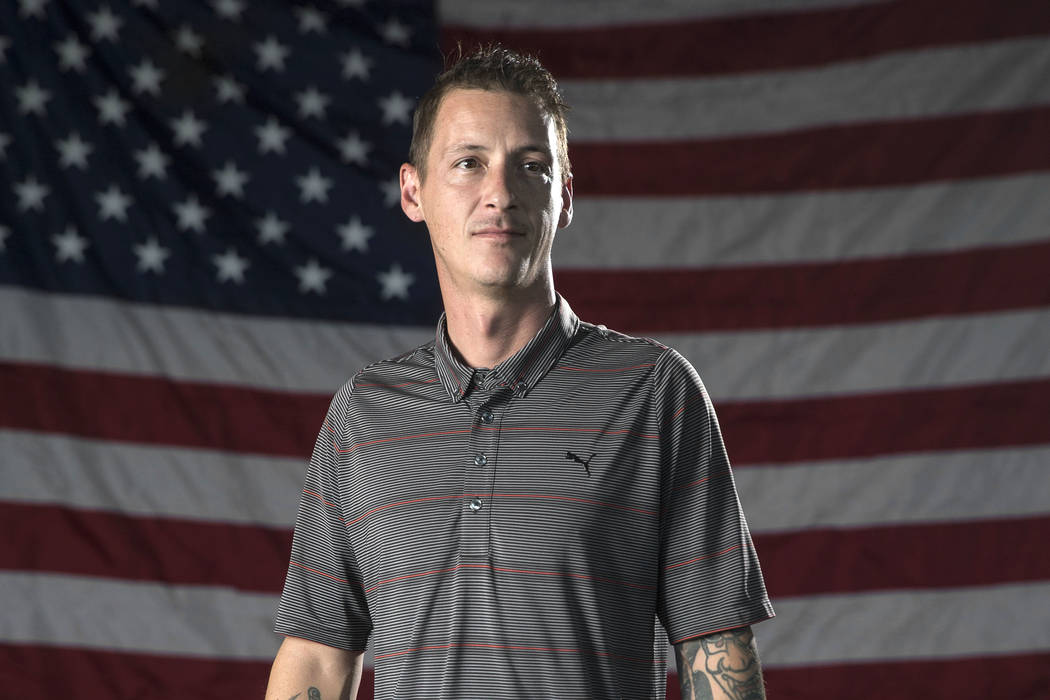 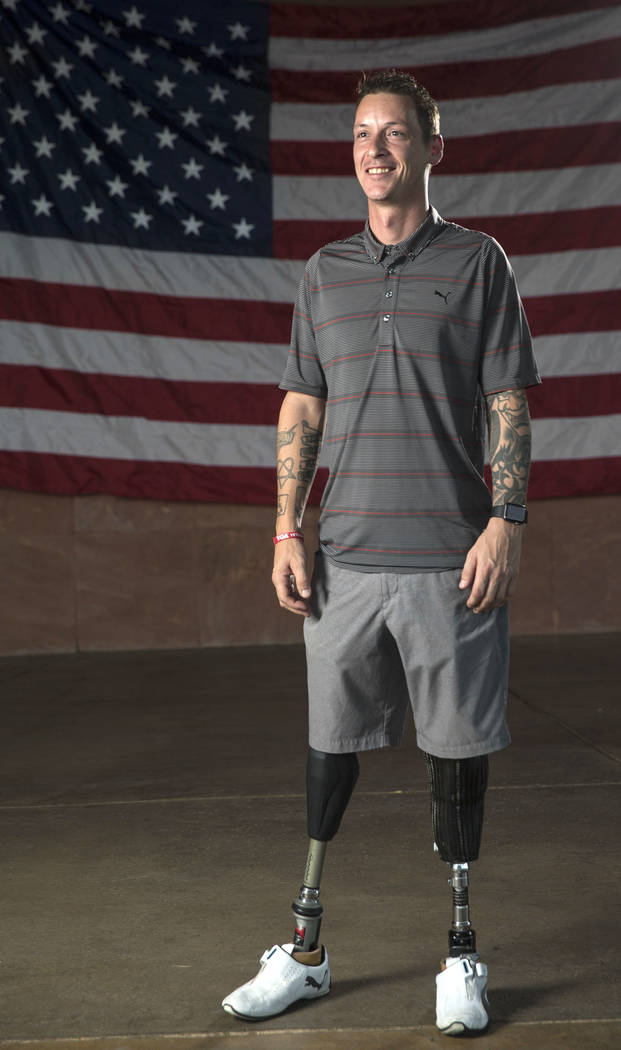 Army Sgt. Adam Poppenhouse and his team were on a 2006 mission in Iraq to find a downed fighter pilot when a large explosive device took his right leg just days before his 21st birthday.

He said he stayed awake through it all: the screaming, being pulled out of the tanker just before it caught fire, the 500 pounds of explosives that left a 30-meter crater in its wake.

The next thing the soldier knew, he woke up at the Walter Reed Army Medical Center in Washington.

“It’s unfathomable. It’s like you’re pulled from one existence and strapped into another,” Poppenhouse said Thursday.

The 33-year-old Las Vegas veteran, who served in the Army after he graduated from high school in 2004, will be honored from noon to 9 p.m. Saturday at the Henderson Events Plaza amphitheater.

The event is sponsored by the city of Henderson and One Hero at a Time, a local volunteer group that seeks to raise funds and honor veterans who have been critically injured.

“I’m blown away,” Poppenhouse said of the honor.

Twice a year, the group selects a veteran to honor — one from Las Vegas and one from Mesquite.

Proceeds from Saturday’s event, which includes a $20-per-person entry donation, raffles, food and beverages, will go to Poppenhouse and his family.

“We want to let them know that this nation appreciates their sacrifice,” said Rick Hillis, 49, who founded the group.

Hillis, a former Army sergeant, retired after an injury during Operation Desert Storm that left him with burns on 40 percent of his body. He said he hopes to use the event to educate others.

“It’s important that our younger generation understands what freedom is,” Hillis said. “We encourage people to come to the event, look Adam in the eye, shake his hand and tell him, ‘Welcome home.’ ”

Walking on prosthetic limbs took years to master — a grueling process physically and mentally, he said. But after persevering, he is now able to play semi-professional golf, jump in the pool with his son and play hockey.

“It’s one of those things where you’ve got to see the good in it,” he said.

He and his wife, Megan, have a 2-year-old boy named after his father, and they are expecting another baby any day.

“I’m very proud of my military service. I definitely wouldn’t change my experience,” Poppenhouse said. “It takes a special person to make that decision to go abroad and to defend our country, and the sacrifice that everyone makes.”