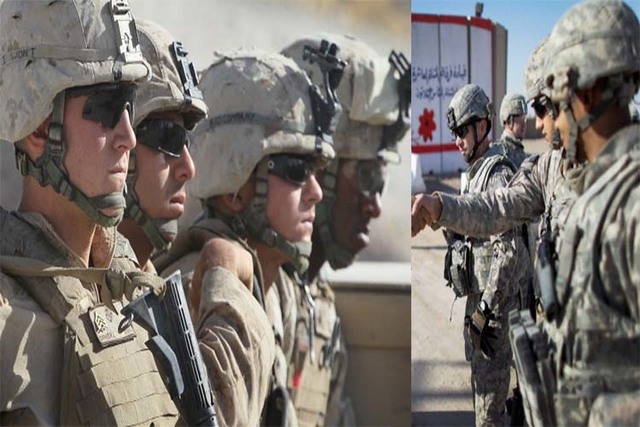 BILLINGS, Mont. — A Montana man who is charged in the throat-slashing death of another man told police they were arguing over which branch of the United States military was better, the Army or the Marines, Yellowstone County prosecutors said.

William Earl Cunningham, 63, of Laurel, made an initial appearance on a deliberate homicide in Justice Court. Justice of the Peace David Carter set his bail at $500,000 during Tuesday’s hearing.

Cunningham did not enter a plea in the death of Nathan Horn, 40, of Billings. He will be assigned a public defender.

Charging documents say Cunningham told police that he and Horn were arguing Saturday night when Horn jumped up and took a swing at him.

Cunningham told the officer he pushed Horn back and said, “Then I cut him . I did what the Army taught me to do.”

When officers arrived, Cunningham was leaning against a car and Horn was lying on the grass next to Cunningham’s feet. Horn had a cut on his right cheek and a deep cut on the left side of his neck.

Horn appeared to be gasping for breath as an officer applied pressure to the neck wound, court records said.

“I cut him. He’s dead,” Cunningham told police, according to charging documents. “The knife’s on the table.”

Horn was pronounced dead less than an hour later.

After Cunningham was read his rights, he told officers he and Horn were sitting at the picnic table when they began arguing about whether the Army or Marines was the best branch of the military, court records said.

Laurel Police Sgt. Mark Guy said Monday that the men had argued the night before about the same issue. It wasn’t clear if Horn had served in the military.

Lena Heller told KULR-TV that she had invited the two men over on Saturday night and they had been drinking when they started arguing.

“I think it’s horrible that somebody would just kill somebody for no reason, just because of an argument,” Heller said. “I know it was the alcohol.”

Cunningham’s blood-alcohol level was 0.217 percent, above the 0.08 limit at which a person is considered legally intoxicated, court records said.