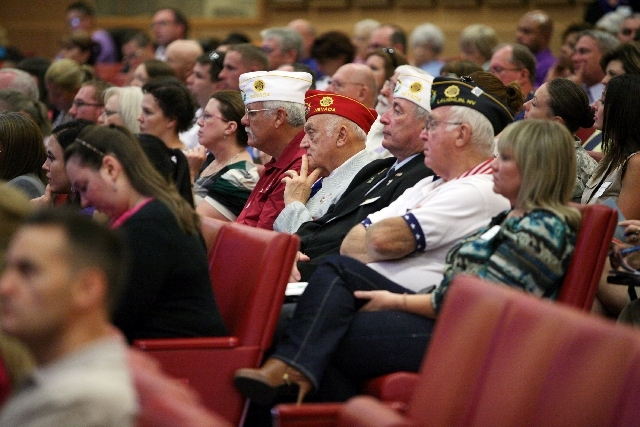 People listen to speakers during the Green Zone Network summit at City Hall Wednesday in Las Vegas. Nearly 300 veteran group representatives, community leaders and business representatives for around Nevada and neighboring states registered for the launch of the networking portal. 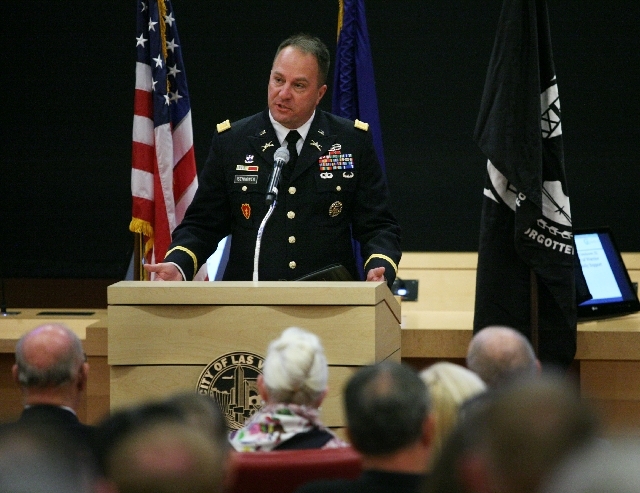 Col. Jim Eisenhower speaks to a group of attendees during the Green Zone Network summit at City Hall Wednesday in Las Vegas. Nearly 300 veteran group representatives, community leaders and business representatives for around Nevada and neighboring states registered for the launch of the networking portal. 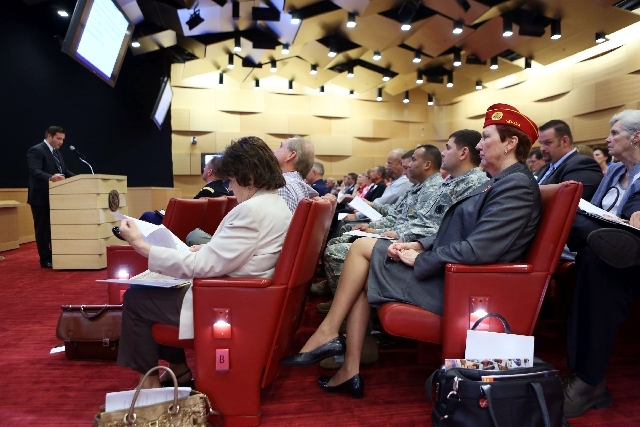 Caleb Cage, left, executive director of Nevada office of Veterans Services, speaks to a group of attendees during the Green Zone Network summit at City Hall Wednesda in Las Vegas. 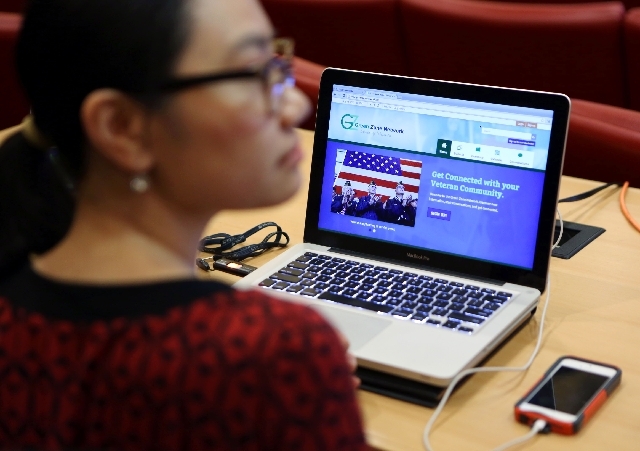 Green Zone Network, a website targeting nevadans to get connected with their veteran community, is viewed on a computer next to Charity Tran during the Green Zone Network summit at City Hall Wednesday. 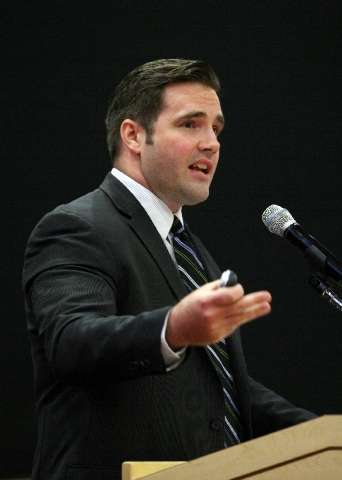 Caleb Cage, executive director of Nevada office of Veterans Services, speaks to a group of attendees during the Green Zone Network summit at City Hall Wednesday.

During the Iraq War, the Green Zone in Baghdad was designed as a safe place for soldiers to be inside the wire.

On Wednesday, its namesake website got off the ground with a promise to carry on the safe-haven tradition for Nevada’s 300,000 veterans by providing a cyberspace place for them to find jobs by connecting with employers and tap education and health care benefits.

The debut of the one-stop-shop website was held at Las Vegas City Hall before a few hundred veteran group representatives, community leaders and business representatives from around Nevada and neighboring states who registered to see the launch of the networking portal. It allows the public and private sectors to connect directly with the veteran community.

“We just think that Nevada is a great place for veterans and we want to do a better job of coordinating and collaborating for all the services, benefits and opportunities that are available,” said Caleb Cage, executive director of the Nevada Office of Veterans Services.

Cage, a 2002 graduate of the U.S. Military Academy at West Point, N.Y., served two tours in the Iraq War. He’s been the driving force behind the Green Zone initiative and will leave his three-year stint as Nevada veterans services director with the website online before he starts a new position in the governor’s office, director of military and veterans policy. Among his duties will be to carry the Green Zone initiative forward.

The website, www.greenzonenetwork.org, was 1½ years in planning and production. Its $250,000 price tag was appropriated from the sale of Nevada veterans license plates.

“We believe that in the areas of wellness, education and employment that this will provide the one-stop location for any veteran seeking a service and also for any service provider who is wishing to serve the veteran,” Cage said.

Among the solutions is “the idea of the PTSD dog,” Burks said, mentioning one Labrador-retriever mix named Jack who has demonstrated he can provide companionship and a comfort zone for Nevada soldiers winding through PTSD’s mental maze.

“The Green Zone initiative is the right thing to do at the right time,” he said, noting the website will also be an outlet for tapping mental health services.

“We have a huge epidemic with suicides in the military,” Burks noted, adding that there were two Nevada military suicides last year.

It’s important for service members “to have a skill set to talk somebody off the ledge.”

Ryan Woodward, of JPMorgan Chase & Co., an employer who is reaching out to hire veterans, said he had “no idea what level that was” for suicides and homelessness among veterans.

“That’s why the Green Zone will help with the education. We want to hire military veterans. … And we just don’t want to hire them, we want to train them,” Woodward said.