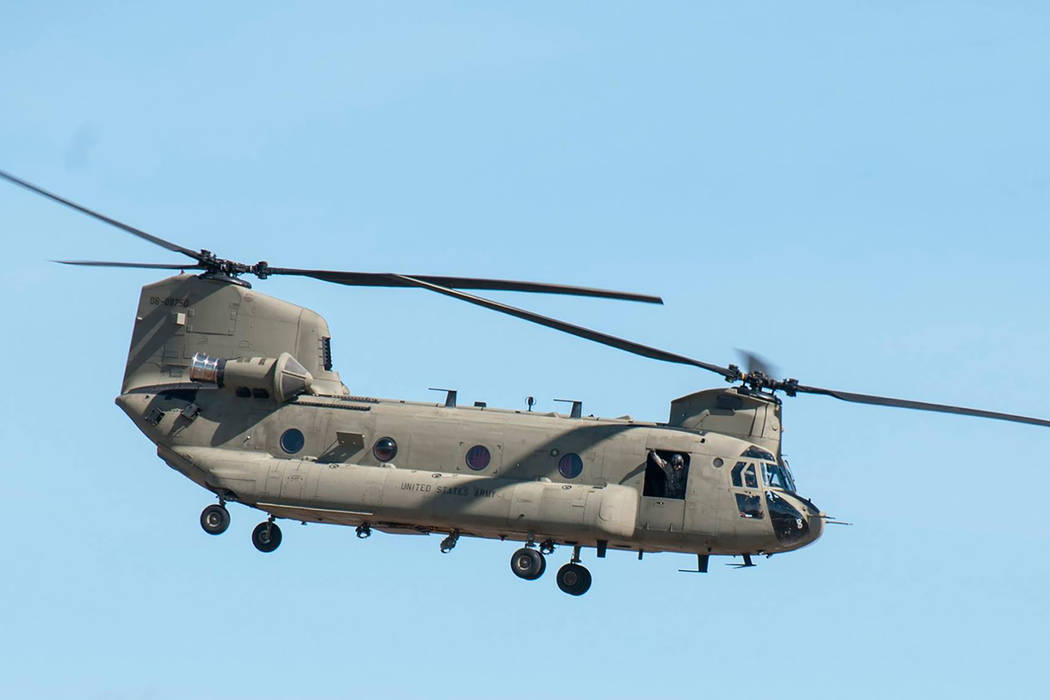 The Nevada Guard is sending a Nevada Army Guard CH-47 Chinook and crew to Texas to do search and rescue operations in the flooded Houston area. (Nevada Army National Guard)

The helicopter crew will assist the Texas National Guard with search-and-rescue missions in the Houston area. The helicopter can carry 36 people and more than 25 tons.

Sgt. Zandra Duran said the eight-member crew left from the Army Aviation Support Facility in Stead, north of Reno, at about 8:20 a.m. The crew is expected to return in five to seven days, with two days of travel time each way.

This mission is the first request the Nevada Army Guard has received related to Hurricane Harvey, officials said, but the Nevada Guard has gotten help from other states this year, said Sgt. 1st Class Erick Studenicka.

“We just concluded the flood response up at Lemon Valley in northern Nevada, and several fires this year,” he said.

In 2005, the Nevada Guard sent some of the first out-of-state Army and Air units to the New Orleans area after Hurricane Katrina hit the Gulf Coast.

The Nevada Air National Guard will send a five-person crew on C-130 from Reno to Texas on Thursday. The crew will help with airlift operations for at least four days, officials said.

A C-130 can deliver 42,000 pounds of cargo and can land in remote locations on unpaved landing strips.