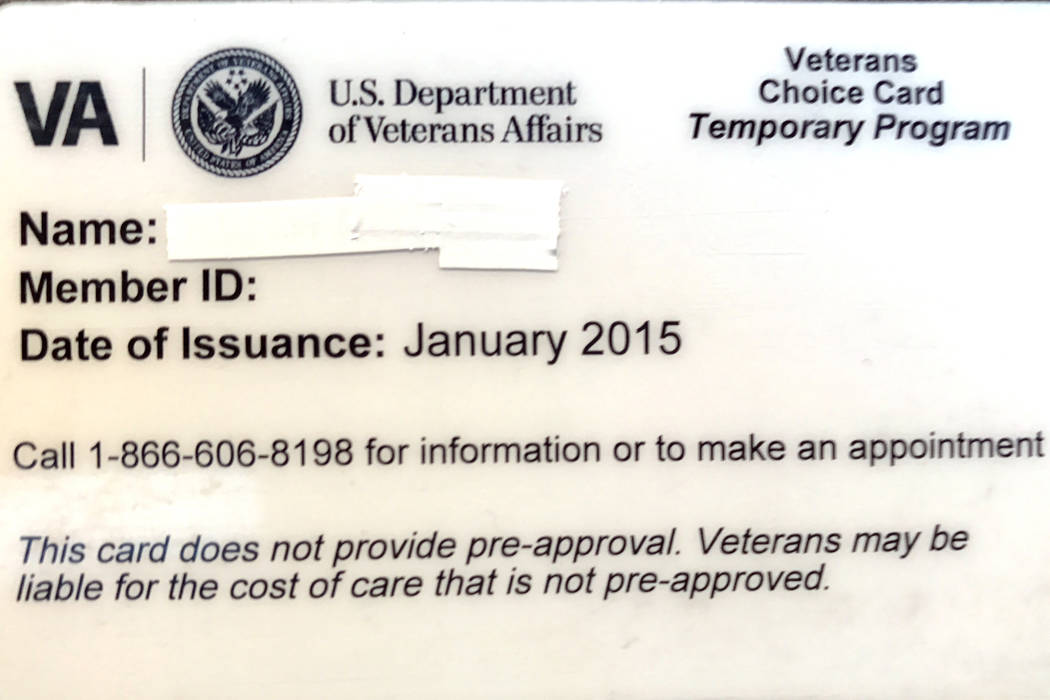 Veterans can use choice cards like this one for health care at the private William Bee Ririe clinic in Ely if VA Salt Lake City Health Care System doesn't renew its contract with the clinic. (Keith Rogers/Las Vegas Review-Journal)

VA officials say the possible expiration of a contract with a medical clinic in Ely would not cause a hardship for veterans there, but two members of Nevada’s congressional delegation want to be sure.

U.S. Sen. Dean Heller, R-Nev., and Rep. Ruben Kihuen, D-Nev., both expressed concerns last week that the possible decision by the Veterans Affairs Salt Lake City Health Care System not to renew the contract with the William Bee Ririe Hospital and Rural Health Clinic in Ely could adversely impact the 230 veterans who receive care there.

Kihuen sent a letter Feb. 27 to VA Secretary David Shulkin saying he feared such a decision “would be burdensome for many veterans in Northern Nevada and could force veterans to travel hundreds of miles to get the health care services they rely on and deserve.”

Heller sent a similar letter and a list of questions Feb. 28 to Shella Stovall, acting director of the VA Salt Lake system, which oversees veteran care in a swath of northeastern Nevada.

“I want to ensure that veterans in Ely receive the same high-quality care in a timely manner and without difficulty,” wrote Heller, a member of the Senate Veterans Affairs Committee.

But Stovall told the Las Vegas Review-Journal that she doesn’t expect any disruption if the contract is allowed to lapse, because veterans in the Ely area will still be able to receive care at the clinic or from other local providers by using their VA “choice cards.”

“We’re not abandoning the veterans. We don’t see any interruption in quality care or safe care,” she said.

The temporary Choice Program that the VA set up in 2015 gives veterans the option of accessing private providers if they face a wait of more than 30 days for an appointment or specified “excessive travel burdens.”

The program is scheduled to expire in August, but Stovall said the VA intends to replace it with a program that will improve on the current one.

She said that she was crafting letters to respond to the concerns raised by Heller and Kihuen, and that a town hall meeting to address Ely veterans’ questions and concerns is tentatively scheduled for 4 to 6 p.m. April 3 at the Ely Convention Center. 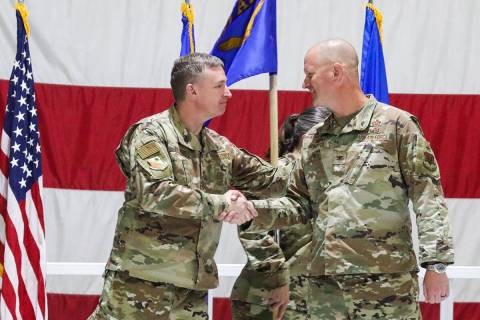