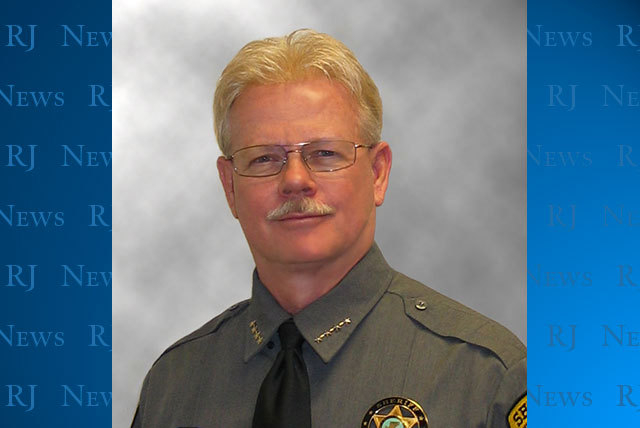 “I’m announcing that I’m retiring from the office of Sheriff,” Sheahan, 64, announced Wednesday. “I had looked at running for another term in another couple of years, but due to some illnesses and some health issues within our family, I’ve decided to kind of accelerate this and retire on the first of August.”

Sheahan’s law enforcement career spans 42 years, 33 of those with the Mohave County Sheriff’s Office and 17 years as sheriff. He is the longest serving sheriff in county history.

Sheahan said he is proud of his service to the citizens of Mohave County and his accomplishments as sheriff. The department was rife with political turmoil and divisiveness election after election prior to his administration.

“I wanted to have continuity and stability, something that hadn’t happened when I first came here in the early ’80s,” Sheahan said. “When you have a sheriff every four years, nothing much was accomplished. I learned and worked under five different sheriffs in my career before I became sheriff and I learned what to do and what not to do.”

Board of Supervisors Chairman Hildy Angius praised Sheahan and said he will be missed. Supervisor Buster Johnson, whose tenure of elected service closely parallels Sheahan’s time as sheriff, said Sheahan was gifted with an ability to find ways to maintain service in the face of periodic budget cuts.

Sheahan is recommending that supervisors appoint Chief Deputy Jim McCabe to serve out his term through 2016. McCabe said he tried to talk Sheahan out of retirement, but that he would be honored to serve county residents if appointed to the post.