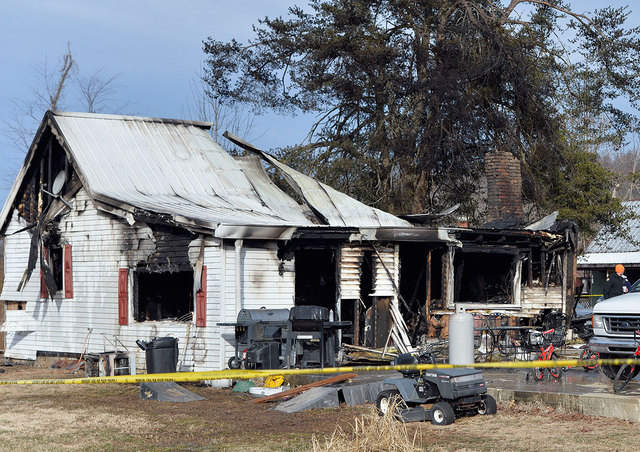 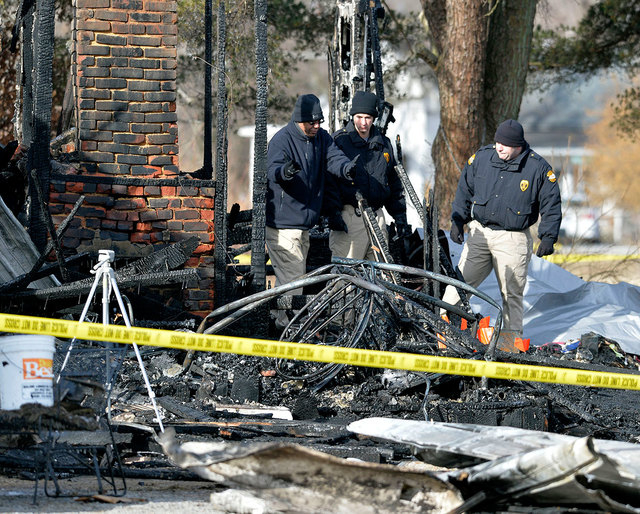 Kentucky State Fire investigators work at the scene of early morning house near Greenville, Ky., on Thursday. Nine people were killed in the fire in rural western Kentucky. Two people were taken to a hospital for treatment, officials said. (AP Photo/Timothy D. Easley) 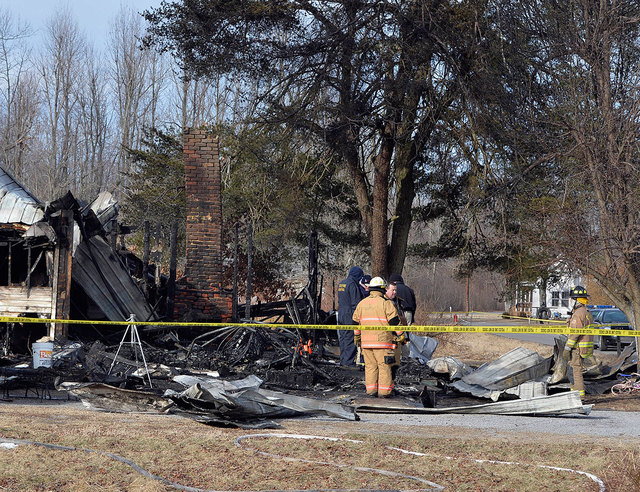 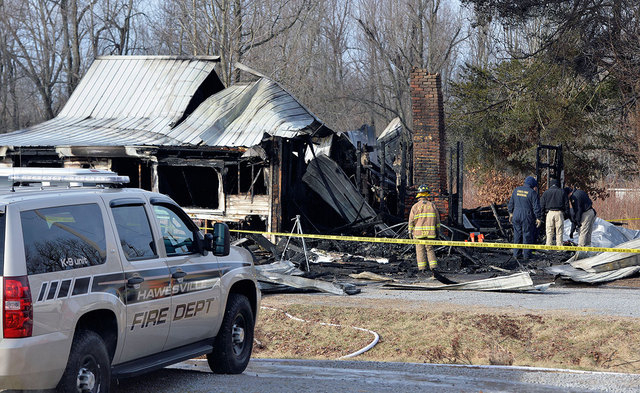 Members of the Kentucky State Fire Marshall's office look over the remains of a house fire near Greenville, Ky., Thursday. Nine people were killed in the fire in rural western Kentucky and two people were taken to a hospital for treatment, officials said. (AP Photo/Timothy D. Easley) 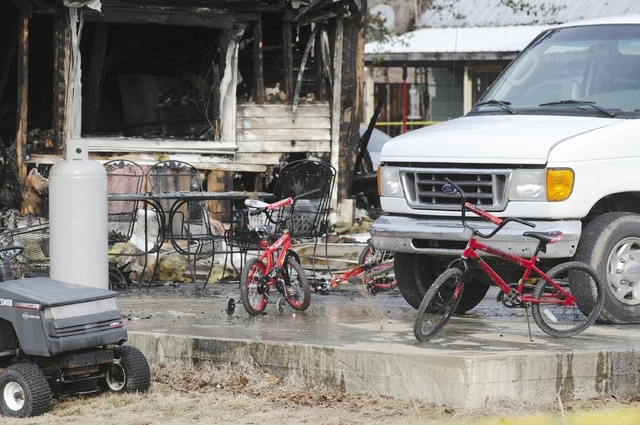 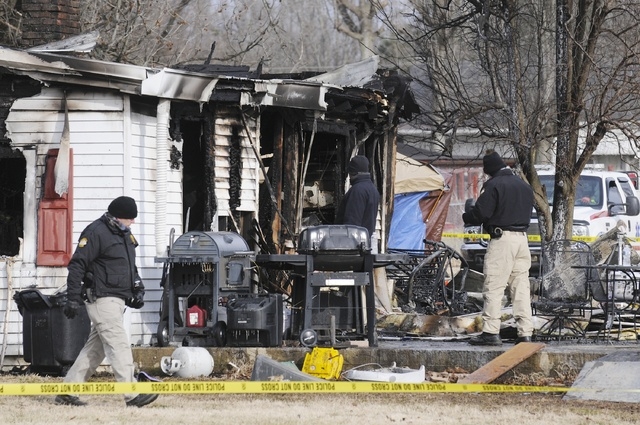 Kentucky State Police fire investigators at the scene of an early morning blaze Thursday at a home near Greenville, Ky. A mother and eight of her children were killed. (AP Photo/The Gleaner, Mike Lawrence)

GREENVILLE, Ky. — Eight children and their mother were killed in an early morning house fire in western Kentucky on Thursday, with only the injured father and an 11-year-old girl escaping, Kentucky State Police said.

Trooper Stu Recke said eight of the people were found in a master bedroom while the ninth person was found between 10 and 15 feet away. Recke said the fire started accidentally with combustible material against an electric heater in a bedroom.

Recke said the fact that all the victims were near each other could be an indication that they were trying to escape through a window, but investigators aren’t sure.

Autopsies on the remains were started Thursday afternoon.

The fire broke out in the single-family house just west of Greenville, which is about 130 miles southwest of Louisville in the state’s western coal fields. Greenville had a population of just more than 4,000 people in 2010, census figures show.

Recke said Chad Watson told first responders his wife and other children were still inside, but the rescuers couldn’t get into the house.

A family member, Ricky Keith, who lives about a mile up a hill from the home, said the couple struggled financially with Chad Watson working construction and handling a paper route while Nikki Watson stayed home with the children.

“I don’t know how they made it as long as they had. They’ve struggled as long as I’ve known them, but they loved one another, I know that and they loved them kids,” Keith said.

Recke described the region as “a rural area where everybody knows everybody.” The house is in a small neighborhood of single-family dwellings, trailers and farmland.

The side and roof of the small, white-wood frame house with three bedrooms and an enclosed porch collapsed around the chimney. In front of the house, a white van stood on a concrete parking pad. At least five kids’ bikes and a child’s riding toy were strewn about the yard near a swing set.

Keith said the home was “wore out” and the children played constantly in the yard.

“They kept them in the yard and didn’t let them out of their sight,” Keith said.

Several first responders lived near the home and reported that the house was fully engulfed when they arrived, within minutes of getting the call, Recke said.

The Kentucky State Fire Marshal also had an investigator on the scene. Recke said it is too early to tell what caused the blaze but noted that temperatures in the area were in the teens and single-digits overnight.

Muhlenberg County School Superintendent Randy McCarty sent a note to staff members at schools about the fire and said grief counselors were being made available to teachers and students.

“This loss has affected staff and students alike,” McCarty said in the note. “We want all to know that we are here for them and their needs at this time of loss.”

This is Kentucky’s third fire in a little more than a year that has killed five or more people. Last January, four children under 6 and their father were killed in a blaze near Pikeville in eastern Kentucky that also severely burned their mother. Authorities said the home lacked a smoke detector.

In March, a fire at a home in the southern Kentucky community of Gray killed a young couple and five children, the oldest of whom was 3.

The area of the latest fire was featured in the 1971 John Prine song “Paradise,” about the impact of coal mining and what happens to the area around the Green River once the mining ends. The song references Peabody Energy Corporation and a now-defunct town called Paradise.