BEIRUT — Residents of Beirut confronted a scene of utter devastation on Wednesday, a day after a massive explosion at the port rippled across the Lebanese capital, killing at least 100 people, wounding thousands and leaving entire city blocks flooded with glass and rubble.

Smoke was still rising from the port, where a towering building of silos was half destroyed, spilling out mounds of grain. Hangars around it were completely toppled. Much of the downtown area was littered with damaged vehicles and debris that had rained down from the shattered facades of buildings.

An official with the Lebanese Red Cross said at least 100 people were killed and more than 4,000 were wounded. George Kettaneh said the toll could rise further.

Fireworks and ammonium nitrate appear to have been the fuel that ignited a massive explosion that rocked the Lebanese capital of Beirut, experts and videos of the blast suggest.

The scale of the damage — from the epicenter of the explosion at the port of Beirut to the windows blown out kilometers (miles) away — resembles other blasts involving the chemical compound commonly used as an agricultural fertilizer.

But the compound itself typically doesn’t detonate on its own and requires another ignition source. That likely came from a fire that engulfed what initially appeared to be fireworks that were stored at the port.

Online videos of the disaster’s initial moments show sparks and lights inside the smoke rising from the blaze, just prior to the massive blast. That likely indicates that fireworks were involved, said Boaz Hayoun, owner of the Tamar Group, an Israeli firm that works closely with the Israeli government on safety and certification issues involving explosives.

“Before the big explosion, you can see in the center of the fire, you can see sparks, you can hear sounds like popcorn and you can hear whistles,” Hayoun told The Associated Press. “This is very specific behavior of fireworks, the visuals, the sounds and the transformation from a slow burn to a massive explosion.”

Jeffrey Lewis, a missile expert at the Middlebury Institute of International Studies in Monterey, California, offered a similar assessment.

“It looks like an accident,” Lewis told the AP. “First, there was a fire preceding the explosion, which is not an attack. And some of the videos show munitions what I could call popcorning, exploding like ’pop, pop, pop, pop.’”

“If you have a fire raging next to something explosive, and you don’t put it out, it blows up,” he said.

Investigators began searching the wreckage of Beirut’s port Wednesday for clues to the cause of the massive explosion that ripped across the Lebanese capital as the government ordered port officials put under house arrest.

International aid flights began to arrive, as Lebanon’s leaders struggled to deal with the aftermath of Tuesday’s blast, crippled by an economic crisis and facing a public where many already blame chronic mismanagement and corruption among the ruling elite for the disaster.

The explosion at the port killed at least 100 people and wounded thousands. Hospitals were overwhelmed — one that was damaged in the blast had to evacuate all its patients to a nearby field for treatment. Buildings were damaged for miles around the city, and Beirut’s governor said Wednesday that hundreds of thousands might not be able to return to their homes for two or three months.

Meanwhile, an official letter surfaced online showing that the head of the customs department had warned repeatedly over the years that a huge stockpile of ammonium nitrate stored in a hangar in the port was a danger and asked for a way to remove it.

Ammonium nitrate is a component of fertilizer that is potentially explosive. The 2,750-ton cargo had been stored at the port since it was confiscated from a ship in 2013, and on Tuesday it is believed to have detonated after a fire broke out nearby.

The resulting explosion — hitting with the force of a 3.5-magnitude earthquake — was the biggest ever seen in Beirut, a city blasted by a 1975-1990 civil war, bombarded in conflicts with Israel and hit by periodic terror attacks.

The 2017 letter from the custom’s chief to a judge could not be immediately confirmed. If authentic, it could deepen the belief already expressed by some Lebanese that widespread mismanagement, negligence and corruption among the country’s ruling class is to blame for the explosion.

President Michael Aoun vowed before a Cabinet meeting on Wednesday that the investigation would be transparent and that those responsible will be punished.

“There are no words to describe the catastrophe that hit Beirut last night,” he said.

After the meeting, the Cabinet ordered an unspecified number of Beirut port officials put under house arrest pending an investigation into how the ammonium nitrate came to be stored at the port for years. The government also declared a two-week state of emergency, effectively giving the military full powers during this time.

State prosecutor Ghassan Oueidat ordered security agencies to start an immediate investigation and collect all reports and letters related to the materials stored at the port as well as lists of people in charge of maintenance, storage and protection of the hangar.

In the letter, the customs chief warns of the “dangers if the materials remain where they are regarding the safety of (port) employees” and asked the judge for guidance on what to do with it. He said five similar letters were sent in 2014, 2015 and 2016. The letter proposes the material be exported or sold to a Lebanese explosives company. It is not known if there was ever a response.

Scores of people were missing, with relatives pleading on social media for help locating loved ones. An Instagram page called “Locating Victims Beirut” sprang up with photos of missing people, and radio presenters read the names of missing or wounded people throughout the night. Many residents moved in with friends or relatives after their apartments were damaged and treated their own injuries because hospitals were overwhelmed.

Lebanon was already on the brink of collapse amid a severe economic crisis that has ignited mass protests in recent months. Its health system is confronting a coronavirus surge, and there were concerns the virus could spread further as people flooded into hospitals.

No evidence of attack

There was no evidence the explosion was an attack. Instead, many Lebanese blamed it on decades of corruption and poor governance by the entrenched political class that has ruled the tiny Mediterranean country since the civil war.

Saint George University Hospital, one of the major private hospitals in Beirut which had been receiving COVID-19 patients, was out of commission Wednesday after suffering major damage. A physician who identified himself as Dr. Emile said 16 staff and patients, including four nurses, died in the blast. He declined to give his last name out of privacy concerns.

The blast also wounded a number of U.N. peacekeepers stationed in the area. Bangladesh said 21 members of its Navy were wounded, one critically. Italy, one of the top contributors to the UNIFIL mission, said one of its soldiers was wounded.

Security forces cordoned off the port area on Wednesday as a bulldozer entered to help clear away debris. A young man begged troops to allow him to enter and search for his father, who has been missing since the blast occurred. He was directed to a port official who wrote down his details.

In Beirut’s hard-hit Achrafieh district, civil defense workers and soldiers were working on locating missing people and clearing the rubble. At least one man was still pinned under stones from an old building that had collapsed. Volunteers hooked him up to an oxygen tank to help him breathe while others tried to free his leg.

The blast severely damaged numerous apartment buildings, potentially leaving large numbers of people homeless at a time when many Lebanese have lost their jobs and seen their savings evaporate because of a currency crisis. The explosion also raises concerns about how Lebanon will continue to import nearly all of its vital goods with its main port devastated.

Prime Minister Hassan Diab, in a short televised speech, appealed for international aid, saying: “We are witnessing a real catastrophe.” He reiterated his pledge that those responsible for the disaster will pay the price, without commenting on the cause.

There is also the issue of food security in Lebanon, a tiny country already hosting over 1 million Syrians displaced by that country’s nearly decade-long civil war.

Drone footage shot Wednesday by The Associated Press showed that the blast tore open a cluster of towering grain silos, dumping their contents into the debris and earth thrown up by the blast. Some 80% of Lebanon’s wheat supply is imported, according to the U.S. Agriculture Department.

Estimates suggest some 85% of the country’s grain was stored at the now-destroyed silos.

Lebanon’s state-run National News Agency quoted Raoul Nehme, the minister of economy and trade, as saying that all the wheat stored at the facility had been “contaminated” and couldn’t be used. But he insisted Lebanon had enough wheat for its immediate needs and would import more.

Several countries have pledged aid in the aftermath of the blast, with even Israel offering humanitarian assistance. The two countries have been in conflict for decades, and Israel fought a 2006 war with the Hezbollah militant group.

Lebanon’s economic crisis is rooted in decades of systemic corruption by political factions that exploit public institutions for the benefit of their supporters. Decades after the civil war, residents endure frequent power outages and poor public services.

Lebanese have held mass protests calling for sweeping political change since last autumn but few of their demands have been met as the economic situation has steadily worsened.

Beirut’s port and the customs authority are notoriously corrupt. Like nearly all public institutions, they are controlled by Lebanon’s political factions, including Hezbollah. 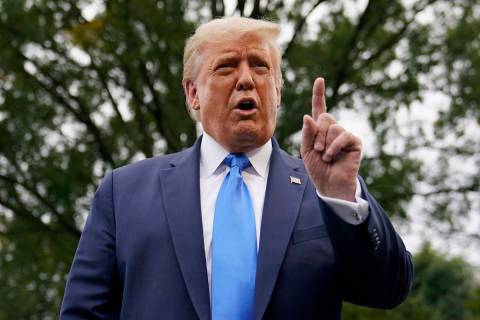 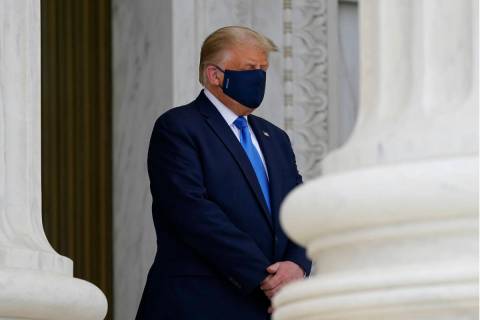