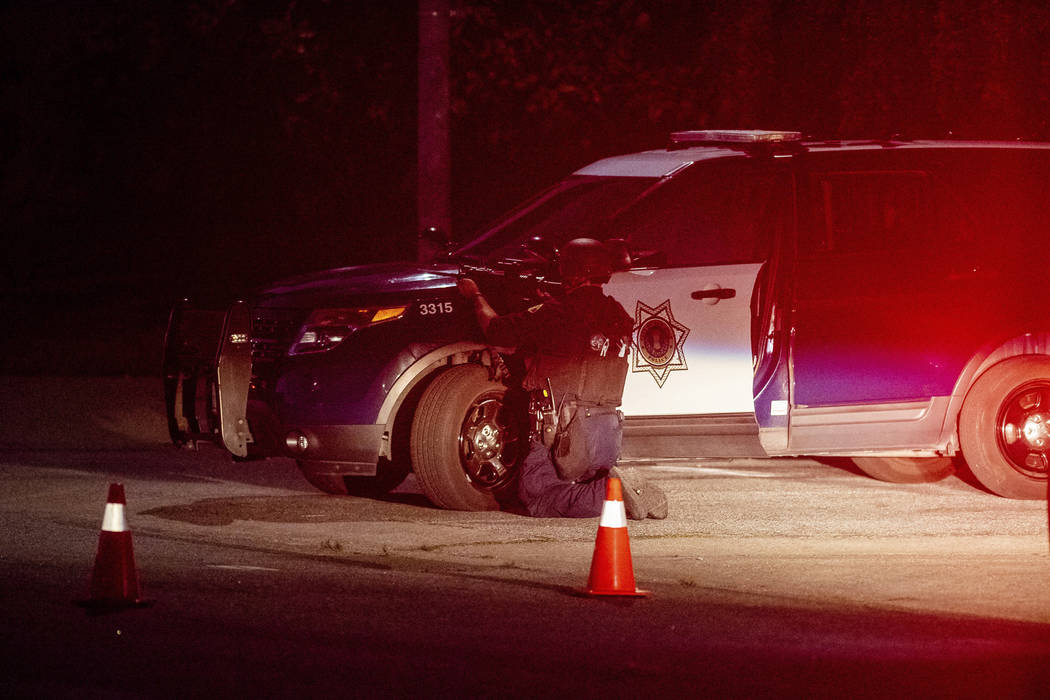 Police stay focused on a target after a deadly shooting at the Gilroy Garlic Festival in Gilroy, Calif., Sunday, July 28, 2019. (AP Photo/Noah Berger) 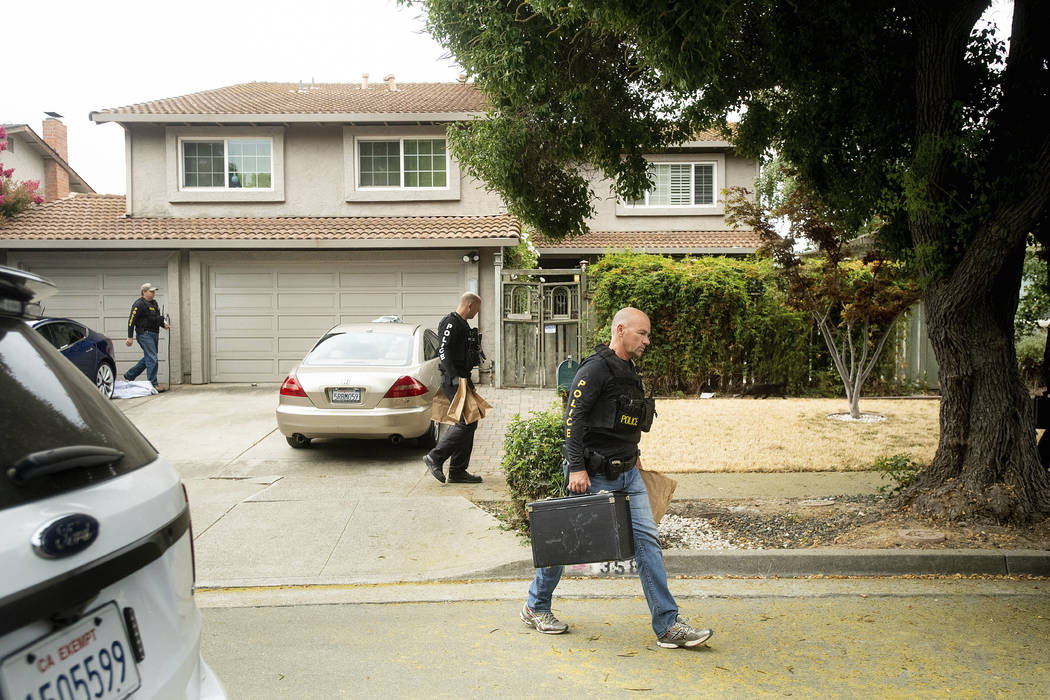 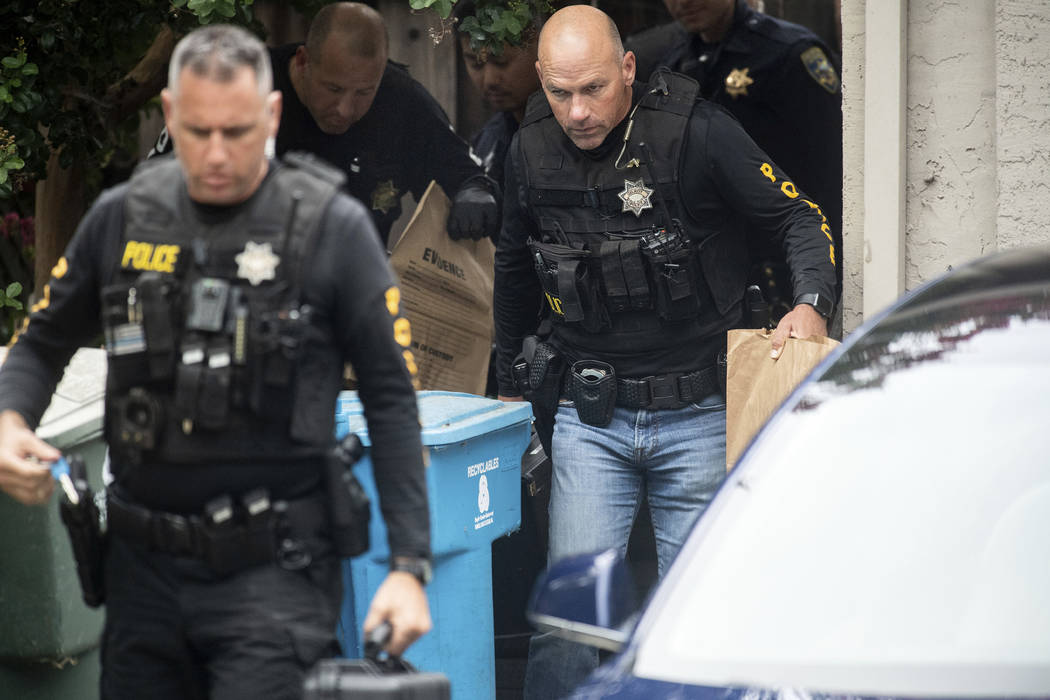 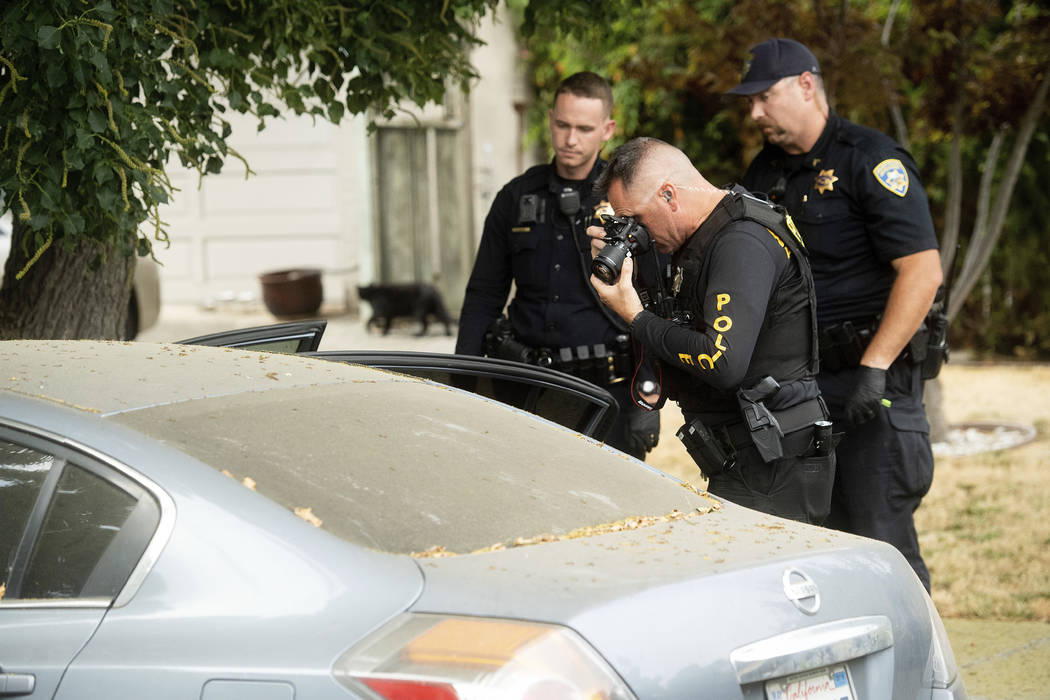 A police officer photographs a car outside the family home of Gilroy Garlic Festival gunman Santino William Legan on Monday, July, 29, 2019, in Gilroy, Calif. The Sunday evening shooting left at least three people, including a 6-year-old boy, dead and wounding about 15 others. (AP Photo/Noah Berger) 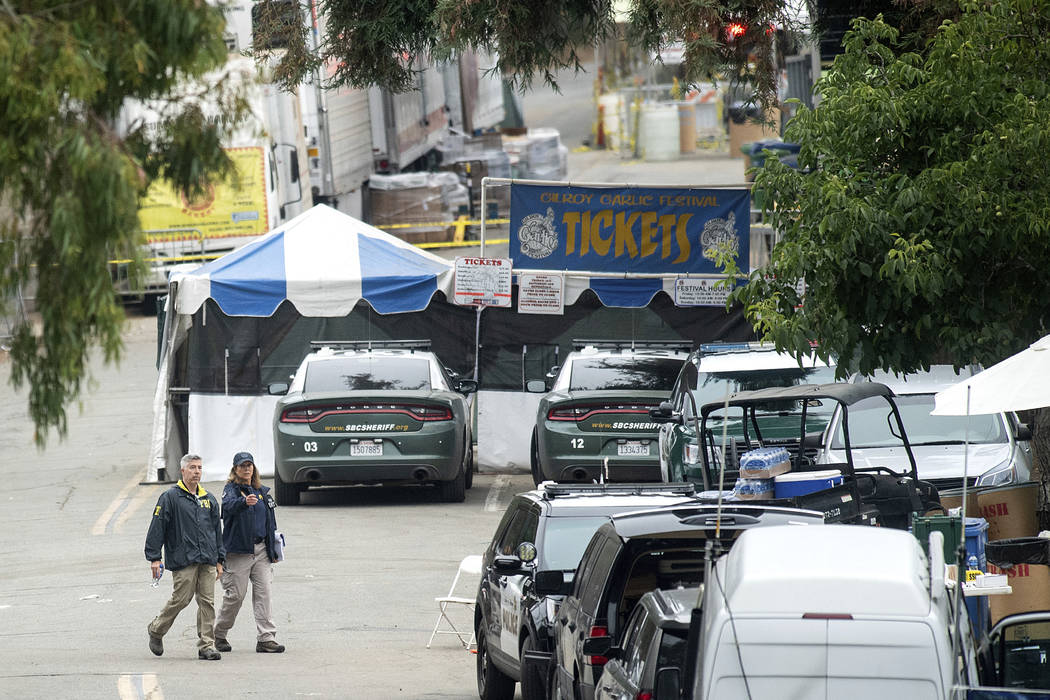 FBI personnel pass a ticket booth at the Gilroy Garlic Festival Monday, July 29, 2019 in Calif., the morning after a gunman killed at least three people, including a 6-year-old boy, and wounding about 15 others. A law enforcement official identified the gunman, who was shot and killed by police, as Santino William Legan. (AP Photo/Noah Berger) 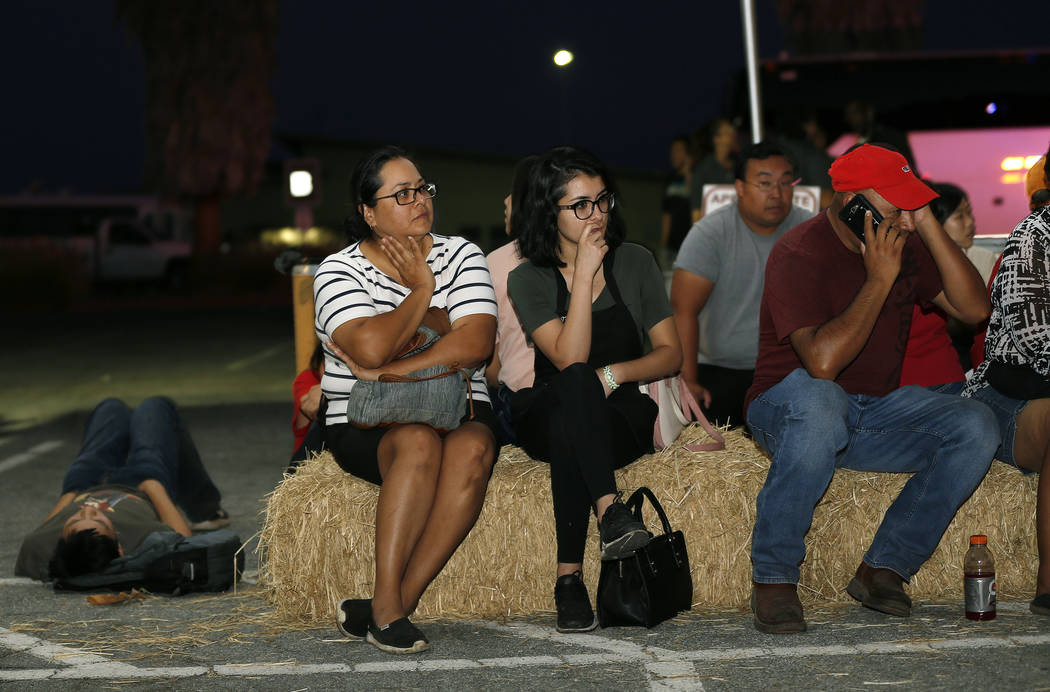 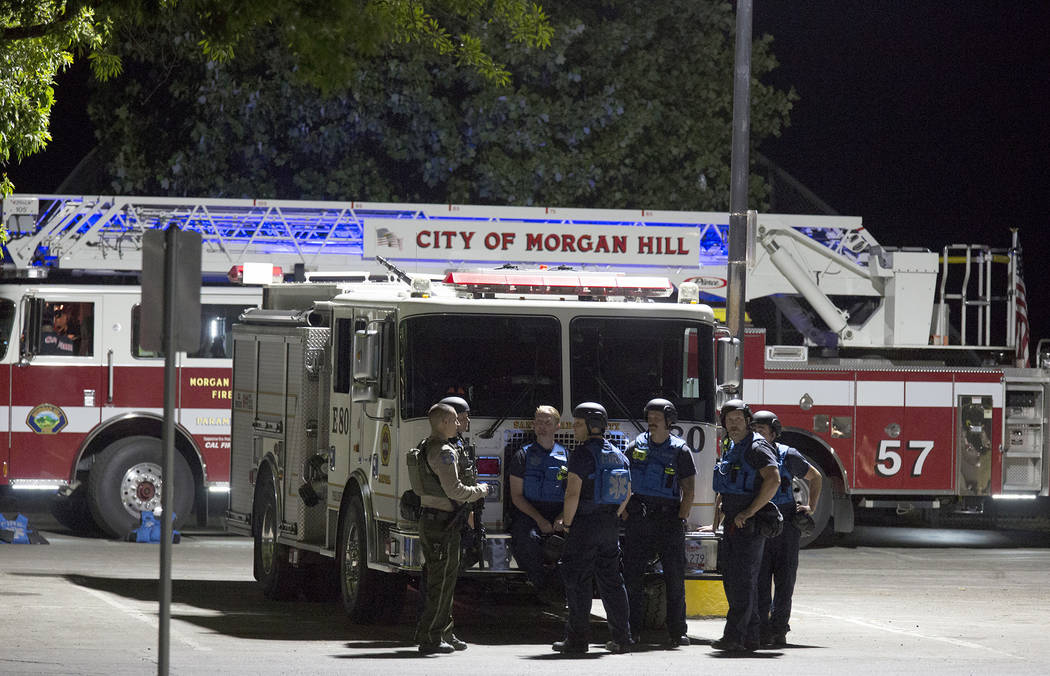 A police officer dressed in SWAT gear speaks with fire crews brought in from neighboring communities at the first aid center at Gilroy High School following a shooting at the Gilroy Garlic Festival in Gilroy, Calif., on Sunday July 28, 2019. (AP Photo/David Royal) 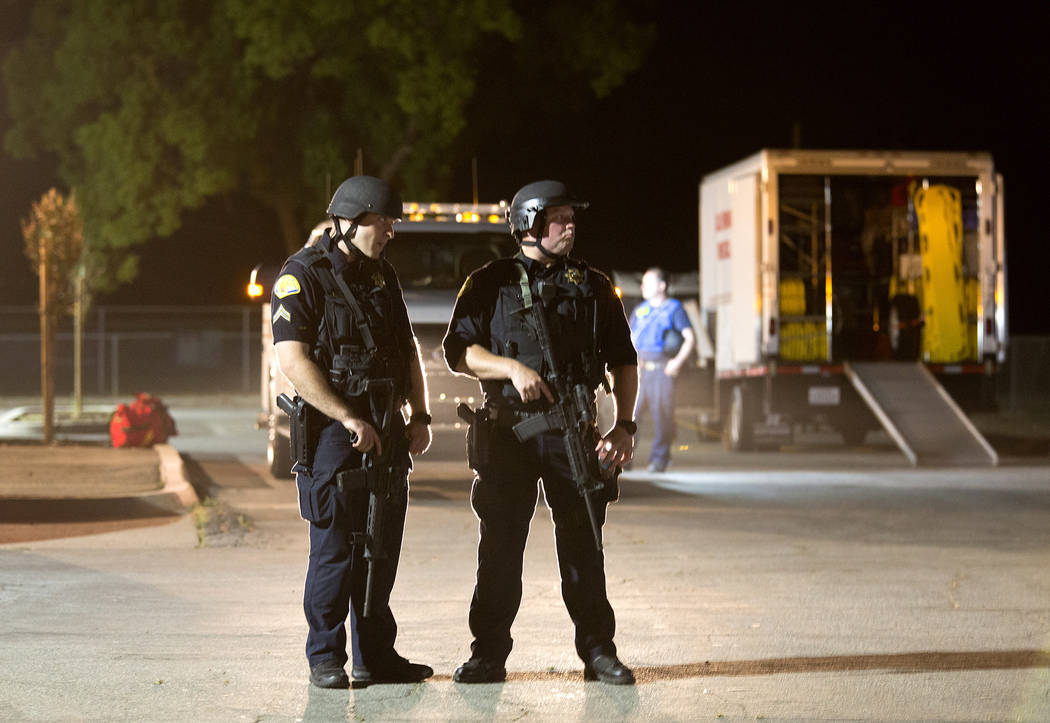 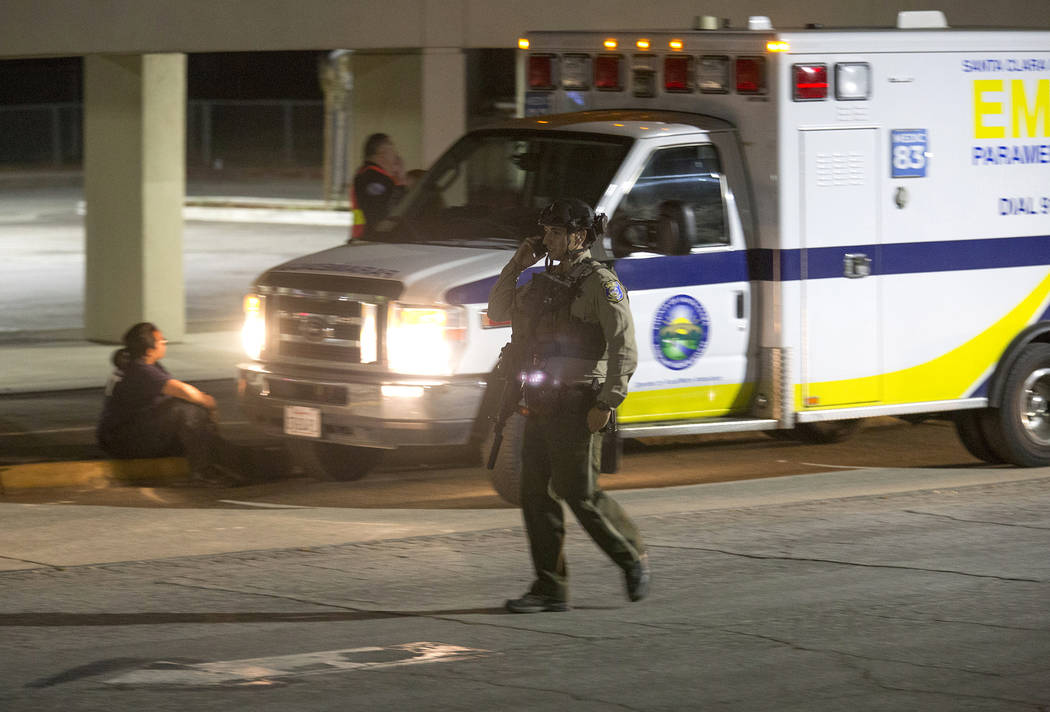 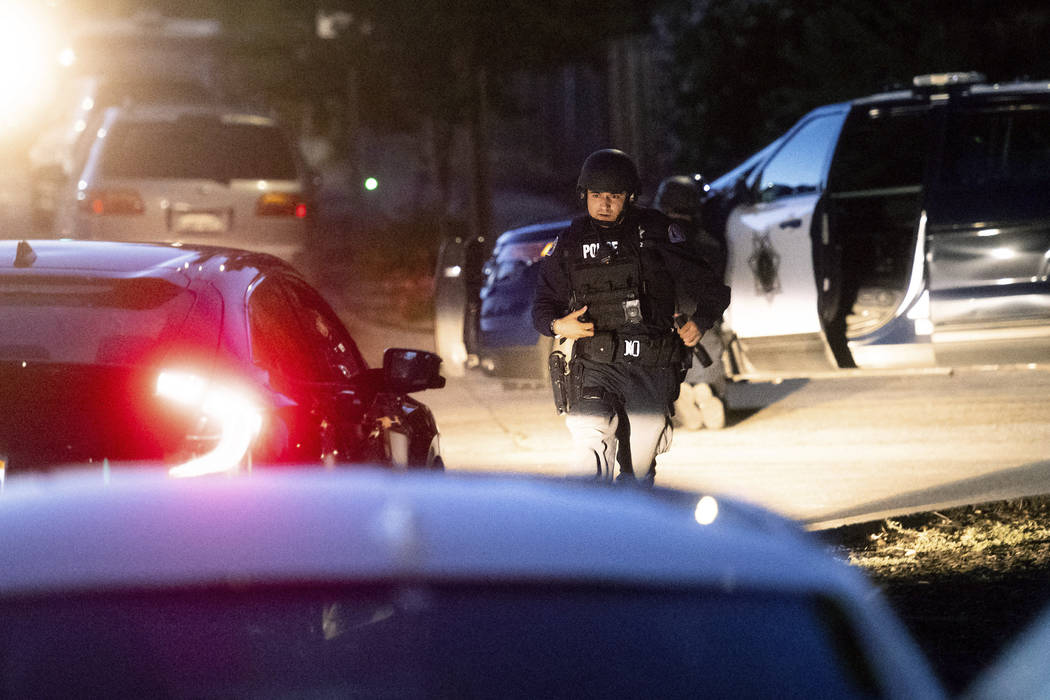 GILROY, Calif. — Authorities on Monday were searching for answers to why a 19-year-old opened fire on a popular food festival less than a mile from his parents’ home in California, killing two children and another man, but believe many more people would have died if officers patrolling the event had not stopped the gunman so quickly.

Santino William Legan, 19, cut through a fence and appeared to randomly target people with an “assault-type rifle” Sunday afternoon, the end of the three-day Gilroy Garlic Festival that attracts about 100,000 people to the city known as the “Garlic Capital of the World,” Gilroy Police Chief Scot Smithee said.

Police responded in less than a minute, and Legan turned his “AK-47-type” gun on the officers, Smithee said. Three officers fired back and killed Legan, who legally purchased the weapon in Nevada this month.

“I can’t tell you how proud I am of the officers who were able to engage this guy as quickly as they did,” the police chief said. “We had thousands of people there. It could have gone so much worse so fast. … There absolutely would have been more bloodshed.”

The festival in the agricultural city of 50,000 about 80 miles (176 kilometers) southeast of San Francisco had security that required people to pass through metal detectors and have their bags searched.

The shooter sneaked in through a fence that borders a parking lot next to a creek, Smithee said, and the gunfire sent panicked people running away and diving for cover under tables and a concert stage.

Some witnesses reported a second suspect, Smithee said, but it was unclear whether that person was armed or just helped in some way. A manhunt stretched into Monday.

‘My son had his whole life to live’

Six-year-old Stephen Romero, 13-year-old girl and a man in his 20s were killed, authorities and family said.

“My son had his whole life to live and he was only 6,” Alberto Romero told San Francisco Bay Area news station KNTV. “That’s all I can say.”

The boy’s grandmother, Maribel Romero, told Los Angeles station KABC-TV that she searched several hospitals before learning he had died. She said he was “always kind, happy and, you know, playful.”

Officials didn’t release the names of the other two victims. The wounded were taken to multiple hospitals, and their conditions ranged from fair to critical, with some undergoing surgery. At least five have been released.

Police searched the two-story home of Legan’s family less than a mile from the garlic festival and a dusty car parked outside before leaving the house Monday with paper bags and what appeared to be other evidence.

Jan Dickson, a neighbor across the street, said Santino Legan had not lived there for at least a year and that SWAT officers came to the home Sunday night. She called the Legans “a nice, normal family.”

“How do you cope with this? They have to deal with the fact that their son did this terrible thing and that he died,” Dickson said.

The Gilroy Garlic Festival features food, cooking contests and music and is a decades-old staple in the city. Authorities said police, paramedics and firefighters were stationed throughout the event.

The band TinMan was starting an encore Sunday when the shooting started. Singer Jack van Breen said he saw a man wearing a green shirt and grayish handkerchief around his neck fire into the food area.

Van Breen, from nearby Santa Clara, said he heard someone shout: “Why are you doing this?” The reply: “Because I’m really angry.”

The audience began screaming and running, and the five members of the band and others dove under the stage.

Bandmate Vlad Malinovsky said he heard a lot of shots and then it stopped. Later, law enforcement told those hiding to come out with their hands up.

Donna Carlson of Reno, Nevada, was helping a friend at a jewelry booth when “all of a sudden it was pop, pop, pop. And I said, ‘I sure hope that’s fireworks.’” She got on her hands and knees and hid behind a table until police told her it was safe to leave.

“We express our deepest sadness and sorrow for the families who lost a precious loved one in the horrific shooting last night in Gilroy, California,” Trump said before an event at the White House.

In a tweet, California Gov. Gavin Newsom called the bloodshed “nothing short of horrific” and said he was grateful for the police response.

Evenny Reyes of Gilroy, 13, told the Mercury News in San Jose that she spent the day at the festival with her friends and relatives.

“We were just leaving and we saw a guy with a bandanna wrapped around his leg because he got shot. And there were people on the ground, crying,” Reyes said. “There was a little kid hurt on the ground. People were throwing tables and cutting fences to get out.”

Reyes said that she didn’t run at first because the gunshots sounded like fireworks.

“It started going for five minutes, maybe three. It was like the movies — everyone was crying, people were screaming,” she said.

Associated Press reporter Mike Balsamo in Washington and Martha Mendoza in Gilroy contributed to this report.