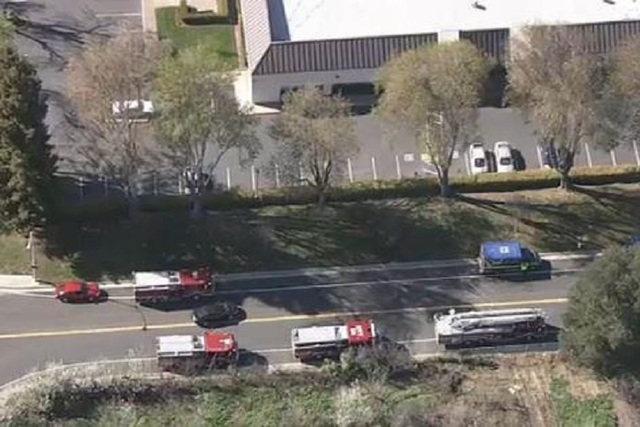 She could not confirm reports in local media of an explosion at the building. (Screengrab, NBC Bay Area)

The spokeswoman said the incident took place at a building in Sunnyvale, about 40 miles southeast of San Francisco, but she had no further details.

She could not confirm reports in local media of an explosion at the building.