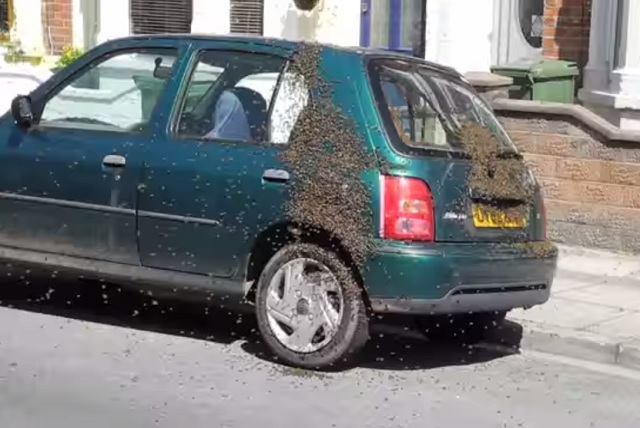 A 21-year-old student in England got quite the surprise when 20,000 bees decided to turn his car into their new hive.

A queen bee migrated to student George Neal’s Nissan Micra outside of his home in Hampshire, England, and the rest of the hive followed.

Neal’s roommate, Rory Edwards, spotted the colony and filmed it to show Neal.

Edwards told ITV, “It was a bit of a strange sight. The bees were pretty timid, though — they weren’t really interested in anything but George’s car. Maybe they wanted a lift.”

The city council sent a beekeeper to the car to handle the swarm.

“Although none of us are allergic, we thought George probably would not want his car covered in a swarm of bees,” Edwards said. “He did literally have a bee in his bonnet though.”

Watch the video below.