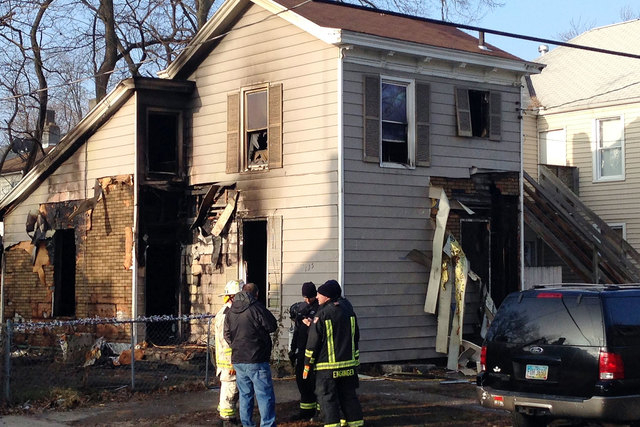 Firefighters stand outside the Hamilton, Ohio, home where an early morning fire killed three children and sent their parents and two other children to hospitals on Friday, Dec. 12, 2014. (AP Photo/Dan Sewell) 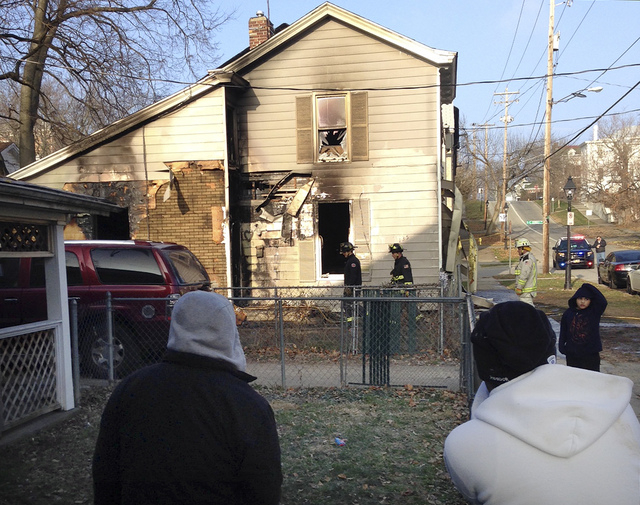 Relatives of the fire victims watch firefighters outside the Hamilton, Ohio, home where an early morning fire killed three children and sent their parents and two other children to hospitals on Friday, Dec. 12, 2014. (AP Photo/Dan Sewell)

HAMILTON, Ohio — A fire erupted at a southwest Ohio home early Friday, killing three children as their mother screamed and their father tried in vain to rescue them, witnesses and authorities said. The parents and two other kids were taken to hospitals.

The blaze killed a 7-year-old boy and two girls, ages 10 and 12, said Deputy Chief Ken Runyan of the Hamilton Fire Department. Firefighters using ladders found the children on the second floor of the home in Hamilton, about 20 miles north of Cincinnati.

Their father was flown to a Cincinnati hospital after emergency responders found him trying to save the children. He was burned and expected to remain hospitalized for days, said his brother, Leonardo Flores.

The children’s mother and a 9-year-old boy were taken to a local hospital. A 2-year-old was sent with them, though it wasn’t clear whether that child was hurt.

Neighbor Liz Delk, who lives down the street, recalled getting up for work at around 2:30 a.m., peering out the window and seeing the woman running from the home.

“We heard her screaming and it was just up in flames,” Delk said, adding, “There was nothing that could be done.”

Someone called 911, and fire trucks were there within a few minutes, Delk said.

Authorities had no immediate information on what caused the fire, which will be investigated by the state fire marshal’s office.

Flores, who is among a group of relatives that live along the same street, said the family had lived in the home for a while. He was quiet as he and others surveyed the scene later Friday morning.

Debbie Batchelder knew the children from volunteering with an independent Christian neighborhood ministry called Freedom Chapel. She said the children often attended Wednesday evening gatherings where they would read Bible stories, make crafts and eat food with other children, most of them Mexican-American.

She said that when Wednesday’s session ended, the family’s 7-year-old told her: “You didn’t give me a hug!” So she hugged him.

“That was the very last thing he said to me,” she said outside the home Friday. “It’s heartbreaking. You feel helpless.”