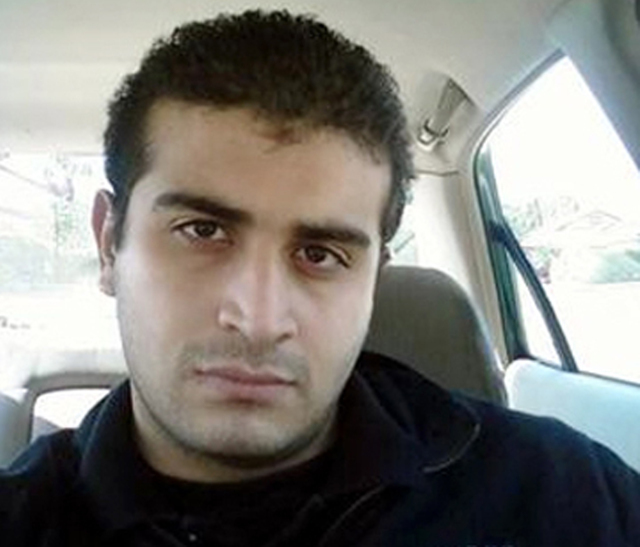 FORT PIERCE, Fla. — A bartender says the Florida nightclub shooter stalked her nearly a decade ago, sending her so many uncomfortable messages on Facebook that she blocked him on the social network.

“He was one of those guys who wouldn’t leave me alone,” Heather LaSalla of Fort Pierce, Florida, told an Associated Press reporter in an interview Friday at the doorway of her home. She worked at a bar in Port St. Lucie at the time, and Omar Mateen had started coming there, mostly by himself.

The tone of Mateen’s messages made LaSalla uncomfortable, she said, but she never filed a criminal complaint.

She ran into him again at a park in November while she was with her young son and Mateen was with his, she said.

“He still had that weird vibe to him,” LaSalla said, but she didn’t feel in danger as Mateen told her had a wife and talked about his son’s soccer league.

Then, in the aftermath of the shooting, she said she recognized Mateen immediately from his picture on television. Early Sunday, he opened fire at the Pulse nightclub, leaving 49 victims dead.

“It’s just weird that he snapped like that,” LaSalla said.

Mateen’s father has suggested he had anti-gay feelings and that he recently had become angry after seeing two men kiss. But others have said he was a regular at the gay club in Orlando and that he tried to pick up men there.

When asked whether she believed Mateen was gay, LaSalla said, “I’ve been a bartender for 10 years, and I never noticed he was gay.” She said he never propositioned her, exactly, in his Facebook messages.

Other details have emerged about Mateen’s early life, with school records showing that he talked frequently about sex and violence as early as the third grade and was suspended for a total of 48 days.

At least some of the suspensions were for fighting that involved injuries; others were for unspecified rules violations, according to records from Martin County, Florida. Mateen attended high school and part of middle school there, spending time on three campuses in all, including one alternative facility. He withdrew from Martin County High School in 2003 and eventually graduated from Stuart Adult Community High School with a standard diploma, the records show.

He attended elementary and early middle school in neighboring St. Lucie County, where teachers regularly found him disruptive and struggling academically because of a lack of focus.

A third-grade teacher wrote that Mateen was “very active … constantly moving, verbally abusive, rude, aggressive.” The teacher describes “much talk about violence & sex” with Mateen’s “hands all over the place — on other children, in his mouth.”

In seventh grade, school administrators moved Mateen to another class to “avoid conflicts with other students.” That same report said Mateen was doing poorly in several subjects because of “many instances of behavioral problems.”

In a 1999 letter to Mateen’s father, one of his middle school teachers wrote that the boy’s “attitude and inability to show self-control in the classroom create distractions and become a main source of difficulty for him.”

Trauma surgeons scrambled with rush of shooting victims in Orlando

Over $5.3M raised for victims of Orlando nightclub shooting

These are the victims of the gay nightclub massacre in Orlando