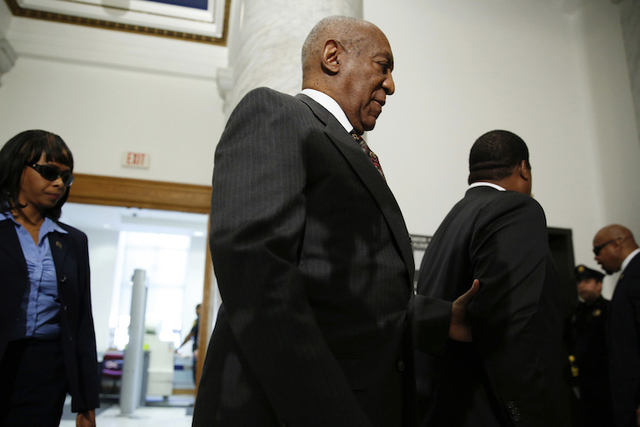 Comedian Bill Cosby arrives at the Montgomery County Courthouse for a preliminary hearing related to assault charges, May 24, 2016, in Norristown, PA. (DOMINICK REUTER/AP) 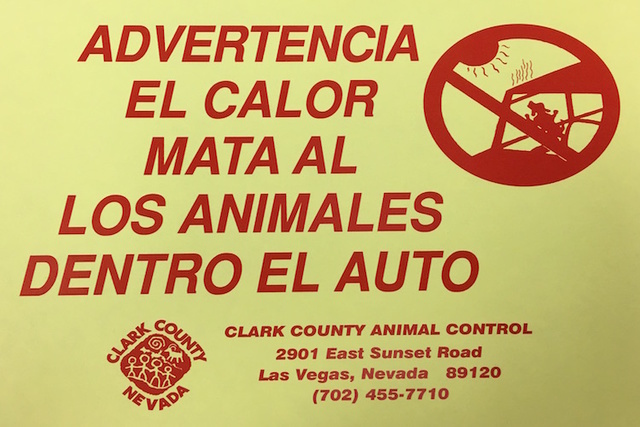 When officers remove a pet from a vehicle, they plaster the vehicle with these warning signs, in English and Spanish. (Caitlin Lilly/Las Vegas Review-Journal) 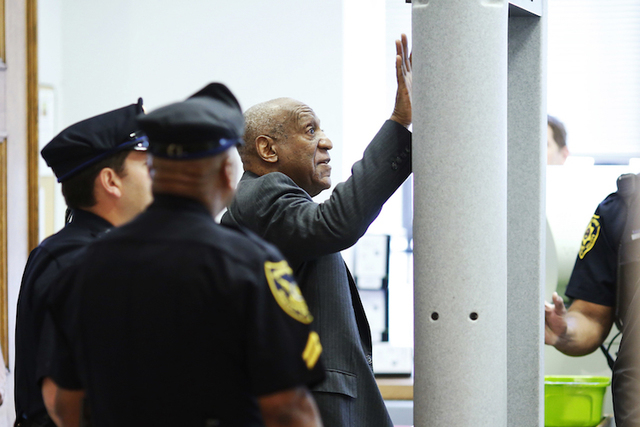 Comedian Bill Cosby touches the metal detector after bumping into it as he arrives at the Montgomery County Courthouse for a preliminary hearing related to assault charges, May 24, 2016, in Norristown, PA. (DOMINICK REUTER/AP) 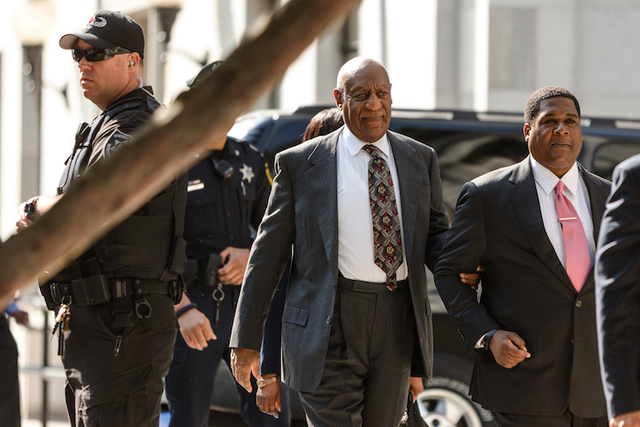 Bill Cosby arrives for a preliminary hearing on whether prosecutors have enough evidence to put him on trial on charges he drugged and sexually assaulted a woman over a decade ago, at the Montgomery County Courthouse, in Norristown, Pa., Tuesday, May 24, 2016. (James Robinson/PennLive.com/AP) 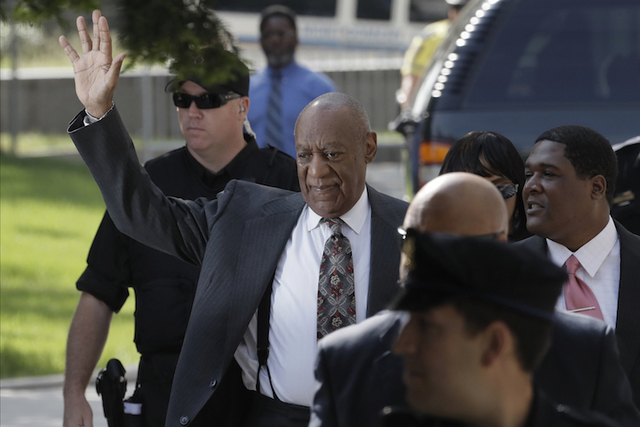 Bill Cosby waves to supporters as arrives at the Montgomery County Courthouse for a preliminary hearing, Tuesday, May 24, 2016, in Norristown, Pa. Cosby is accused of drugging and molesting a woman at his home in 2004. (Matt Slocum/AP)

Update: Bill Cosby’s lawyers gave a blistering preview of the questions the actor’s accuser will face at trial, as a judge refused to dismiss the sex-assault case at a preliminary hearing.

The defense Tuesday attacked the consistency of Andrea Constand’s police statements; offered context to her friendship with Cosby; and insisted she gave consent to the sex acts that occurred at his home near Philadelphia in early 2004.

Constand did not testify, a decision meant to spare her from being cross-examined before trial. Under a recent state law, prosecutors can instead have witness statements read into the record.

The defense objected to Constand’s absence during the half-day hearing, which marked the first time that police statements from either Constand or Cosby, 78, have been aired in public. Defense lawyer Brian McMonagle complained that he could not challenge her account.

“They chose not to present a witness to make an accusation against Mr. Cosby. So you’re left with what’s on that paper,” McMonagle argued referring to the statement.

No trial date has been set, and lawyers are expected to spend months arguing over what evidence can be used — most notably, whether other accusers can testify and whether Cosby’s deposition from Constand’s civil lawsuit can be used.

McMonagle on Tuesday suggested that Constand was having a relationship with a married man and that the pair had engaged in “petting” during a few earlier visits to his home. Constand, in her statement, said she had brushed off his advances.

On the night in question, she said that Cosby urged her to take three blue pills “to take the edge off” her stress and to wash them down with wine he had poured. Twenty minutes later, her legs turned to “jelly.”

“Everything was blurry and dizzy,” Constand told police. “I told him, ‘I can’t even talk, Mr. Cosby.’ I started to panic.”

McMonagle argued that Constand “voluntarily” took the pills and perhaps had a bad reaction. He said she was “incapacitated by her own hand, by her own drinking.” And he questioned her continued contact with Cosby in the year between their encounter and her first call to police.

NORRISTOWN, Pa. — Andrea Constand told authorities that Bill Cosby violated her sexually after giving her three blue pills that made her dizzy, blurry-eyed and sick to her stomach, her legs “like jelly,” according to a police report read in court Tuesday.

“I told him, ‘I can’t even talk, Mr. Cosby.’ I started to panic,” the former Temple University athletic department employee told police in 2005.

The statement was introduced at a preliminary hearing held to determine whether prosecutors have enough evidence to put the 78-year-old TV star on trial on sexual assault charges that could bring 10 years in prison.

In his own statement to police, also read in court, Cosby portrayed it as consensual sexual activity, saying Constand never said “no” as he put his hand down her pants.

The hearing was not the face-to-face confrontation between accuser and accused that some had anticipated: Constand was not in the courtroom, and the judge ruled that she would not have to testify and that prosecutors could instead have her statements to police read into the record.

Cosby’s lawyers argued unsuccessfully that that would be hearsay and would deprive him of his right to confront his accuser. Such testimony from law enforcement officers is common practice at preliminary hearings in Pennsylvania, which have a far lower burden of proof than trials.

In her statement, Constand said Cosby penetrated her with his fingers as she drifted in and out of consciousness soon after he gave her the pills at his suburban Philadelphia mansion in 2004.

She said Cosby told her the pills were herbal medication. She said he also urged her to sip wine even though she said had not eaten and didn’t want to drink.

Constand said her legs felt “rubbery” and “like jelly.” ”Everything was blurry and dizzy. I felt nauseous,” she said.

Constand told detectives that Cosby positioned himself behind her after telling her to lie down on the couch. She said she awoke with her bra askew and did not remember undoing it.

In excerpts read in court from his own statement to police in 2005, a seemingly relaxed Cosby said he and Constand had had other “petting” sessions before.

Cosby also told police the pills were over-the-counter Benadryl that he takes to help him sleep. He said he gave Constand one and a half pills and she did not ask what they were.

During Tuesday’s hearing, Cosby attorney Brian McMonagle questioned why Constand continued to see the comedian and even returned to the house to meet with him after the alleged assault.

Detective Katherine Hart testified that Constand told detectives in 2005 that she went back to Cosby’s home to confront him about what had happened.

Constand also told detectives she contacted Cosby after moving to Canada because she wanted tickets to one of his comedy shows. McMonagle said Constand brought a present for Cosby.

Earlier Tuesday, the comedian walked into the courthouse on the arm of an aide, waving to people waiting outside. He looked healthier than he did when he was charged in December, and was not carrying a cane this time.

Prosecutors reopened the case last year after dozens of women leveled similar allegations and after Cosby’s sealed deposition in Constand’s lawsuit was made public.

He settled her lawsuit for an undisclosed sum in 2006 after testifying about his extramarital affairs, his use of quaaludes to seduce women and his efforts to hide payments to former lovers from his wife.

The testimony and the barrage of allegations have all but destroyed Cosby’s nice-guy image from TV’s “Cosby Show.”

Cosby’s lawyers are trying to get the case thrown out, arguing that a previous prosecutor a decade ago made a binding promise that the comic would never be charged. On Monday, Pennsylvania’s Supreme Court rejected a request to delay the preliminary hearing while Cosby pursues a dismissal.

Cosby has not entered a plea since his Dec. 30 arrest. He is free on $1 million bail.

He is also fighting defamation lawsuits across the country for allegedly branding his accusers liars and is trying to get his homeowner insurance to pay his legal bills.

Constand is now a massage therapist in Toronto. 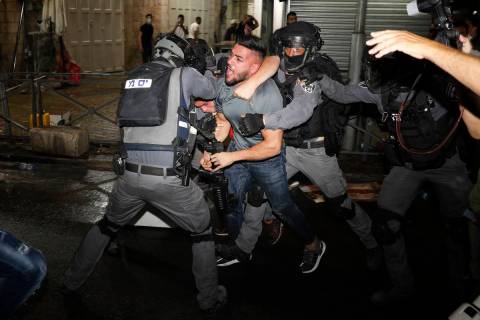 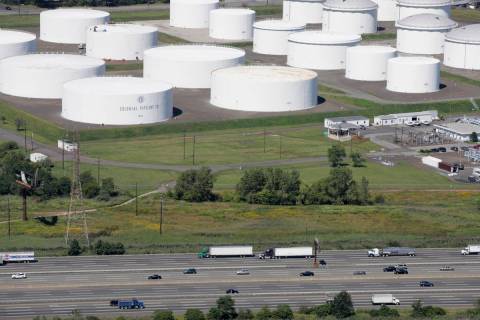 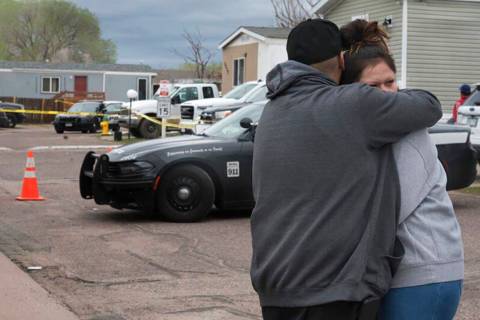