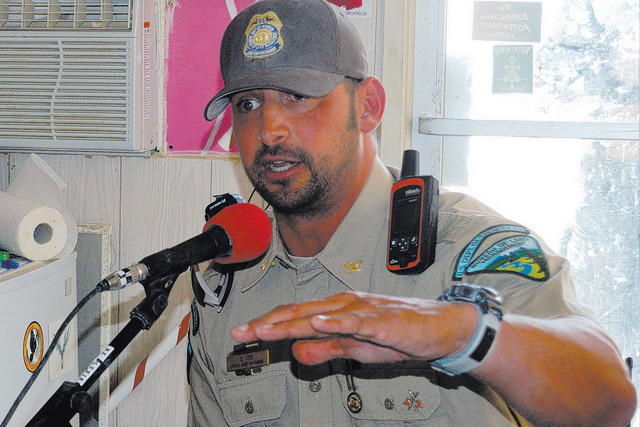 Daniel Love, special agent in charge for the the Bureau of Land Management in Nevada and Utah, gives a radio interview during the Burning Man festival in 2015. Love has been picked to oversee security at BLM facilities nationwide. (BLM Nevada/Flickr) 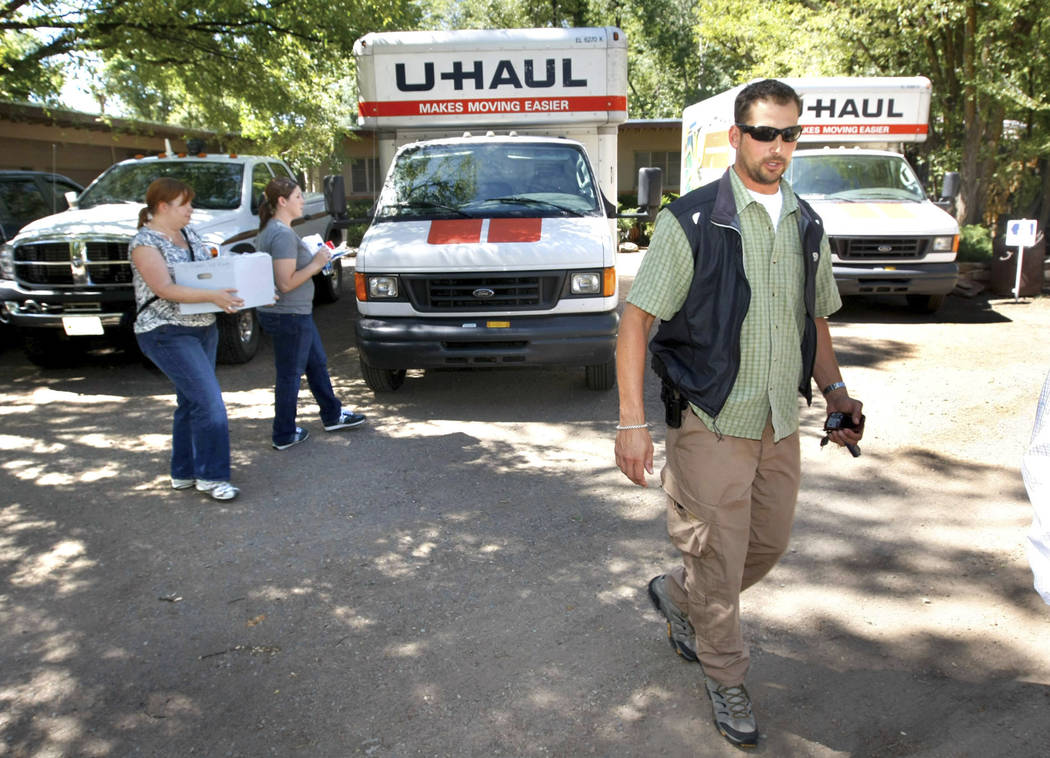 Daniel Love, a special agent with the Bureau of Land Management, walks in front of Carl "Vern" Crites' home in Durango Colo., on Aug. 19, 2009, after Crites voluntarily turned over his entire collection of ancient artifacts during a sweeping federal investigation of looting and grave-robbing in the Four Corners region. In a report released Thursday, Aug. 24, 2017, federal investigators released a report that says Love took valuable stones held as evidence and distributed them "like candy" to colleagues and a contractor. (Jerry McBride/The Durango Herald via AP, File)

SALT LAKE CITY — A Bureau of Land Management agent who has been scrutinized for past behavior took valuable stones held as evidence and handed them out “like candy” to colleagues and a contractor, federal investigators said in a report made public Thursday.

Love was previously faulted for using his influence to get tickets to a sold-out Burning Man counterculture festival in Nevada’s Black Rock Desert that he was helping oversee security for and manipulating a job search for a friend.

U.S. Department of Interior investigators also found Love told an employee to delete some emails that contained bureau information requested by then-U.S. Rep. Jason Chaffetz. Though the report does not name Love, Chaffetz confirmed Thursday that his request had been directed to Love. Chaffetz did not specify the nature of the request.

“We were deeply concerned he was manipulating the record. I’m glad they dove deep into this,” Chaffetz said. “It’s against the law to change the federal record, particularly when you’re motivated to protect your own rear.”

A lawyer for Love, Lisa Kleine, did not immediately telephone message seeking comment. A publicly listed number for Love has been disconnected.

The report states that Love in the spring of 2016 told a federal employee to take seized stones known as moqui marbles out of an evidence room so he could give them to a contractor who had done work on the agency’s building in Salt Lake City. The rocks are unique geological formations of iron oxide that form in sedimentary rock.

The agency had thousands of rocks that were seized during an investigation into whether they had been collected illegally from an unnamed national park, and a professor estimated their retail value at $160,000 to $520,000.

They were stored in dozens of 5-gallon (19-liter) buckets, and Love told an employee to get him four of the best rocks for gifts.

The employee told investigators he had “bad feeling” about taking them from the evidence room, but followed instructions because Love was a law enforcement officer and “scary.” The contractor later returned the marbles.

Several other employees also had the stones, and one told investigators that Love was “giving them out like candy.”

During the investigation, Love refused to turn over his government-issued laptops, saying they’d been lost — something he previously told colleagues that he planned to do if he ever got in trouble, according to the investigative report. Love declined to be interviewed by investigators.

Love oversaw the Bundy cattle roundup in Nevada in 2014. He also led agents in a 2009 southern Utah artifact-looting investigation that marked an early skirmish in the Western U.S. conflict over control of public lands.

Love was sued for over the artifacts raid by family of a doctor, James Redd, who killed himself after he was arrested. That case was later dismissed.