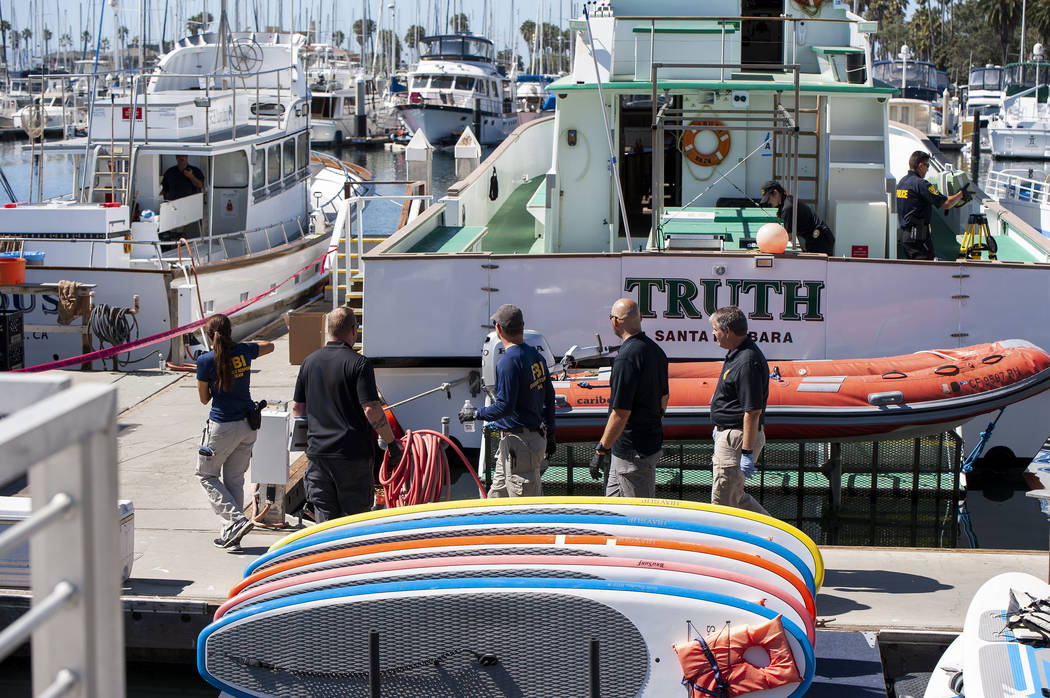 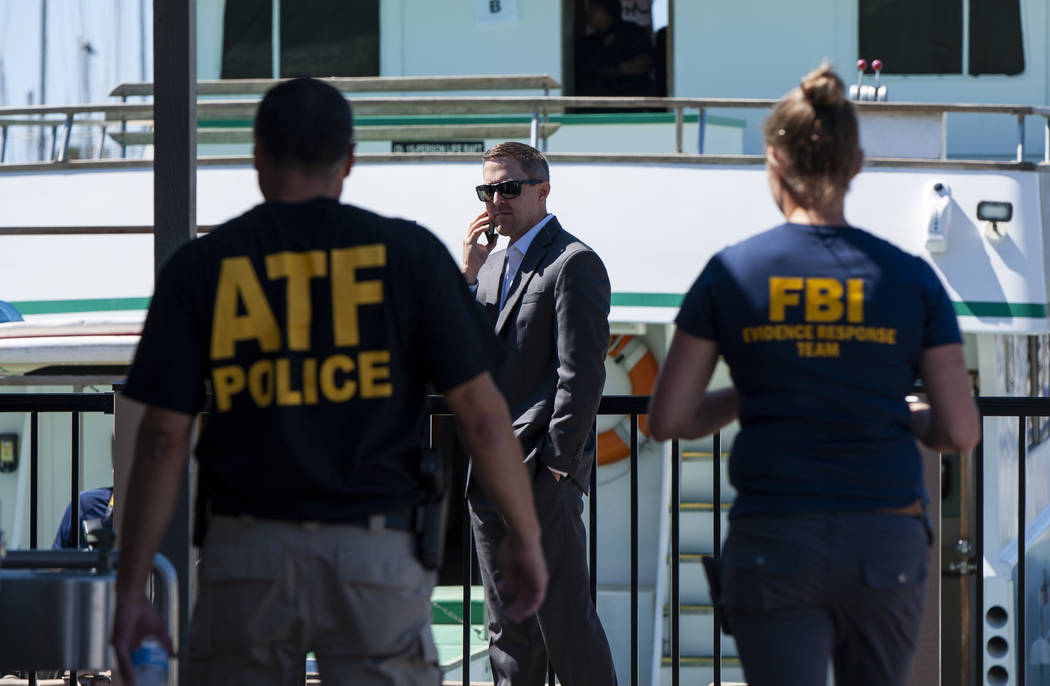 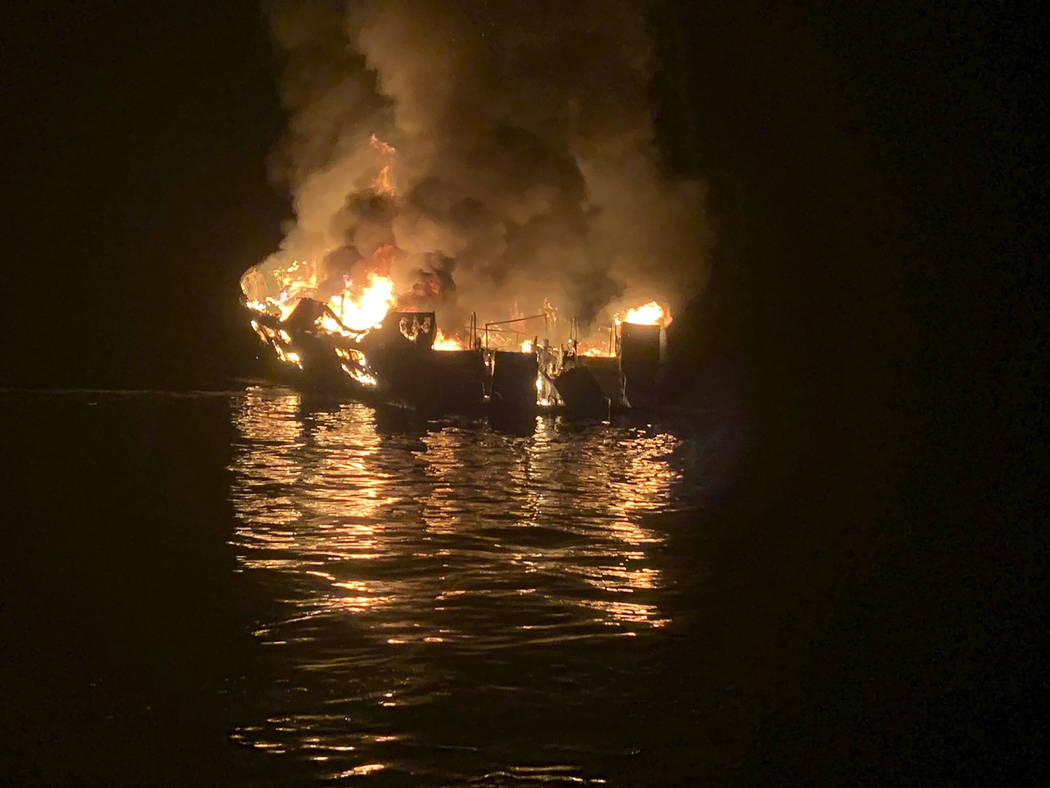 A dive boat is engulfed in flames after a deadly fire broke out aboard the commercial scuba diving vessel off the Southern California Coast, Sept. 2, 2019. (Santa Barbara County Fire Department via AP, File) 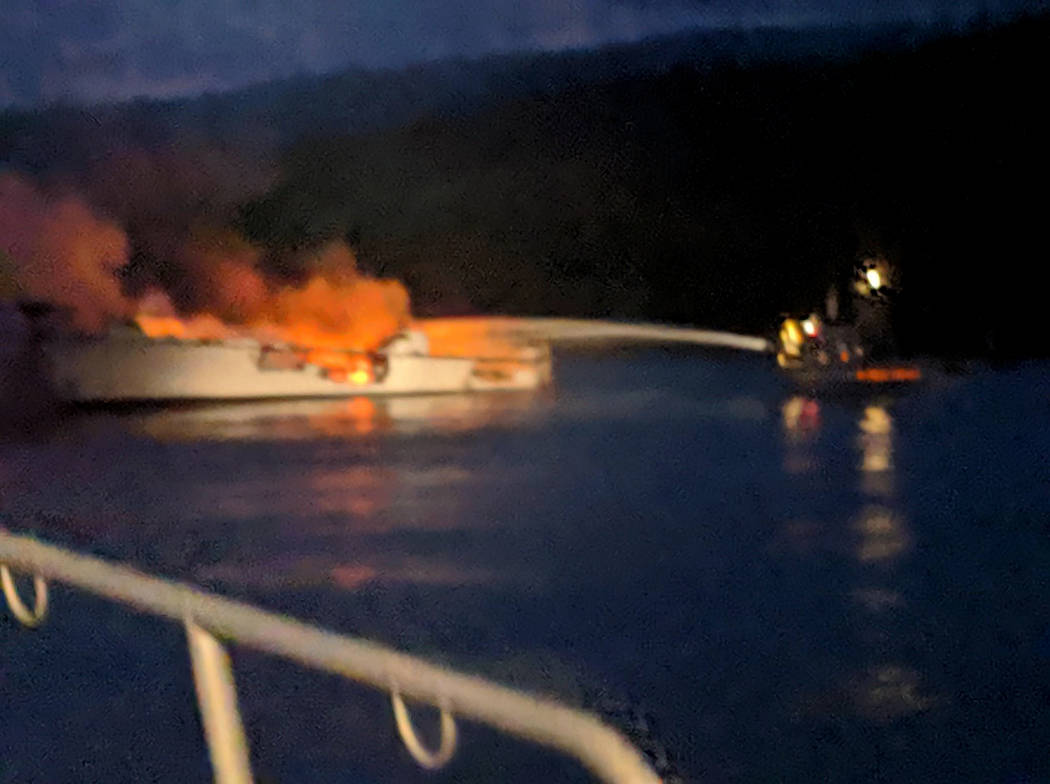 Firefighters work to extinguish a dive boat engulfed in flames after a deadly fire broke out aboard the commercial scuba diving vessel off the Southern California Coast, Sept. 2, 2019. (Santa Barbara County Fire Department via AP, File) 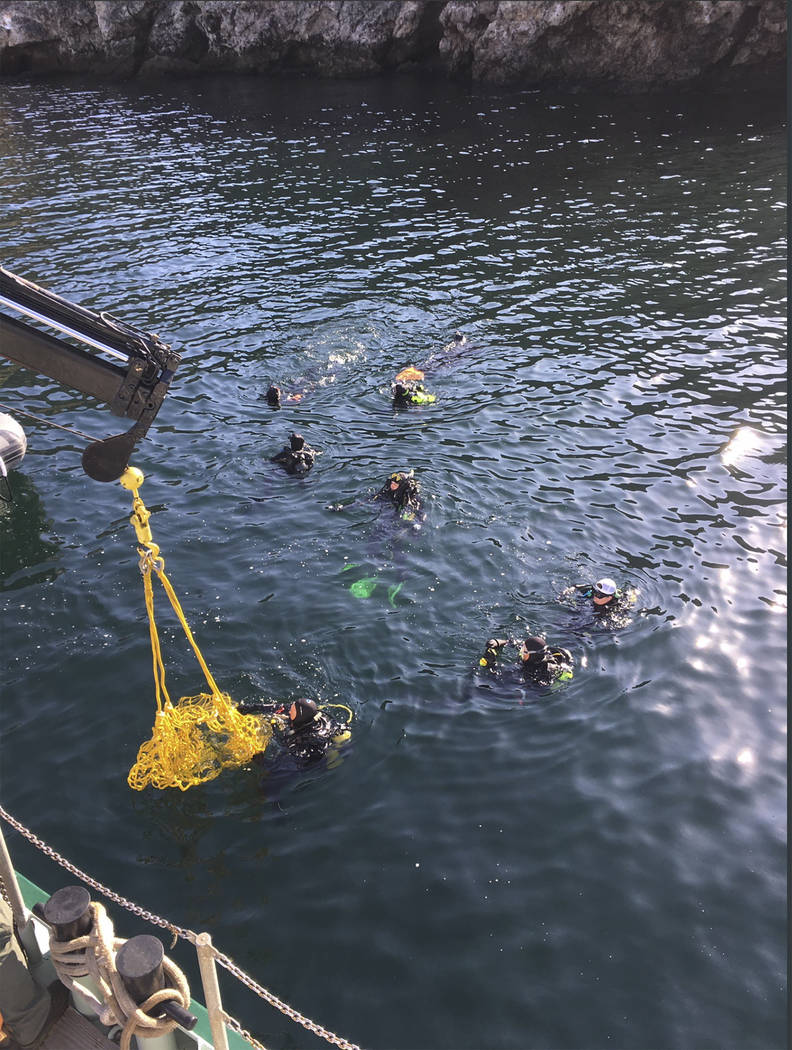 Divers and support crews from many agencies working the scene of the dive boat fire off Santa Cruz Island, Calif., Sept. 4, 2019. (Santa Barbara County via AP)

The FBI, Coast Guard and U.S. attorney in Los Angeles are overseeing the investigation, according to the two people who were not authorized to speak publicly and commented on condition of anonymity.

On Friday, Santa Barbara County Sheriff Bill Brown said the investigation had not yet taken a criminal turn, though charges were possible. That turn of events appeared to happen Sunday when federal agents raided the office of the boat’s owner, Truth Aquatics Inc. in Santa Barbara, and its two remaining vessels.

Investigators have been gathering other evidence, including interviewing the captain and four surviving crew members, since the Sept. 2 tragedy off the Channel Islands.

Thirty-three passengers and one crew member were trapped below deck when the fire broke out after 3 a.m. on the Conception. Initial examinations indicate the people died of smoke inhalation before being burned, Brown said. All but one body has been found.

Efforts by the crew to save the trapped victims were unsuccessful because the fire was out of control and they had to abandon ship, according to authorities who spoke with them and the boat’s owner.

Authorities are looking into various safety issues, including whether a night watchman was on duty when the blaze broke out before dawn.

If charges are brought, prosecutors are likely to apply an obscure federal law known as the Seaman’s Manslaughter Statute, which predates the Civil War and was enacted to punish negligent captains, engineers and pilots for deadly steamboat accidents that killed thousands.

The crime carries a potential penalty of up to 10 years in prison and sets a low bar for prosecutors, who only need to prove simple negligence or misconduct on the part of the captain or crew.

The law can also be extended to a boat owner or charterer who engages in “fraud, neglect, connivance, misconduct, or violation of law” that takes a life. That is harder to prove and used less frequently, said attorney Kierstan Carlson, who advises maritime clients to expect a criminal investigation in the case of deaths.

A ship captain could be convicted if found to not have proper firefighting or safety equipment aboard or failing to have someone keeping watch.

“That means somebody in charge of the vessel, in charge of major operations,” Carlson said. “There are some cases where a captain will put a really junior person who is not sufficiently experienced in charge. That would also be a breach of the standard of care.”

While the manslaughter law was not widely used after being written in 1838 and beefed up in 1852, it has been used more frequently in the 21st century, Carlson said.

The charge was brought in the 2003 Staten Island ferry crash that killed 11, the 2010 Deepwater Horizon oil rig blowout and the sinking last summer of a duck boat in Missouri that killed 17.

The criminal probe is taking place as multiple agencies look into the cause of the fire aboard the boat.

The Bureau of Alcohol, Tobacco, Firearms and Explosives is investigating the fire’s cause and origin, while the National Transportation Safety Board is looking into the safety aspects of the probe.

High winds have postponed the search for the final victim, as well as salvaging the vessel that sits upside down in 65 feet (20 meters) of water off Santa Cruz Island.