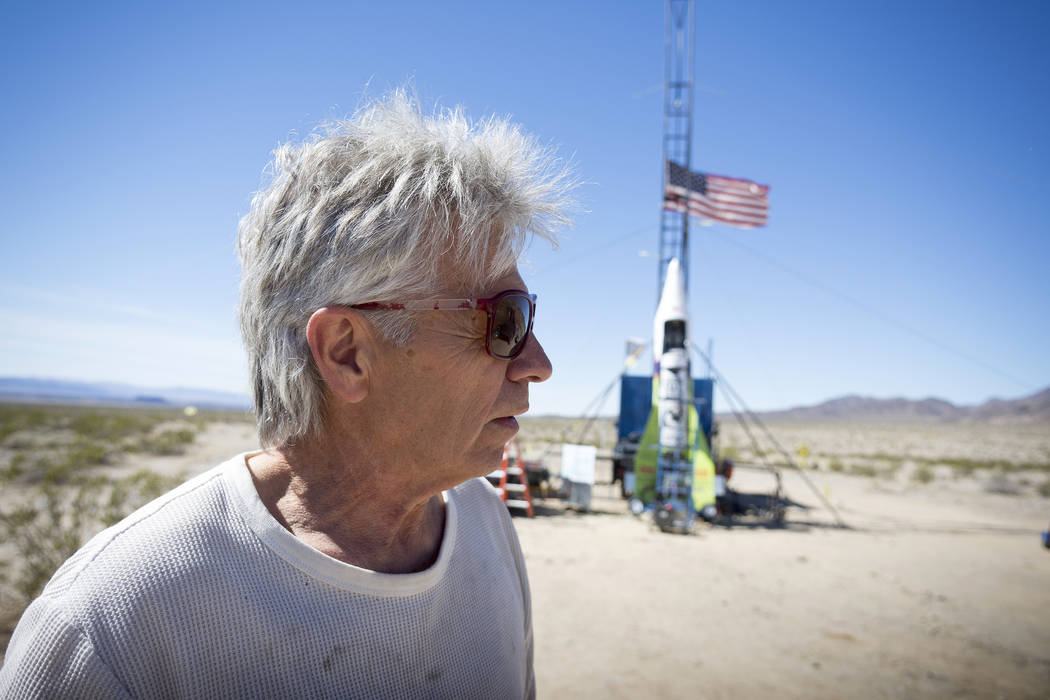 "Mad" Mike Hughes reacts after the decision to scrub another launch attempt of his rocket near Amboy, Calif., in March 2018. (James Quigg/Daily Press via AP) 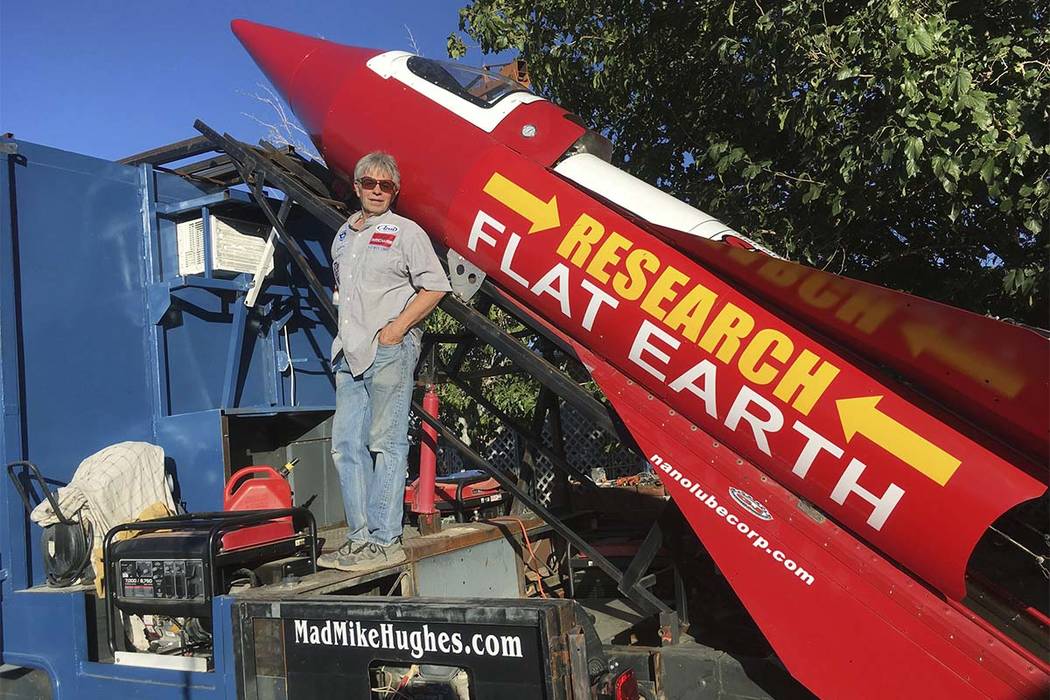 Daredevil/limousine driver Mad Mike Hughes is shown with with his steam=powered rocket constructed out of salvage parts on a five-acre property that he leases in Apple Valley, Calif., in November 2017. (Waldo Stakes/HO courtesy of Mad Mike Hughes via AP)

BARSTOW, Calif. — A self-styled daredevil died Saturday after a rocket in which he launched himself crashed into the ground, a colleague and a witness said.

“Mad” Mike Hughes died after the homemade rocket crashed on private property near Barstow about 1:52 p.m. near Highway 247, the Daily Press of Victorville reported.

Waldo Stakes, a colleague who was at the rocket launch, said Hughes, 64, was killed.

“It was unsuccessful, and he passed away,” Stakes told The Associated Press. He declined further comment.

Justin Chapman, a freelance journalist, told the AP that he and his wife witnessed the crash.

The rocket appeared to rub against the launch apparatus, which might have torn the parachutes attached to it, Chapman said.

The rocket came straight down into the ground, Chapman said.

According to a San Bernardino County Sheriff’s Department statement, deputies were called to the event.

“A man was pronounced deceased after the rocket crashed in the open desert during a rocket launch event,” the statement said. The sheriff’s department did not identify the person who died.

In March 2018, Hughes, who believed the Earth is flat, propelled himself about 1,875 feet into the air before a hard landing in the Mojave Desert.

“My story really is incredible,” Hughes told the AP at the time. “It’s got a bunch of story lines — the garage-built thing. I’m an older guy. It’s out in the middle of nowhere, plus the Flat Earth. The problem is it brings out all the nuts also, people questioning everything. It’s the downside of all this.”